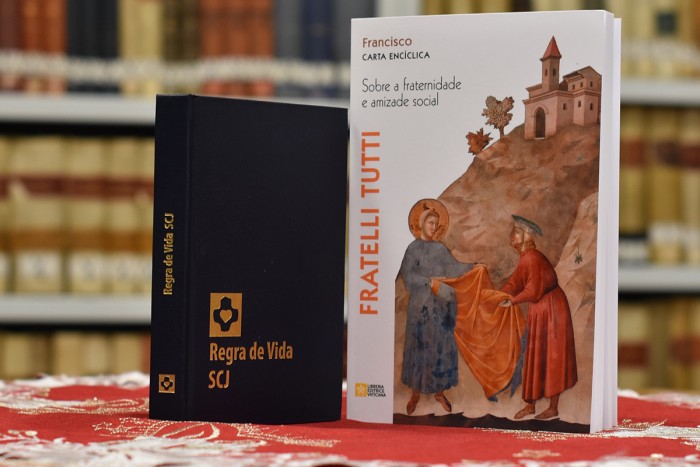 We cannot be indifferent to the brother who is stricken; we have to get to know his wounds and pain.
by  Marcelo A. Reynoso, scj

The title of this section reflects the first common point between the encyclical and our constitution. The encyclical characterizes selfishness as “the rejection of the love of God and brotherhood” (Cst. 95a; cf. 4c and 36). The encyclical “Fratelli tutti” (FT) broadens this perspective by touching on concrete themes; (i) the first of these is the use of the metaphor of walls (Cf. FT 27). For  Pope Francis, it is a question of authentic material walls – conflicts and nationalisms – which have their roots in the walls of the heart and there the various forms of selfishness are born: violence, corruption (corrupt systems), racism, xenophobia and closing oneself off from transcendence (Cf. FT 11, 86, 89, 97, 113, 125, 166 and 283). “The greatest danger does not reside in things, in material realities, in organizations, but in the way people use them” (FT 166); (ii) in a second concrete theme the Pope affirms that “a path of fraternity, both local and universal can only be travelled by free spirits and ready for the real encounters” (FT 50); (iii) in analyzing the parable of the Good Samaritan, he describes the behaviour of the characters of the priest and the Levite as “a dangerously indifferent of not stopping, whether innocently or not, whether the result of disdain or mere distraction – makes the priest and the Levite a sad reflection of the growing gulf between ourselves and the world around us. ” (FT 73); (iv) the encyclical invites us to renounce “the pettiness and resentment of úseles in-fighting and constant confrontation ” (FT 78); (v) when it warns of the danger of “selfish intimacy with the appearance of intense relationships” that nullify the social sense (FT 89).

The second point of agreement is found in the expression of “reparative reconciliation”. In this regard, we read in our Constitution that Christ accomplished the work of salvation “by arousing in hearts, the love for the Father and one another:

a regenerating love, a source of growth for individuals and human communities” (Cst. 20; Cf. 63 and 78). Developing the same line, Pope Francis, using the figure of the Good Samaritan as an image of the Encyclical, invites us to a “reparatory reconciliation”. This is a reconciliation that (i) “will raise us, and make us lose our fear of ourselves and others” (FT 78); (ii) has as its source the love that “creates bonds and expands existence when it draws the person out of himself towards the other” (FT 88); (iii) invites us to be ” capable of going out of ourselves” (FT 89) and to welcome the good experience of others as an opportunity for growth (Cf. FT 134 and 147).

It is also necessary to point out the duplicity of the Samaritan and the host as a figure of “we” (cf. FT 78). The Pope insists that to replicate mercy, “a patient and trusting dialogue is needed” (FT 134; Cf. 229, 231, 236 and 244). It is precisely in this aspect that we Dehonians have the possibility of giving witness, since “in our communities, we seek together the will of God, is a true and fraternal dialogue, in the light of and with a view to the common good” (Cst. 109; Cf. 66-67).

Working for the fraternity as a repairer

He welcomes the harmony of these affirmations with what is expressed in the encyclical. For the Pope “the bitter legacy of injustice, hostility and mistrust” can only be overcome “by overcoming evil with good (Cf. Rom 12:21)”; it is a matter of a force capable of renouncing revenge (Cf. FT 238, 242-243, 251-253 and 266). Overcoming evil requires of us an attitude similar to that of the Good Samaritan. We cannot be indifferent to the brother who is struck down; we must make contact with his wounds, with his flesh. In our society, it is imperative to pay attention to the victims of violence and abuse and to listen to them with an open heart (cf. FT 209-216, 261, 227 and 246). The encyclical thus invites us to take a stand against violence.  There are three biblical passages which illuminate this position: (i) “They shall beat their swords into ploughshares” (Is 2:4); (ii) what the Pope calls the reaction which arose from Jesus’ heart in the face of a violent Peter: “Put your sword back where it belongs! (Mt 26:52); and (iii) a warning from Gen 9:5-6 (Cf. FT 270).

The FT, like our constitution (Cf. Cst 20, 35, 65 and others), touches on the centrality of the Trinity in the ministry. In fact, “without openness to the Father of all, there will be no solid and stable reasons for the call to brotherhood” (FT 272). The centrality of Trinitarian love is underlined by referring to us to the broader context of the two quotations in this issue. We refer to a homily by Francis (cf. note 260) from which only a short sentence is transcribed: “only with the awareness of children who are not orphans can we live in peace among ourselves”; and to number 19 of “Caritas in Veritate” (the third document most quoted in FT).

What is written here is only an outline of some common points between the encyclical letter and our Constitution. No doubt there will be other aspects that need to be illuminated with further reflection. 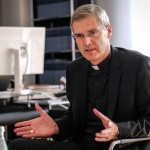 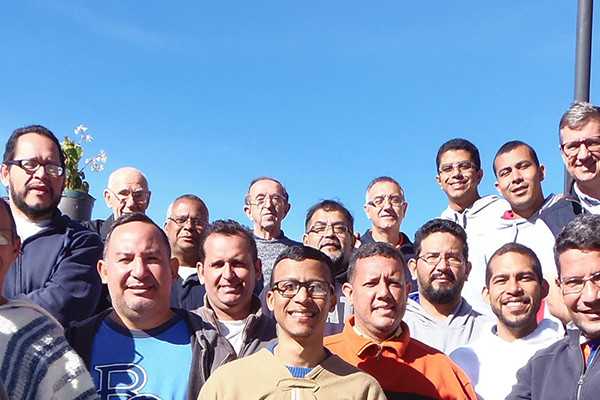 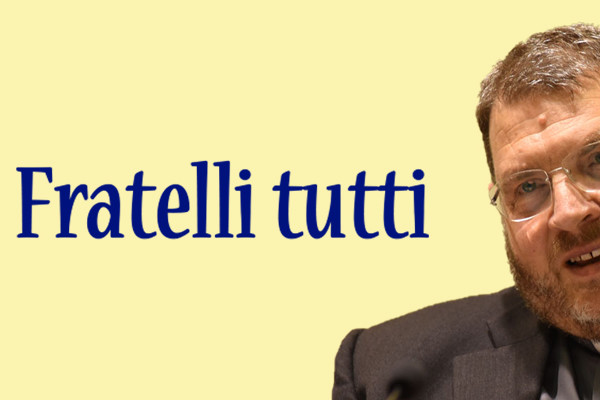 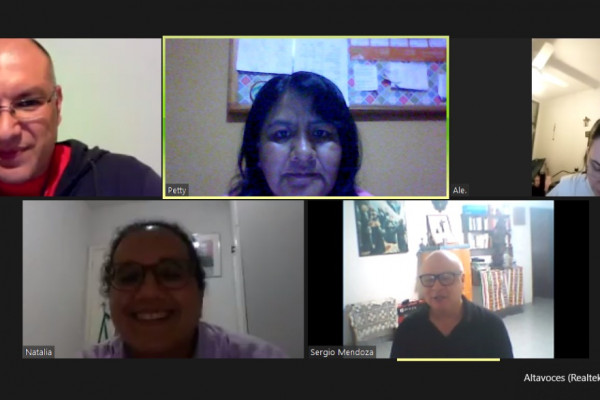 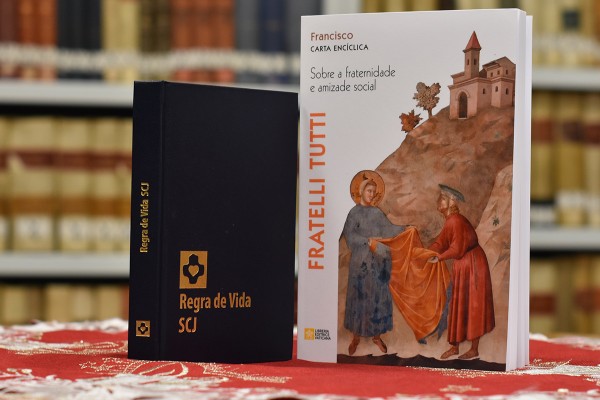 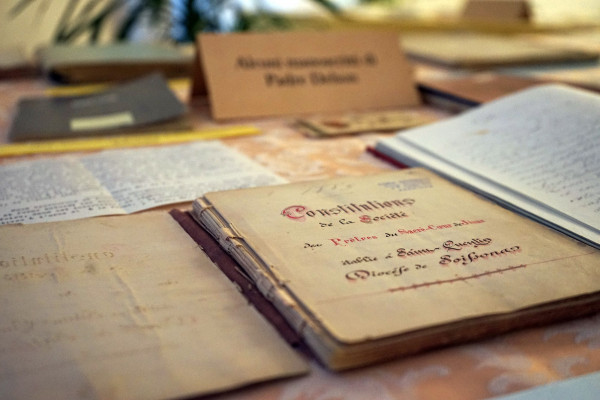 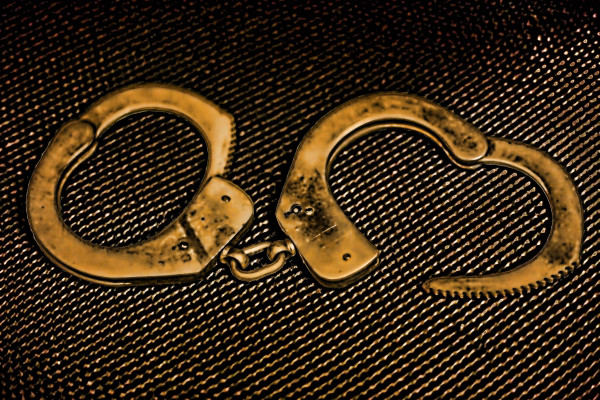 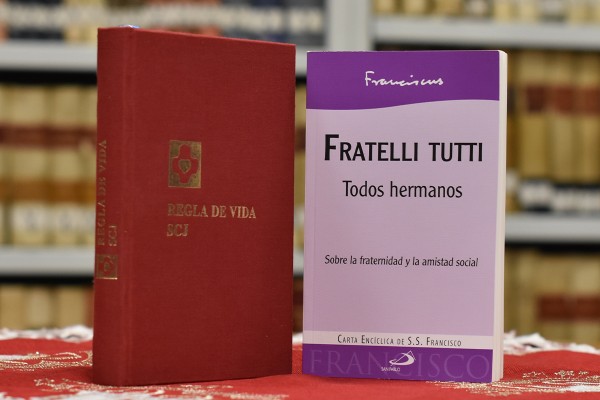 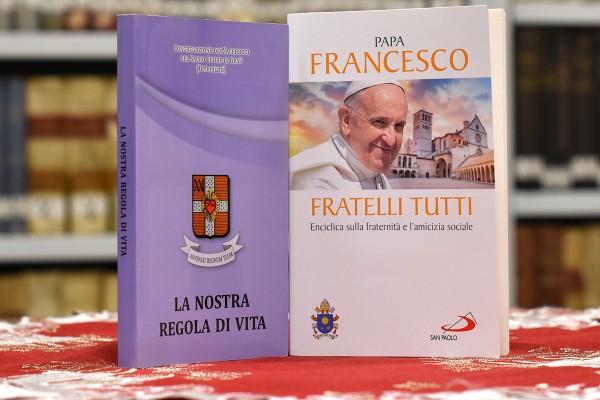 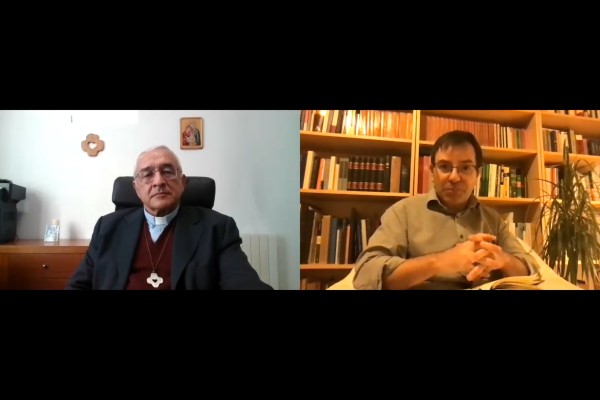 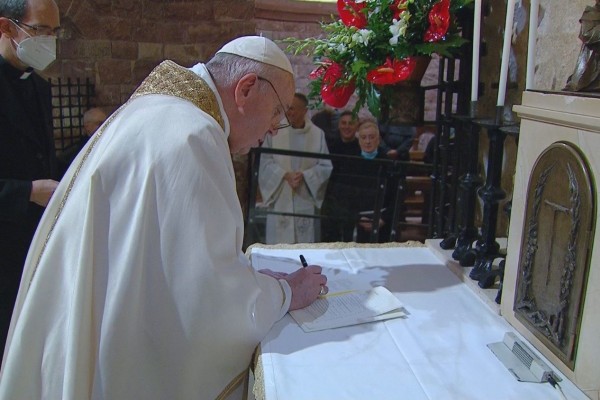