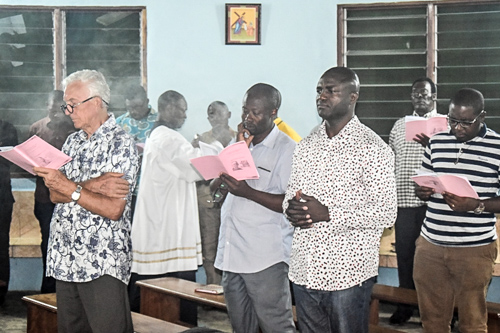 Gathered in their 17th Provincial Assembly from April 3-7, 2018, members of the Priests of the Sacred Heart of Jesus in Cameroon reflected on the smooth running of their province and their togetherness as religious. They came from Tchad, Gobo in the Far North of Cameroon, Ngoya (Obala), Yaoundé, Douala, Bamenda, Ndu, Balikumbat, Bafoussam, Nkongsamba and Ndoungué to meet at the retreat center of the Franciscans of Emmanuel at Mélong II near Nkongsamba.

“The provincial assembly is a place of mutual sharing, dialogue and consultation on our mission. It is an appropriate moment to sit together as a provincial community to evaluate our actions in the light of the Gospel, our charism, and the orientations we have set for ourselves to see how to move forward,” said Fr. Jean Marie Signié, SCJ, provincial superior. He also mentioned the efforts made for the consolidation of the brotherhood in the province during this “year of many graces.” Likewise, he acknowledged the limits and the challenges of the confreres to better witness the gospel.

After the provincial superior’s speech, those present of the Cameroon Province (the province currently numbers 113 religious), were nourished by the Spirituality, Apostolate and Liturgy Commission. Representatives of the commission (Fr. Joseph Kuate, Fr. Guy Bertrand Wabo and D. Daniel Kouobou) helped the assembly reflect on “the devotions and their importance in the living of religious spirituality and charism.”

Then, reports of the provincial commissions, news from the communities, and the reports of the living of the resolutions of the 16th Provincial Assembly gave confreres the opportunity to better know the health of the province. Afterward, they received a presentation about “Faith and Justice” by Fr. Armel FOPA who is the national coordinator of the Faith and Justice Commission of the Conference of Majors Superiors in Cameroon. This commission is fighting against injustice in the society. 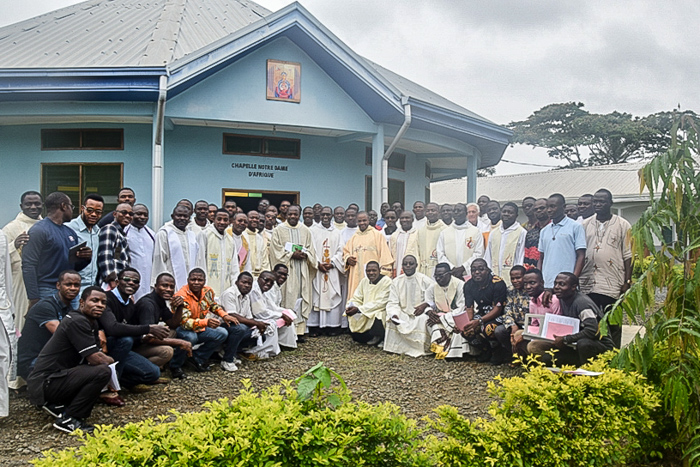 The 17th Provincial Assembly ended with a solemn Mass. The provincial superior was the main presider and he invited each member of the Cameroon Province to lay his stone for the smooth running of the province and to be more engaged with the poor, the marginalized and the weak. Thus, while solemnly and officially ending the work of the 17th Provincial Assembly, he also opened the year of the “Wounded Heart” for the Priests of the Sacred Heart of Jesus in Cameroon. 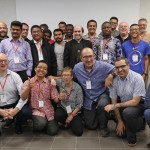