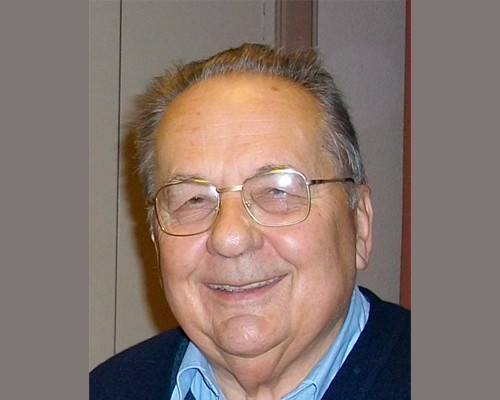 He was currently living in Dauendorf (France). He belonged to the Province EUF.

A great servant of the Congregation and of the living memory of Fr. Dehon has just left us this May 18, 2022 in Dauendorf (Alsace), at the Retreat House of the Servant Sisters of the Sacred Heart, where he had been living after his retirement since 2017, about thirty kilometers away from our community of Illkirch-Graffenstaden (Strasbourg), who’s superior, Fr. André Conrath used to visit him regularly.

Born on August 31, 1931 in Chambéry (Savoie, France), he made his first vows on September 29, 1949 at the novitiate in Amiens. He continued his studies in philosophy from 1949 to 1951 at Uriage (near Grenoble) and in theology from 1953 to 1954, first at Uriage, then from 1954 to 1957 in Lyon (where he obtained his licentiate in theology) and from 1957 to 1958 at the University of Fribourg (Switzerland). He then taught patristics for several years at the SCJ scholasticate in Lyon, before working in the book trade.

Albert Bourgeois, Superior General, asked to write Our Rule of Life during the 1973 General Chapter. In 1979, he was elected General Councilor and became Assistant General to the new Superior General, Fr. Antonio Panteghini. He was re-elected with the new Superior General in 1985 and completed his second term in 1991. After having traveled throughout the Congregation to animate with Fr. General, this tireless and passionate worker quickly put himself at the service of the Study Center (Centro Generale Studi SCJ) in Rome. He had done his utmost to deepen the knowledge of Fr. Dehon. For example, I think he was the only one who read practically all the writings of Fr. Dehon, especially his handwritten correspondence. I also know that he kept an exceptional manual file of biblical quotations in the writings of the Founder (if I remember correctly, Galatians 2:20 was very prominent).

It is therefore with deep thanksgiving for his service to the Congregation and his ever-living memory that we entrust our brother into the hands of his Lord and Master. At his request, his funeral Mass will be celebrated in the church of Saint-Martin, same as the request from Fr. Dehon in Saint-Quentin, and he will be buried in the Congregation’s vault in the cemetery of this city of our foundation on Monday, May 23, 2022.

Letter from the Superior General on the occasion of the death of Fr. André Perroux.

Dear confreres and members of the whole Dehonian Family,

On Wednesday, 18 May 2022 we received the sad news of the death of our confrere, P.   André Perroux, of the Provincia EUF. In the years 1979 – 1991, he was general councilor and Assistant General of P. Antonio Panteghini. At the end of his mandate, in the years 1992 – 2010, he collaborated in the general services of the Congregation, making a valuable contribution to the research and theological reflection of the Center for Dehonian Studies. Among other things, we recall with gratitude his work in the General Commission for the Apostolate and Pastoral Care (1993 – 1997), his fruitful collaboration with the Community of Sant’Egidio in Rome and a great dedication to service for the whole Dehonian Family.

Father Perroux leaves us the witness of his consecration to the Lord lived in trust and generous devotion. His intimacy with Him, his fraternity, and his sensitivity to the neediest were the expression of the intensity with which he lived his life. We must thank him in particular for his contribution to the Congregation to promote knowledge of the life and work of Fr. Dehon. His studies, publications and conferences are a legacy that testifies to his love for our Venerable Founder, for the Congregation and for the whole Dehonian Family.

In accordance with what has been established by our General Directory (DG 69.4), I would like to ask each brother priest to celebrate a Holy Mass in his suffrage(petition) and that all the members of the Congregation have the opportunity to join in prayer to thank for the gift of life and service of Fr.  André, asking the Lord to welcome him into Himself, in the fullness of life.

With all the General Administration I join in the prayer of the EUF Province, of the whole Congregation, of its family and friends, for his eternal rest. 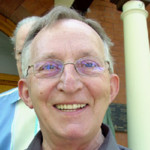