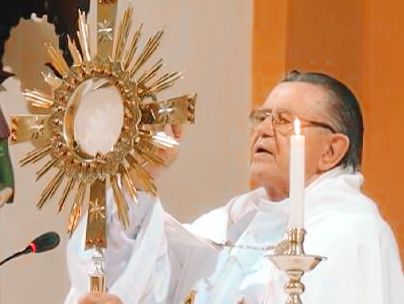 He was currently living in Jaraguá do Sul (Brazil). He belonged to the Province BRM.

Fr. Leo Effting was born on April 11, 1932, in Vargem do Cedro (SC). Son of Augusto Effting and Emma Boeing. He was baptized in the Saint Sebastian Parish, in Vargem do Cedro, on April 15, 1932, four days after his birth. He entered the Sacred Heart Apostolic School, in Corupá (SC), in 1955, at the age of 23. He professed vows of chastity, poverty and obedience on February 1, 1960, in Jaraguá do Sul (SC), in the Chapel of Our Lady of Fatima Novitiate. He studied philosophy at the Sacred Heart Convent in Brusque (SC) from 1960 to 1961. He studied theology at the Instituto Teológico Sagrado Coração de Jesus, from 1962 to 1965, in Taubaté (SP). He was ordained deacon by Bishop Francisco Borja do Amaral, in Taubaté (SP), on April 8, 1965. Léo’s priestly ordination took place in Vargem do Cedro, on June 27, 1965, in a ceremony presided by Bishop Anselmo Pietrulla.

Throughout his priestly ministry, Fr. Léo worked predominantly in the Parish Apostolate. He served as pastor and parochial vicar in several parishes entrusted to the care of the Congregation. Léo has exercised his ministry in the parishes of São Judas Tadeu, of Terra Boa (PR), Três Santos Mártires das Missões, in Crissiumal (RS), São Francisco Ferrer, of Formiga (MG), São José, in Presidente Nereu (SC), Santa Rita de Cássia, of Curitiba (PR), Santo Antônio de Pádua, in Rio Negrinho (SC), Nossa Senhora do Rosário, of Varginha (MG), São Sebastião in Jaraguá do Sul (SC). He was named pastor of the parish of Nossa Senhora Aparecida, in Oxford, São Bento do Sul (SC). However, he did not take office due to a serious car accident. Because of this accident, Fr. Léo spent a whole year under treatment at the Novitiate of Our Lady of Fatima, in Jaraguá do Sul (SC). Léo was assigned to the Sacred Heart of Jesus Parish, in Joinville (SC). Afterwards, he was parish priest at the Nossa Senhora da Purificação Parish, in Nova Candelária (RS), parochial vicar at the Santo Antônio Parish, in Rio Negrinho (SC), successively, he worked at the São Sebastião Parish, in Jaraguá do Sul (SC) and at the Nossa Senhora do Rosário Parish, in Nereu Ramos, Jaraguá do Sul (SC). He was currently residing in the Novitiate of Our Lady of Fatima, in Jaraguá do Sul (SC). He was admitted to the Hospital São José, in Jaraguá do Sul (SC), on November 26, 2021. He received the anointing of the sick on November 29. He left us on December 2nd to experience his definitive encounter with the Sacred Heart of Jesus. We are grateful to God for the gift of Fr. Leo’s life and vocation, and for all the good he did throughout his life. We are also grateful to the Community of Our Lady of Fatima Novitiate for the care given to our confrere.

We express our gratitude to the in caregivers who accompanied, with zeal, in Fr.Leo ‘s last days in this life. We also thank the professionals of the Hospital São José for the attention given to our confrere. Finally, we commend Fr. Léo to the mercy of the Heart of Jesus. May he be welcomed among the elect to enjoy eternal joy. 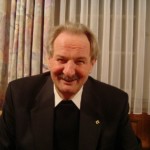 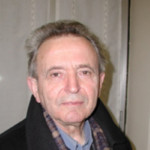