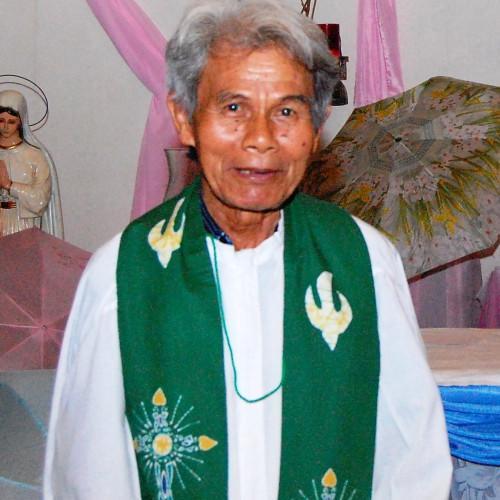 He was currently living in Palembang (Indonesia). He belonged to the Province INA.

On 12 December 2020, on the same day of his birthday, Fr. Sebastianus Budiwinoto SCJ from Indonesian province at the age of 78 exhaled his last breath. He was born on 12-12-1942 in Karangharjo, Banjarharjo, Kalibawang, and Yogyakarta. He was an orphan and called himself the son of Amatraji. At the age of 15, he was baptized into Christianity and was no longer Jemingin the son of Amatraji but Sebastianus. The name Budiwinoto was later added to his first name.

On 15 February 1974 in Yogyakarta, he professed his first vows and on 15-02-1977, he perpetually committed himself to the congregation of the priest of the sacred heart in Palembang. He was ordained a priest on April 21, 1977, in Belitang through the laying hands of late Bishop Mrg. J. Soudant SCJ, after the ordination approximately for 25 years Fr. Sebastianus BudiwinoTO had been in several parishes to serve the people of God. Later years he served as a spiritual guide.

People remember him an as funny, simple and friendly human being. The thin and tall man had been in his so-called rest years in Good Shepherd’s Monastery, in Gisting, because he was never at ease. The dynamic man was ever active as before in serving the Divine Mercy categorical group and Legion Mary in the Diocese of Tanjung Karang. This was out of his love to sacred heart and mother Mary.

Several months ago he fell in the garden and broke his left leg made Father Budiwinoto slow down. The operation and recovery were carried out for several months in Palembang. His love for Gisting seems to be unstoppable. He was determined to recover quickly and return to the Shepherd’s Monastery. But unfortunately, he had another fall in his room. This time he broke his right leg. Past several months he was going through the recovery. During the recovery process, It was also found that Father Budi had serious health problems. So before being allowed to be discharged from the hospital, it was confirmed that Father Budi would be fine. However, it seems that His plan is more beautiful. During the past week, the health of Fr Budi declined. Various medical efforts had been made to restore his health, on12 December 2020, on his birthday, Father Budi exhaled his last breath.

The Lord wants him now at his side although Fr. Sebastianus never gets tired of serving His people. The never at rest priest takes his eternal rest with the angels and saints now. 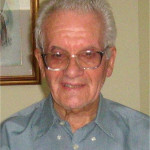 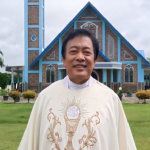