Already at the time of the V General Chapter, September 14-15, 1899, in Saint Quentin, Fr. Dehon, our founder, confirmed the transfer of the General Curia to Rome. The procurator general, Fr. Edmund Dessons, in 1900, asked the Congregation of Bishops for the transfer but the request was rejected because the SCJ Constitutions had not yet been confirmed by the Holy See. 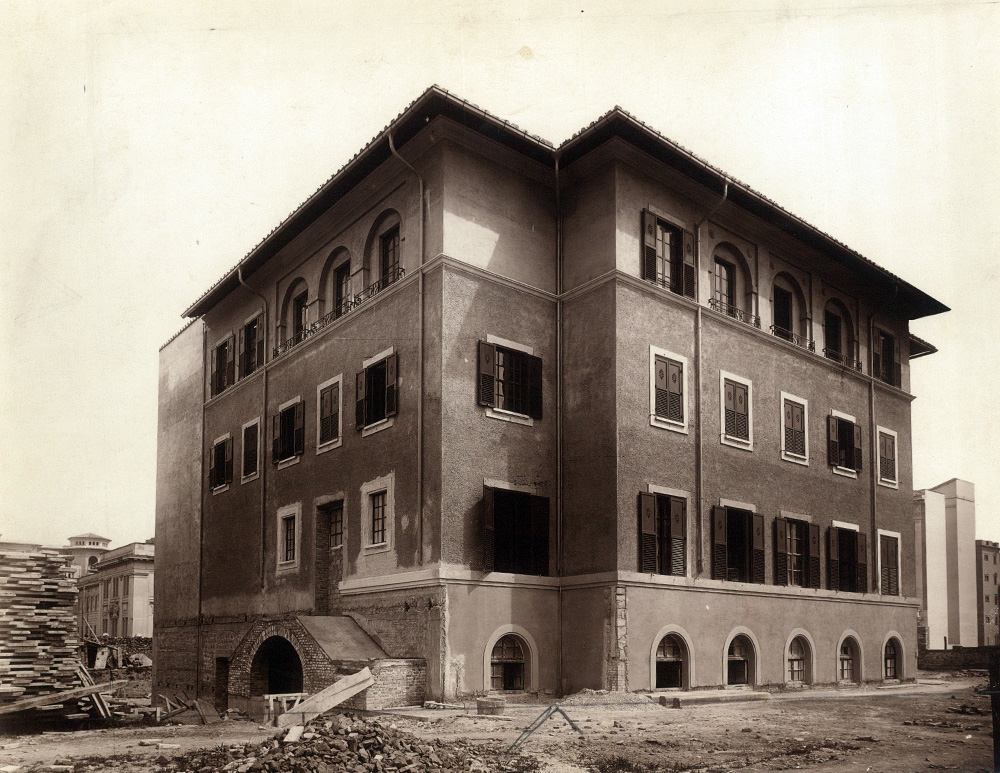 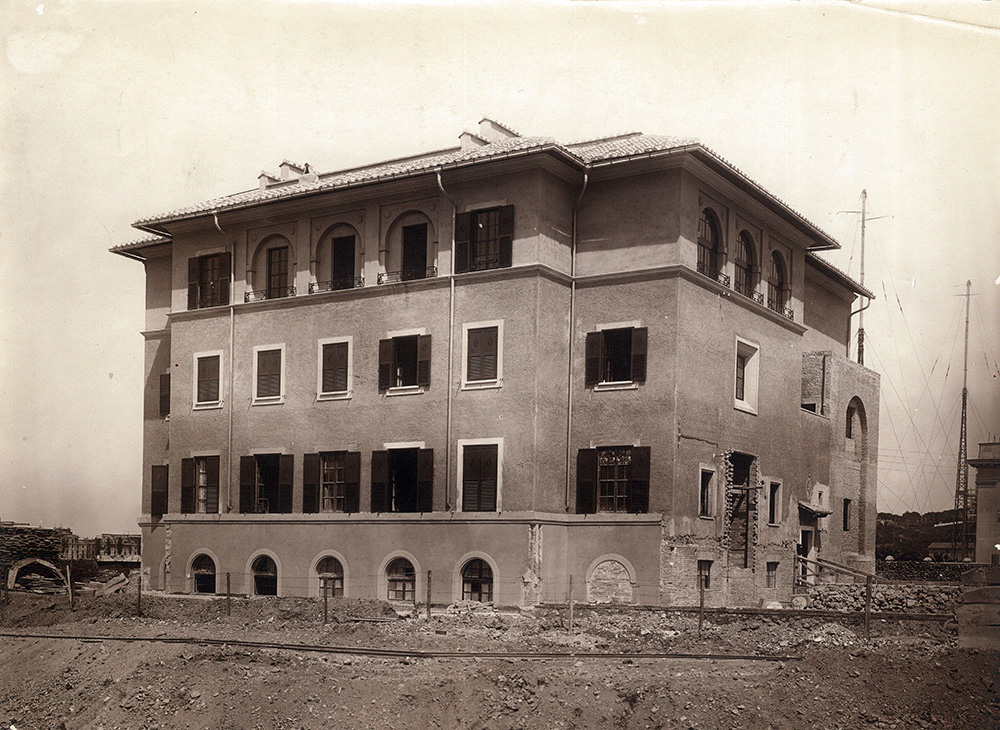 In 1903 the General Curia moved to Brussels because of the political situation of the French government in regards to religious. But the desire to transfer the Generalate was still in the founder’s heart. 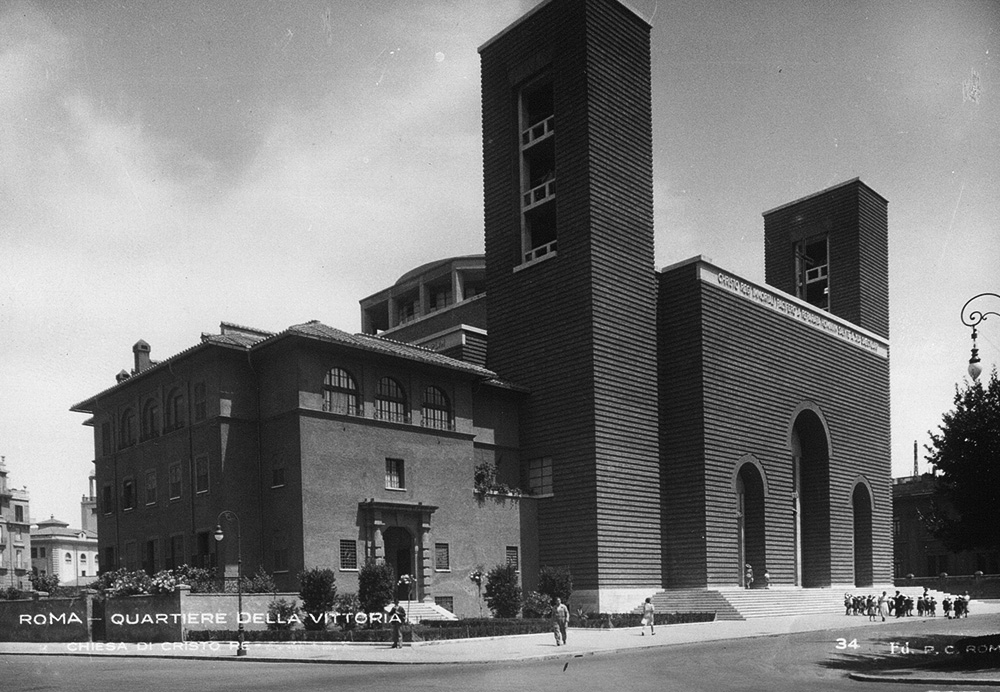 When Fr. Dehon died in 1925, his successor, Fr. Philippe, wanted to fulfill the wish of the founder and transfer the Generalate to Rome. This was affirmed at the IX General Chapter, which stated that as soon as permission was received from the Holy See the move should be made to Rome. In the circular letter to the congregation on July 31, 1927, he wrote: “The decision of the IX General Chapter to transfer the center of the Congregation to the Eternal City is to be implemented on October 31, 1926. In his final diary our founder dreamed of seeing his work take place among the religious institutes of Rome. The transfer of the General Curia to the city of the pope seemed to be a difficult and serious endeavor, res magni operis, which he preferred to leave to his successors. His desire is today a reality. The ecclesiastical circles of Rome do not spare congratulations and praise for such a change, full of promise for our congregation.” 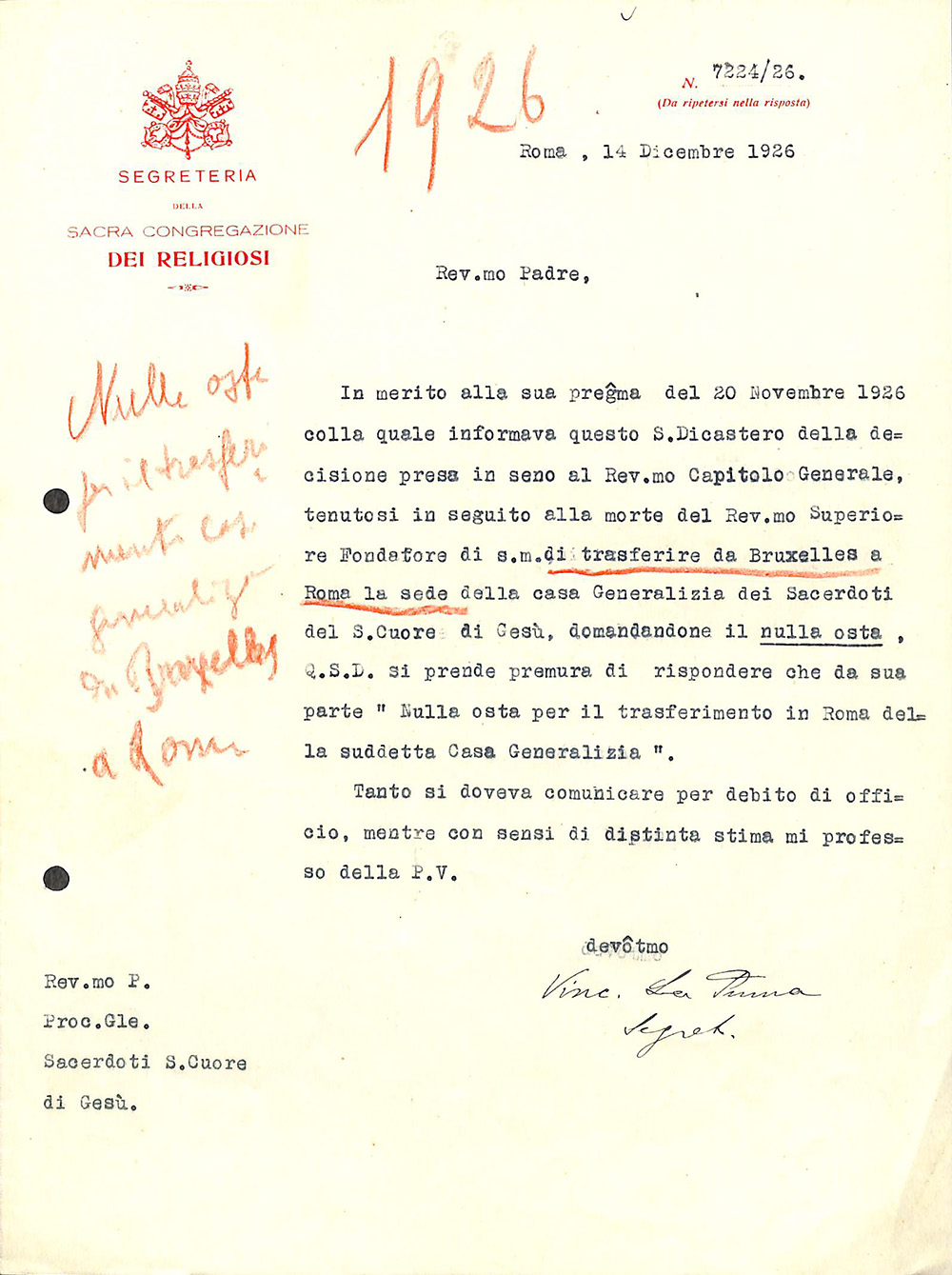 The Secretariat of the Sacred Congregation for Religious, on December 14, 1926, sent a letter to the General Curia of the confirmation of the transfer of the Generalate from Brussels to Rome (Via Mazzini) where the house was built, and later the church of Christ the King (Cristo Re).

It was later, in 1953, that the International College and the General Curia transferred to Via del Casale di S. Pio V, 20. 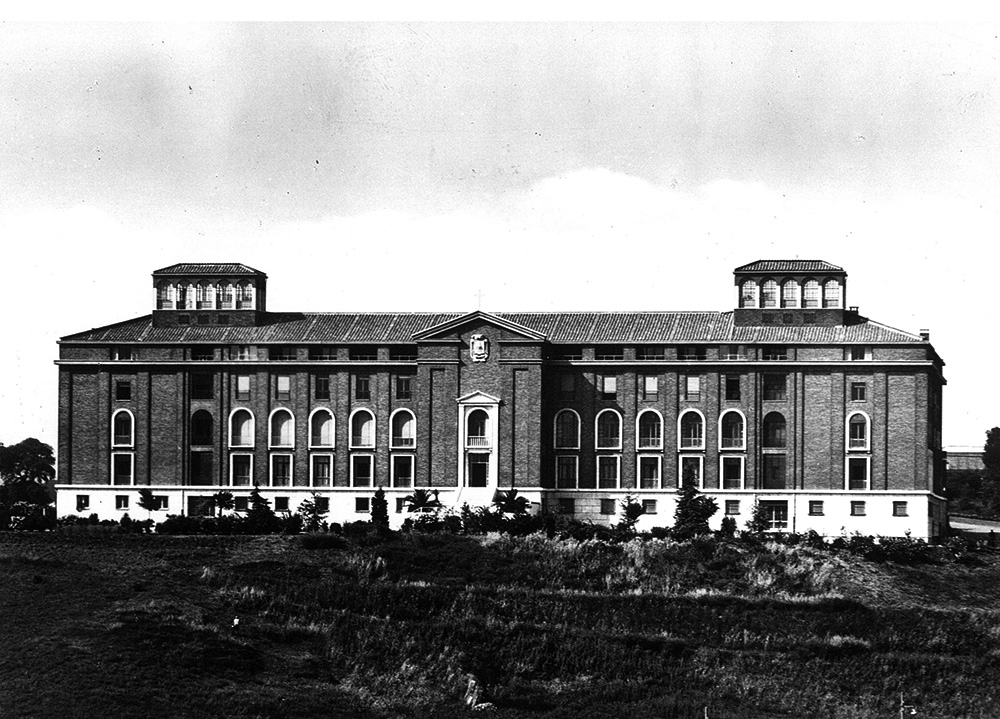 It is important to note the date of July 7, 1954, as it was on that day that Msgr. Giovanni Battista Montini, the future Pope Paul VI, blessed the new house. On July 15, 1954, Fr. General Alfonso Maria Lellig wrote: “I absolve the proper task of thanking you for the very welcome visit made to the General Curia and International College of my beloved Congregation.”

So here we find ourselves 90 years later… that memorable and important day for the Congregation.

He was called to the Father’s house

He was called to the Father’s house