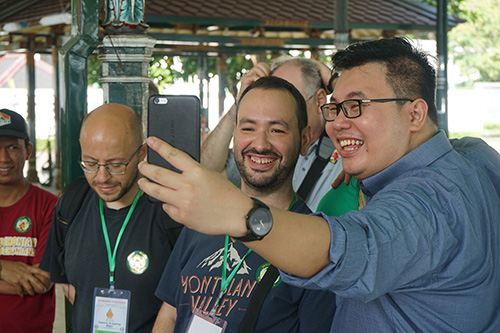 On Thursday, July 20, approximately 40 men stood waiting for ride at Syantikara Dormitory in Yogyakarta, Indonesia. That morning, at 09.30, they were ready to go to the Sultan Palace, Yogyakarta. Thirty minutes later, they reached the palace of Keraton Ngayogyakarta Hadiningrat. Then, they put on their stickers inscribed with “Sultan Palace Yogyakarta.” A guide took them to see the various ancient relics of the Sultanate of Yogyakarta. 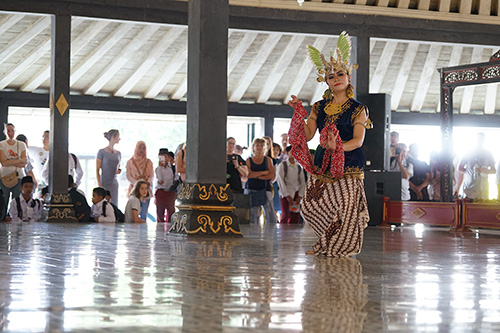 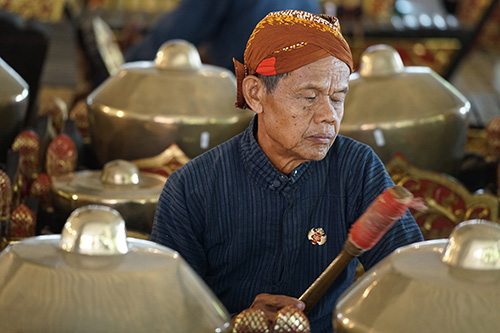 “The woman in there is wearing ‘kebaya’, Indonesian traditional clothes,” the tour guide told the men. They were the participants of Dehonians’ International Theological Seminar. For an hour they spent time learning about the culture of Yogyakarta. Besides Keraton Ngayogyakarta Hadiningrat, the participants also visited the Museum of the Sultan Hamengkubuwono IX, which is still a palace. There, they were introduced to Javanese music, gamelan and the traditional dance of Java. 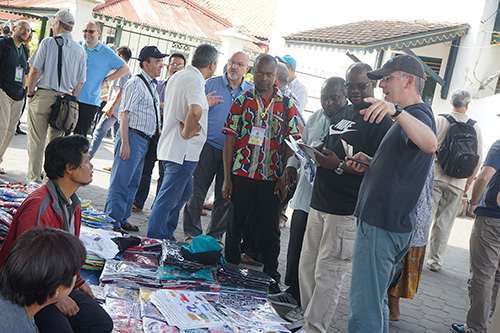 The participants enthusiastically listened to the guide’s explanations. Some used camera phones to record the event. They also bought souvenirs. Their journey ended at 12.00 pm. They returned to Home Coaching Carolus Borromeus Syantikara, which belongs to the Congregation of the Sisters Carolus Borromeus, for lunch and prepared for Mass at the SCJ Scolasticate. 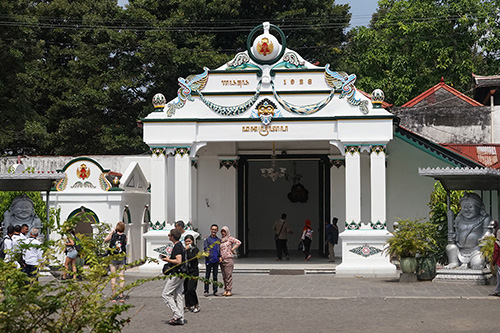 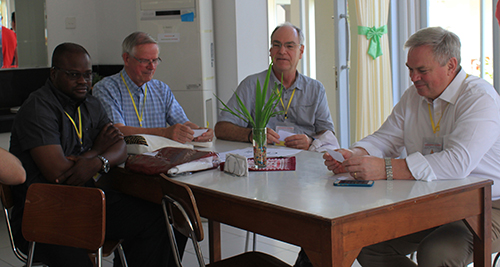 The Eucharistic was attended by the participants of Theological Seminar along with 34 seminarians. During it, one brother renewed his vows, Fr. Florentinus Heru Ismadi, SCJ, celebrated his 25th anniversary of religious life, and Fr. Vincent Sri Herimanto, SCJ, was installed as the Scolasticate rector, replacing Fr. FX Tri Priyo Widarto, SCJ. Fr. Alexander Sapta, SCJ, as provincial, was the main celebrant. The Mass included music from a choir and gamelan. 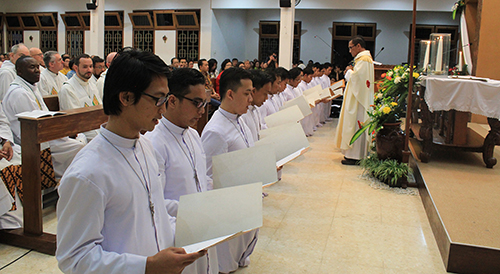 “The renewal of vows for the seminarians, brothers and priests is part of the process of formation towards total surrender to God through the Congregation of the Sacred Heart of Jesus. Renewal of vows is a special moment as a form of a confirmation of what has been lived in study and work. They want to convince themselves to be more diligent,” said Fr. Sapta in his homily. 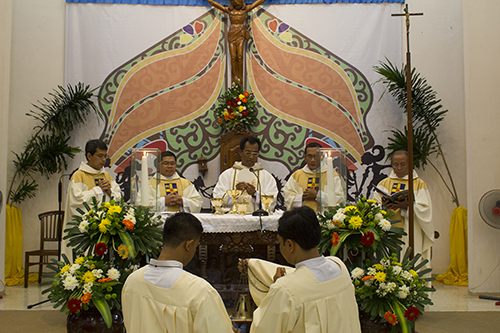 Noting the intentions of the Mass, Fr. Sapta said that he hoped that the gathering would be a moment for all the confreres, especially Fr. Vin as the new rector and Fr. Heru on his 25th anniversary, to channel the grace and invitation, the call to follow Christ. 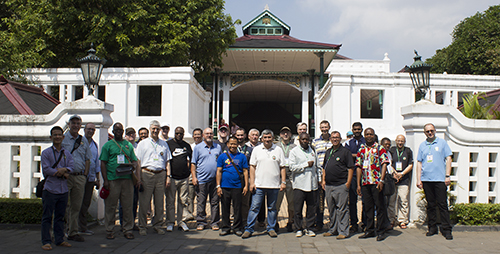 After the Eucharistic celebration, the event continued with a warm welcome at the SCJ Scolasticate garden. The SCJs’ Theological Seminar participants and invited guests enjoyed a variety of food and drinks.