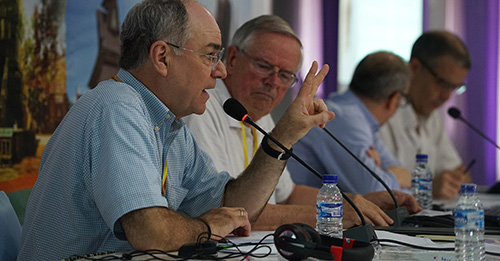 Fr. John van den Hengel, scj, and Fr. Charles Brown, scj, from the North American (NA) continent opened today’s seminar with their analyses. “People in North America live the devotion personally in terms of emphasizing the personal relationship with God. It is difficult to create a devotion lived out in a communal understanding,” Fr. John told us. There is contrast between devotion – which is more spiritual in nature – and religion. This contrast can be seen also in the social-political construction in the United States where there is a separation of church and state. This kind of separation may bring about both a blessing and a curse: people are free to practice their belief meanwhile the religions themselves can be more radical and devotions are merely a blind praxis.

In this societal background of polarization and secularization, the Dehonians in the North American continent realize that we are called to offer new understanding of Sacred Heart devotion: devotion that has been rooted in the trinitarian-perspective, framed by the Gospel and focused on the experience of cross and resurrection. This is why the proper way to an inculturated identity of the Dehonian is through the study, contemplattion and practice of agape – God’s Love. This approach is not a “European-centered” anthropology but a new aesthetical way where devotions are experienced as “living the surplus of love.” 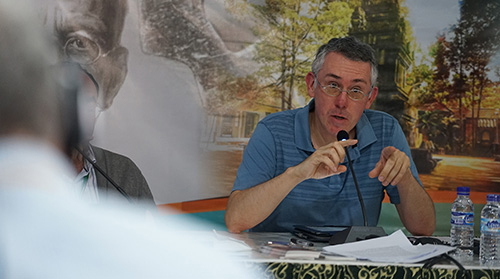 Fr. Stefano Zamboni, scj and Fr. Fernando Garrapucho  scj, then continued the second session by presenting their theological synthesis. They tried to look for the link between the devotion and the devotee. Devotion points to the inner-life formation and personal faith. The devotee must be well aware of this value, and that is why devotion is not at first an intellectual dynamic but a praxis that is lived out. Devotions in Europe have a long history and context that need the help of hermeneutics to seek the continuity or discontinuity of meanings in the pursuit of our identity. 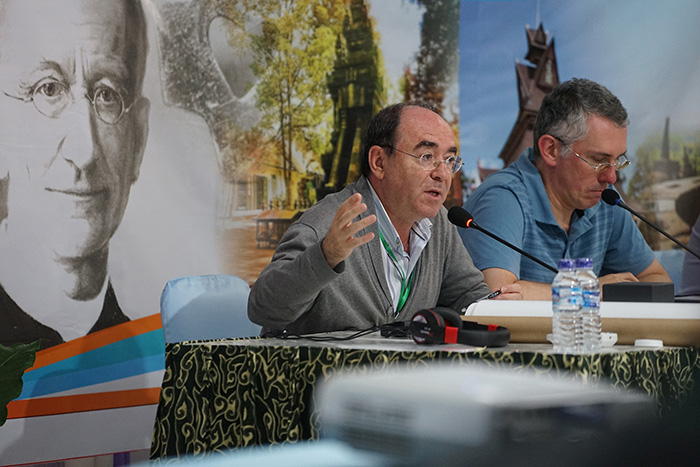 “We found our identity in the life of Fr. Dehon while our Congregation’s tradition may differ from the tradition of Fr. Dehon himself,” Fr. Stefano tells us. We need to clarify the elements of our devotions by strengthening our discernment and dialogue to the present time. 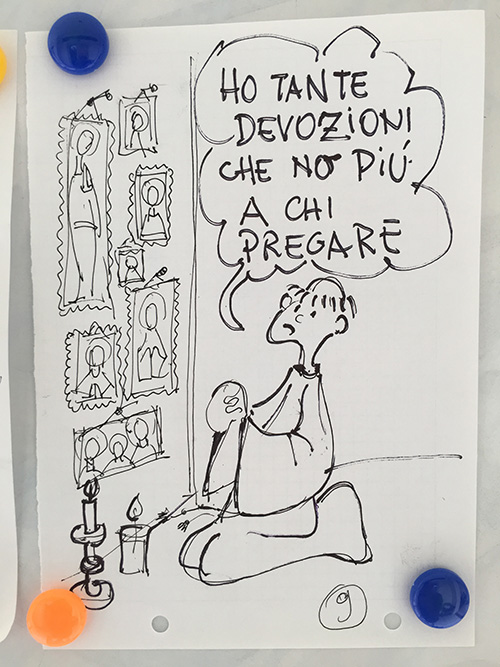 Fr. Juanjo told us that “The devotional life of Fr. Dehon is found in his writings and personality. He used a lot of devotional expressions (not necessarily theological ones) to live out and to understand the spirituality of the Sacred Heart.” He added that since its beginning, our Congregation has put special attention on the devotion of the Sacred Heart of Jesus. We may ourselves reflect on whether this devotion has been the core devotion of our present Congregation. The actual elements of devotion in our Congregation that shape our identity are: oblation, eucharistic adoration and Marian prayers. 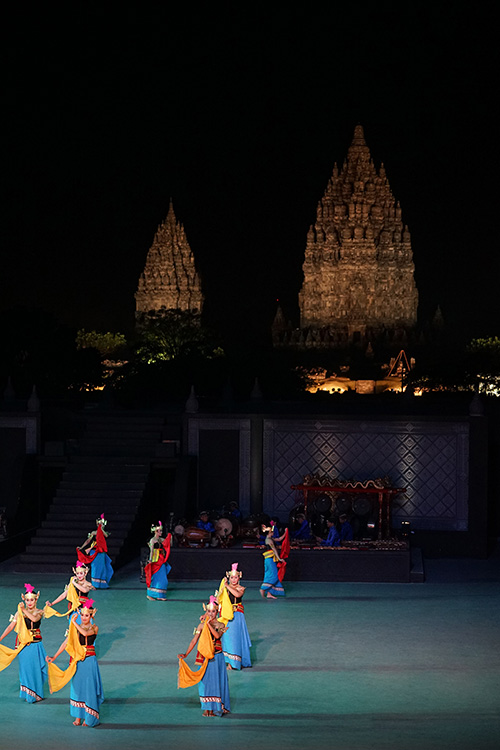 Devotional life runs in the Christological and ecclesiological character as well as the real mission of our vocation. Devotion is an experience of personal meeting with Christ, which also is realized in human, spiritual and moral values.

The meetings ended in an adoration led by Fr. Andreas Madya, scj. After supper, all the participants went to Prambanan Temple, a Hindu heritage, to enjoy the Ramayana Ballet performance. 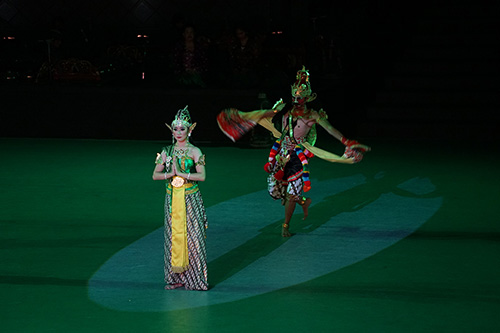 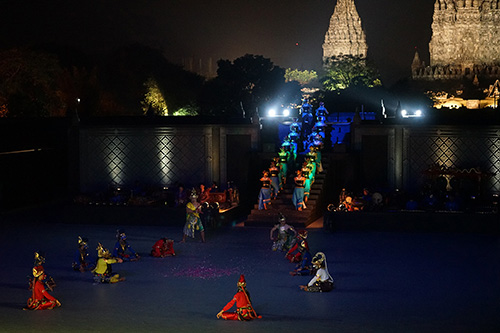