The Holy See approves the Congregation and the Constitutions

The Holy See definitively approves the Congregation and the Constitutions for ten years (July 4, 1906)

This approval was the fruit of a long and difficult journey. Let us recall the main stages.

The first Constitutions of 1878 were overwhelmed by the storm of the Consumatum est. After the decree of March 28, 1884, which reconstituted the Institute by keeping it within the  limits of the diocese, the Founder drafted new Constitutions, which were approved by Bishop Thibaudier of Soissons, on August 2, 1885. With the Decretum Laudis, dated February 25 1888, the Holy See granted a first general recognition, with a decidedly favorable tone, to the resurrected Institute, postponing the approval of the Institute itself and its Constitutions to a more appropriate time. At the same time it indicated 21 points of suggested adjustments to the existing Constitutions.

Having implemented these suggestions, the Constitutions, written in French, were drawn up in Latin after the General Chapter of September 1899. In the meantime, the Founder asked for approval for the Congregation and its Constitutions, but did not obtain it.

Fr. Dehon wrote in his Diary: “We are stuck with the approval because of the old stories of the Holy Office of 1883. How to get out of it …? Today, (February 7, 1906), I have carried out a kind of attack. I spoke to Bishop Della Chiesa: he showed himself benevolent and advised me to send the good Father Lepidi to speak with the Sub-Commissioner (Father Pasqualigo). I accepted the advice and went to see Father Lepidi, who promised me to do so. He also saw Father Pie di Langogne, who took the case seriously. He will speak on Monday with the councilor (Bishop Lugari) and will try to eliminate the old obstacles “.

On February 14, Father Dehon had an audience with the Pope, at the end of which he wrote: “I spoke with him about his approval and our little difficulties: He reassured me completely. He will speak with the councilor at the Holy Office and the matter will be resolved “.

Thanks to this personal intervention of Pius X, the Congregation was given definitive approval and the Constitutions approved ad experimentum for 10 years.

“The Gospel, like the Holy Eucharist, is the sacrament of the Heart of Jesus. This divine Heart is there, among the words, hidden within his love and his treasures of grace; his words are the spirit of life. We must love and study all the Gospels, but we must be passionate about one in particular: that of St. John. Therefore, to be effective in preaching, the important thing is not to study Massillon, Bourdaloue and Bossuet, and even less the completely secular authors such as Cicero or Quintilian. We must study the Sacred Heart in the Gospel: everything is there.”[1] 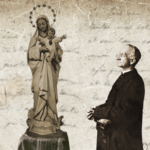 Day of the foundation of Congregation 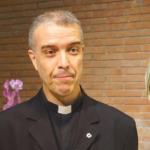 Anniversary of the election of Fr. Carlos Luis Suárez Cordorniú

Anniversary of the election of Fr. Carlos Luis Suárez Cordorniú

Day of the foundation of Congregation