Bishop Emeritus Teemu Sippo SCJ served from 2009–2019 as the bishop of the Diocese of Helsinki, Finland. In May 2019, after a serious injury, he retired from his office. He was very active in the ecumenical dialogue and even chaired the Finnish Ecumenical Council from 2010­–2015.
by  Martti Savijoki, scj

Monsignore Sippo, when you look back at your time as the bishop of Helsinki, what are the joys and the challenges you see?

It was already a great honor and joy to be nominated a bishop; however, it was also a big challenge. I was delighted of the trust placed in me, but I also wondered how I would manage the duty.

It was also a great joy administering the Sacrament of Confirmation to the young people and ordaining deacons and priests. The cooperation with the councils of the diocese and the negotiations with the priests and laity helped me a lot in my decision-making. I am very grateful to the active priests in the diocese.

My biggest concern was of those priests who were overwhelmed with their duties in the diocese. One constant challenge was also the difficult economic situation of the small diocese, but I am very grateful to all the benefactors in Finland and abroad.

How did your Dehonian background influence your service as a bishop?

The way Dehonians encounter people has also been my attitude. I did not experience myself only as an authority, but also as a brother among brothers and sisters. Although I wasn’t able to live in an SCJ community as a bishop, I still felt connected to my fellow brothers. The spirituality of the Heart of Jesus was as close to me as ever.

You have been very active in the ecumenical dialogue. What steps have already been taken in Finland and what should the next steps be? 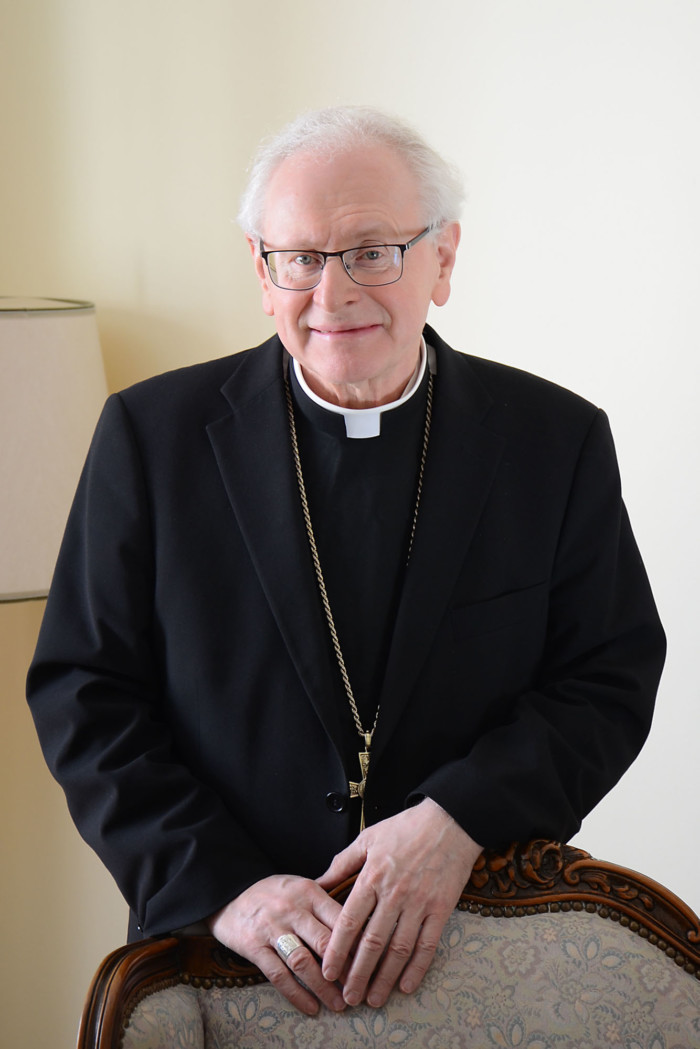 As a convert from Lutheranism, I had always thought about the interaction and the boundaries between the Lutheran and Roman Catholic confessions. My predecessor, Bishop Paul Verschueren, scj, was a great inspiration for me. He established good ecumenical relations with other Christian communities in Finland. At that time, the Catholic Church became a full member of the Finnish Ecumenical Council. As I was studying theology in Freiburg, Germany, in the 1970s, my closest professor was Karl Lehmann (later a cardinal). He taught dogmatics and ecumenical theology at the University of Freiburg.

I have taken part in numerous ecumenical events in Finland; the most recent one was a theological dialogue between Catholics and Lutherans. In the concluding document, Communion in Growth – Declaration on the Church, Eucharist and Ministry (Helsinki, 2017), it is notable how positive an attitude the Lutherans have towards the Catholic teaching about the Church, the Eucharist, and the priesthood. You can also see the influence of the 2nd Vatican Council in the contributions. The Lutheran theologians even speak of the papacy in a surprisingly positive tone. We took some important steps towards unity, but of course there were also some heated debates.

Regarding the Eucharist, it is still questionable whether the real presence of Christ is to be understood in the same way in the Lutheran context as in the Catholic Eucharist. There are also some differing views on the priesthood. This shows in the issue of female priesthood and how the priestly ordination and the role of the priest are understood. In Catholicism, the priesthood has to do with the person and the existence of the priest always. He represents Christ. But even in these questions, Catholics and Lutherans have taken steps forward towards unity.

The next step would be, that Lutherans and Catholics, as churches, begin to implement in their own practice what this declaration talks about. Only after years we can see whether these theological steps become reality.

What are some practical things Christians can do to advance the Christian unity?

First of all, you can pray. It is very important that the Catholics persist in participating in Christ’s own prayer for the unity of all Christians. It is also essential to have an attitude of friendship and love towards everyone, especially towards the Christian brothers and sisters of other Christian denominations. Despite the differences, we should meet each other in different contexts. No ecumenical event is in vain! We can also work for unity through writing and speech, but above all we need sincerity and love for the brothers and sisters of the other Christian denominations.

How should we as Dehonians promote ecumenical dialogue?

Father Dehon exhorts us prophetically: “Sint unum”. Be one! By this he meant primarily the unity among Dehonians, but in a broader sense we can understand it to mean the unity among all Christians. That means, Father Dehon urges that we work for unity in every way. As for how we should do it, the answer to the last question also applies to Dehonians.

As a closing remark I would like to say: when I think of Catholicism and ecumenism, I notice a lot of similarities between the two concepts. 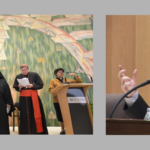