A return to South Africa

“In 2023, the Province of South Africa will be celebrating 100 years of the Dehonian presence in southern Africa, as is the US Province. We are still sister provinces.”

For several weeks this spring, Fr. Charles Brown, SCJ, has been in South Africa delivering a variety of presentations: first at the sabbatical program sponsored by the Southern African Catholic Bishops’ Conference (the SACBC includes Namibia, Zimbabwe, Lesotho, Swaziland ––  the name of which recently changed to “Eswatini” –– and South Africa), and second, leading a Lenten retreat for Dehonians.

“The Sabbatical Programme for Priests and Religious is held every other year,” wrote Fr. Charles. “I have worked in the program since the mid-2000s.  Bishop Joseph Potocnak, SCJ, was one of the founders of the program; I spoke with him in February and he is justifiably happy that his legacy on the SACBC continues.  This year, we have approximately 40 priests and religious in the program (just about evenly divided between men and women).  To take part, participants must have been in active ministry at least ten years. I gave ten, 90-minute talks on pastoral theology and spirituality grounded in the New Testament, specifically the letters of St. Paul. It was a marvelous group to work with.  My goal was to bring St. Paul’s ministry and spirituality to our world. I want to make it so that the material I present invites active participation, response, and sharing within the group, all in light of the experience in southern Africa.  In this, I was not disappointed.  I was honored to be among such a powerful group of Christ’s servants.  The title of my series of talks: ‘St. Paul, Pastor of the New Creation.’” 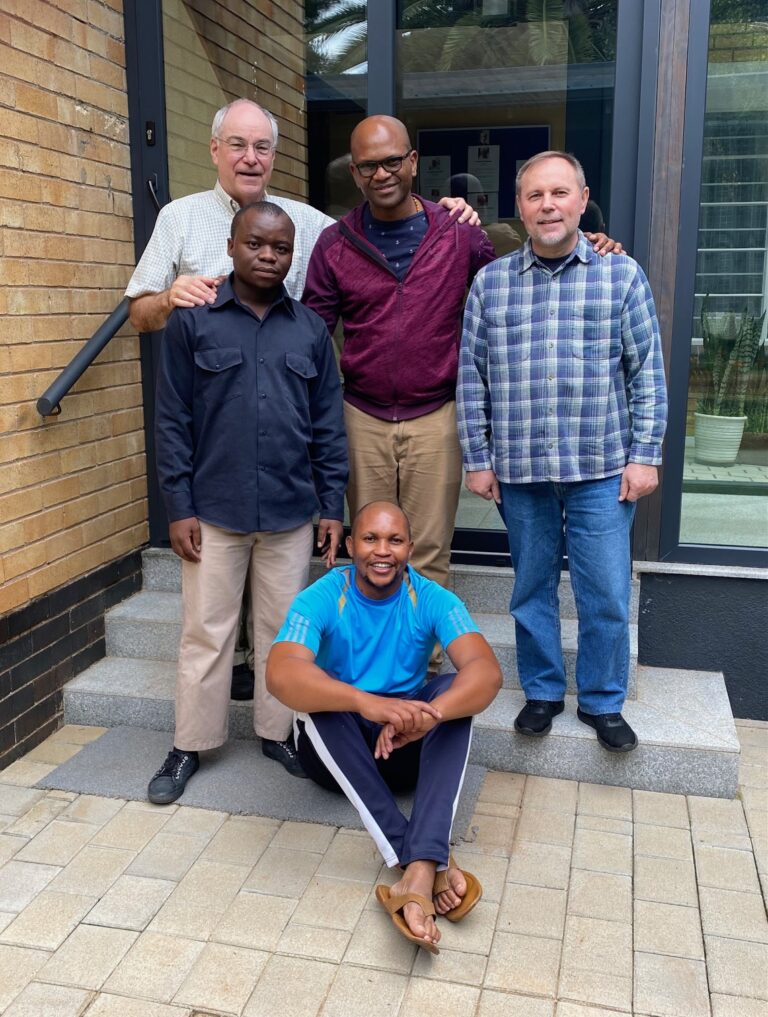 About the SCJ retreat, Fr. Charles wrote that it had both a spiritual and practical focus. “After all, it was a retreat and we are Dehonians!” he said. “Illness and age sadly lessened our numbers a bit, but we were a lively group of confreres for the retreat (we TRIED to keep silence during meals).  Fr. Chris Grzelak, SCJ, provincial superior, was a welcome and active participant.  As some know, I have long been keenly interested in the use of St. Paul in our SCJ Constitutions.  In fact, I have been known to say, with only a little hyperbole, that perhaps St. Paul was the first Dehonian.  So, over the years, I have developed the St. Paul/Dehonian conversation.  This ongoing work is evident, at least, in the upcoming international Dehonian book in response to the pandemic, and my work with the novices in the US Province and the pan-African final vow program.

“The title of my conferences here is not new; content-wise, it has grown: ‘St. Paul and Our Dehonian Life.’  We, Dehonians on retreat, had some marvelous exchanges, not always easy, but always deeply fraternal.  The little chapel at the retreat center was up a mountainside.  Every morning was breathtaking: climbing that mountain for prayers centered on our ministries and life, with the vast highlands that are the South African Karoo spread around us, and the sun just coming up as we heard the first birdsong.”

Besides the retreat and the sabbatical program, Fr. Charles has also been assisting Fr. Ntsikelelo Bambatha, SCJ, gather materials on Fr. Dehon and the congregation for the library of the pre-novitiate program that is to be located at the SCJ house in Aliwal North. In-charge of the program, Fr. Ntsikelelo is a former student of Fr. Charles’ when he taught at St. Joseph’s Theological Institute

Fr. Charles noted the many people in South Africa who knew Fr. Johnny Klingler, SCJ. Fr. Johnny had ministered there for a year, and many also knew him from his time on General Council. A Mass was held in South Africa for Fr. Johnny on the same day as his funeral in Wisconsin. Next Saturday, the South Africans will commemorate Fr. Karl-Heinz Ofenloch, SCJ, a member of the province originally from Germany who died. The funeral will take place in Aliwal North, so Fr. Charlie will have a chance to visit with Fr. John Strittmatter, SCJ, originally from the US Province.

“I think it is vital for our members in the US Province, especially our beloved younger members, students and novices, to keep in mind and prayer our sister province here in South Africa,” concluded Fr. Charles.  “Here, we have Fr. John Strittmatter, and in the US we have Bishop Joseph Potocnak, who bear living witness to the grand history of the US Province (along with the German Province and, of course, eventually the Polish Province) in South Africa.

“In 2023, the Province of South Africa will be celebrating 100 years of the Dehonian presence in southern Africa, as is the US Province.  We are still sister provinces.” 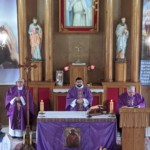