From October 9-13, the major superiors and members of commissions of vocations, formation and youth of our six entities in Africa gathered in Ndoungué, Cameroun, for the second African Continental Conference. The Superior General and his General Councilor for Africa attended the meeting. The theme was Common Lines of Action for Vocational Ministry in Africa, following the General Administration Program 2015-2021, Action 3.7.

On the first day a conference was organized around the theme: Young People, Faith and Vocational Discernment. This conference was given by Fr. Kizito Forbi, sj. He focused on the Ratio Formationis Fondamentalis to help the participants understand the young man who knocks at our doors and how to form him to be a good Dehonian religious. 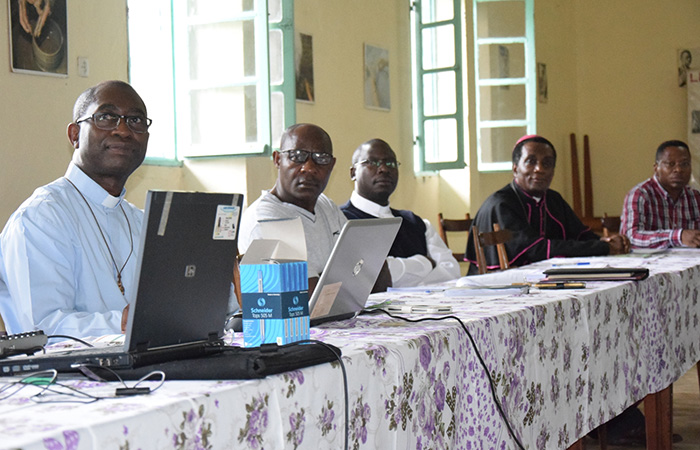 We also welcomed the bishop of Nkongsamba, Mgr. Dieudonné Espoir Atangana. The theme of his speech to the participants was: The Local Church and Vocational Discernment. He enlightened the congregation on the diocese’s policy on vocation campaigns and expressed his joy about the collaboration between the Congregation and his diocese. 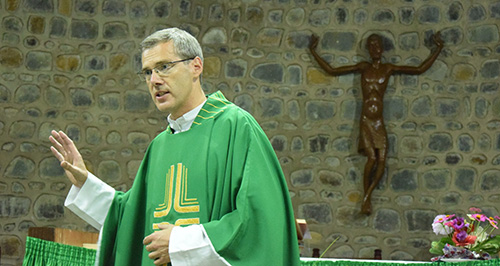 A fruitful debate took place after the conferences. During this, the Superior General reminded us that religious life is the base of our vocation, not the priesthood. Thus, the focus of our formation programs must be on our religious life, on the community and the vows we have all professed.

In the afternoon of October 9, the conference’s work continued in groups. Four groups were formed to discuss the theme: Pastoral of Vocations in Your Entity; Sharing of Experiences: the joys, difficulties, challenges, expectations. This sharing helped every entity to be enriched by what goes on in other entities. 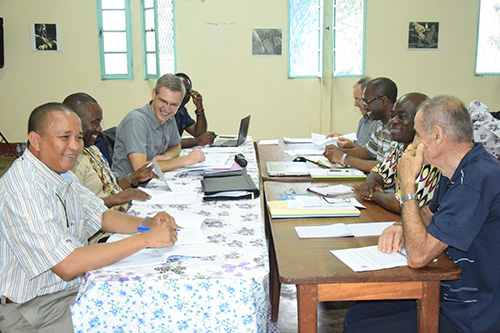 On the second day, October 10, the work was mostly done in groups. The theme in the morning was: To Deliberate on the Relevance and Applicability of the Ideas Mentioned in the Synthesis of the Answers Given by Different Entities. This followed the questionnaire that every entity responded to before the conference. The goal of the work was to see which ideas are important and how to put them into practice. In the afternoon there were two work topics: 1) What are the criteria for the admission of candidates (brothers and candidates for the priesthood) in your entity? and 2) Which of these criteria can be extended to the whole African geo-cultural area? The purpose of this work was to examine the criteria for the admission of candidates in various entities and see which were good. Also, to propose criteria that could be extended to the whole African geo-cultural area. 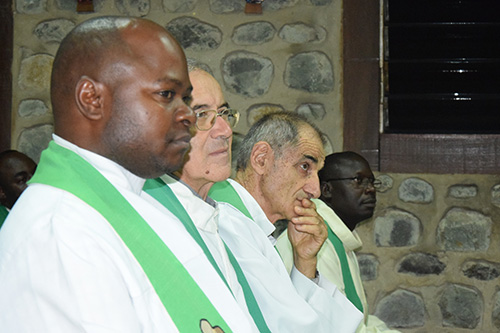 The last day was mostly reserved for the work of Major Superiors. The commission tasked with the writing of the final message of the Conference also worked hard to prepare a draft for the plenary session. The other participants had time to visit the novitiate and share information with one another. In the afternoon, the final message was presented to the plenary who listened attentively and did some amendments. With corrections, the Major Superiors adopted the text.

Each of the three days started with holy mass and lauds celebrated with the community of the novitiate. This was followed in the morning by working sessions from 8 am to 12 pm, including a tea/coffee break at 10 am. After lunch and rest, work continued from 3 pm to 6:30 pm, with another tea/coffee break at 4:30 pm. Then there was adoration and vespers to thank the Lord for being with us during the day. Father General celebrated the final mass of the conference at 6:30 pm. During the mass, he gave the closing speech of the conference.