On October 15, 1997, the Dehonians returned to Ecuador to continue their mission. It was a continuity given to the first mission launched at the time of our founder, Fr. Leo John Dehon. In South America, the missionary movement of the SCJs began in November, 1888, when the first two missionaries, Frs. Ireneo Blanc and Gabriel Grison, left for this land. 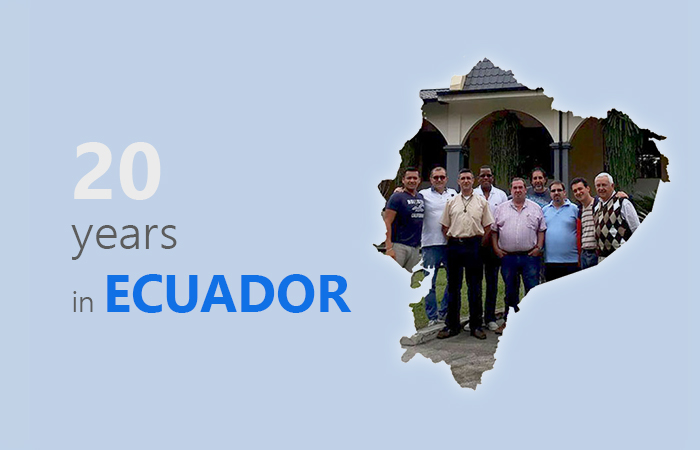 However, after a series of events, they were expelled from Ecuador in June 1896, by Alfaro’s liberal government at the outbreak of an anti-clerical revolution in the country. After 100 years, the Dehonians returned to Ecuador.

In particular, three Spanish religious: Fr. Ramón Soriano, Fr. Artemio López and Br. José Mª H. Urbina, accompanied by the provincial, Fr. Aquilino Mielgo Domínguez, left for this country to the town of Bahia de Caraquez (Manabí). Over the years, Spanish and Brazilians have worked together in this region.

The beginning was not easy as the Niño phenomenon forced them from the center of Leonidas Plazas because the area that they lived was flooded. Yet despite the challenges, the Dehonians have always been present to help the most needy.

Our mission is centered in the cities of Quito and Bahía de Caráquez. The SCJs have worked in the canteens for the poor, the children’s care project, the Sagrado Corazón senior citizen center, youth projects at the Formacón Domus Cordis center, and with those living on the street with “Callejeros del la Fe.”

In the past year we paid particular attention to rebuilding homes for those who lost them following the earthquake of 2016.

For 20 years we have been at the side of the weak, we have been a support to those in need in their daily lives, and we will continue to work to fulfill our mission Ecuador in the years to come.