Challenges and Opportunities of Initial Formation for Interculturality

“Interculturality in a religious community begins with hospitality, which in a broader sense means availability.”

He is a Polish priest who has served on three of the five continents on which the Priests of the Sacred Heart (Dehonians) are located. For Fr. Andrzej Sudol, scj, interculturality is more than terminology, it is a way of life. Helping others to live and minister as members of an intercultural community is a passion for him, so much so that it is was the focus of his thesis for a Doctorate of Ministry from Catholic Theological Union (CTU) in Chicago. He successfully defended it on Thursday afternoon, April 29. Due to the pandemic, the defense was done via Zoom. Several SCJs, including Fr. Ed Kilianski, were able to view it from their own laptops.

The title of Fr. Andrzej’s thesis: “Challenges and Opportunities of Initial Formation for Interculturality in the Congregation of the Priests of the Sacred Heart in the United States Province.”

Dehonian charism and each member’s identity 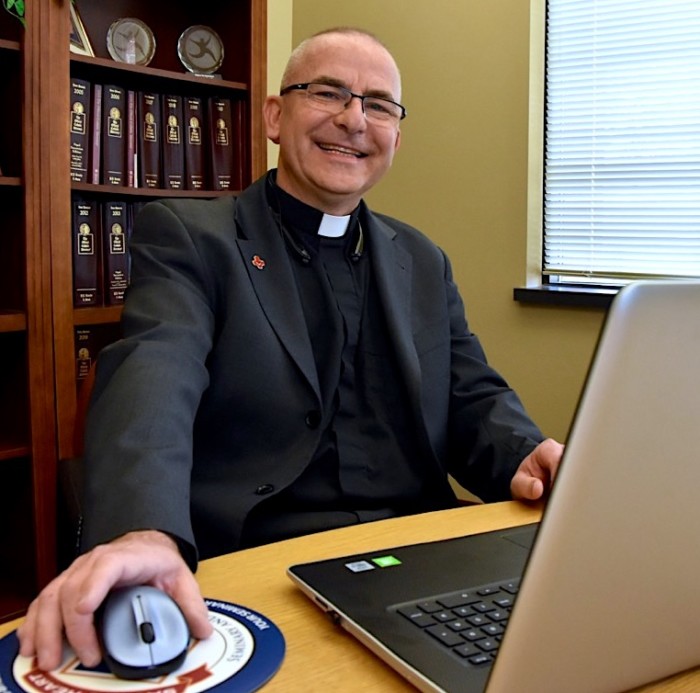 He began his studies at CTU in 2015 after serving as a formation director in the Philippines and India. Of course, his own formation was in his native Poland. By the time he entered the doctoral program at CTU he had already been a part of three distinct formation cultures, and then he was asked to assist with a fourth: the formation program for the US Province. His doctoral studies went to part-time status so that he could balance his time with the formation program. He is currently the assistant novice master and postulancy director.

He emphasizes that each culture within the congregation makes its own imprint upon its formation programs, but there is a unifying element in all that allows for interculturality: the Dehonian charism and each member’s identity –– wherever he is in the world or wherever he is from –– as a member of the Priests of the Sacred Heart.

If SCJs are to live and minister as intercultural communities within an international religious congregation, its members must be taught from the earliest stages of formation “what interculturality is, its dynamics, and skills,” said Fr. Andrzej.

It takes more than good will. “Candidates must be trained for interculturality,” he emphasized.

“Most members of the province, of which one-third is international, welcome intercultural living in theory, but are unaware of the consequences,” wrote Fr. Andrzej in the first pages of his thesis.

The challenge is that interculturality requires more than just welcoming people from cultures different than one’s own. “Unfortunately, there is often an expectation that the new international members and candidates will give up their own culture and identity to assimilate,” wrote Fr. Andrzej. “This does not work well.”

Of the current active members of the US Province, over 30 were born somewhere other than the United States. To live interculturally “is a challenging but prophetic undertaking made according to the spirit of our founder, Leo John Dehon, and resembles the history of this country built on immigration and diversity of cultures,” writes Fr. Andrzej.

The US Province itself, the anniversary of which was celebrated just a few days ago on April 25, was established by a multicultural group of immigrant SCJs.

So where does one begin to learn how to live interculturally?

“Interculturality in a religious community begins with hospitality, which in a broader sense means availability,” said Fr. Andrzej. 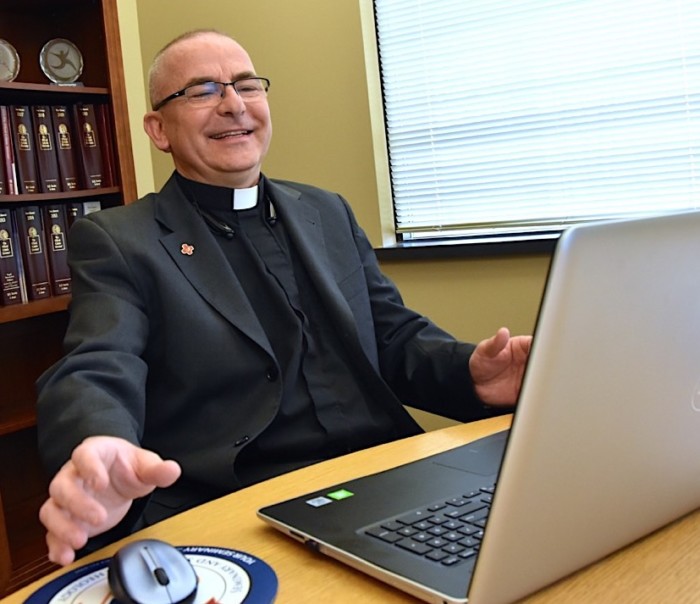 “Only the man who approaches others, not to draw them into his own life, but to help them become ever more fully themselves, can truly be called a father.” Fr. Andrzej used the quote from Pope Francis’ encyclical Fratelli Tutti, to emphasize what is needed for interculturality.

“An attitude of an open heart and mind in the spirit of human fraternity and social friendship enables people to free themselves of the desire to wield power over others,” he wrote. “This open attitude and fraternal friendship allow us to acknowledge and appreciate each person, regardless of physical proximity, origin, social position, and culture.”

When asked about his own experience as an international SCJ studying in the United States, Fr. Andrzej said that “It was a challenge to study at CTU since English is not my native language. But at the same time, it has been an excellent opportunity to learn about cultural diversity and the multicultural reality of the Church in the United States.

“I am grateful to God and our congregation for this meaningful experience. I am blessed to minister as a formation director in the US Province. The thesis-project will help me to accompany our candidates in their journey to become Dehonians who are interculturally sensitive in their ministry and community life.” 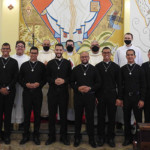 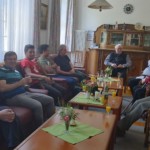