Collaborative projects of US and Canada focus of NORAM meeting 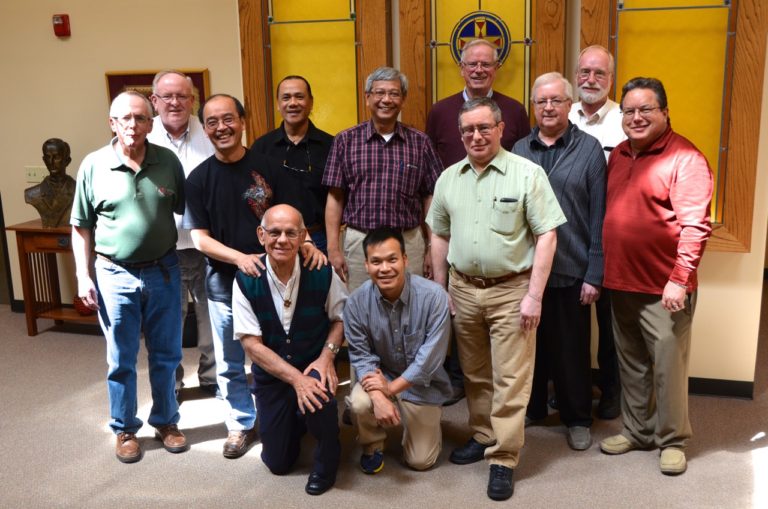 Twice a year the administrations of the US Province and Canadian Region come together to talk about shared concerns, explore areas of collaboration and simply spend time together in fellowship and prayer.

On May 2, the group held its first meeting of the year at the Provincialate Offices in Hales Corners, WI.

The group last gathered in 2015 in preparation for the General Chapter. As a result of that chapter there were some new faces in the meeting room this time, along with some familiar ones in new roles. Fr. Ed Kilianski, SCJ, is now provincial superior of the US Province following Fr. Stephen Huffstetter’s election to the General Council. And Fr. John van den Hengel, after completing his term on the General Council last year, is back as the Canadian regional superior, a job he held when elected as a general councilor in 2009.
Among the collaborative projects that the group discussed was a Dehonian Retreat for SCJs in the US and Canada. Tentatively scheduled for early 2017, the retreat is to be offered two different weeks, once in Canada, once in the United States. Members of each entity will be invited to choose the one that fits into their calendars. A planning group for the retreat, spearheaded by Fr. John van den Hengel, is to have its first meeting May 4-5.

The North American Committee on Immigration gave an extensive presentation on its work, including a video that members put together for local community reflection on migration concerns. The committee sprung from the 2013 North American Continental Conference at which a Dehonian response to immigration was identified as a priority for SCJs in North America.
Immigration Committee talks to members of the US and Canadian councils.

Members of the committee made several recommendations to the two administrations, including a more formal commitment to migration as an issue of focus for the Priests of the Sacred Heart in North America. The development of prayer resources, educational opportunities for both SCJs and the public on migration issues, support of organizations who directly support migrants, and collaboration with others on migration issues, including lay people with whom the SCJs minister, were also among the committee’s suggestions. 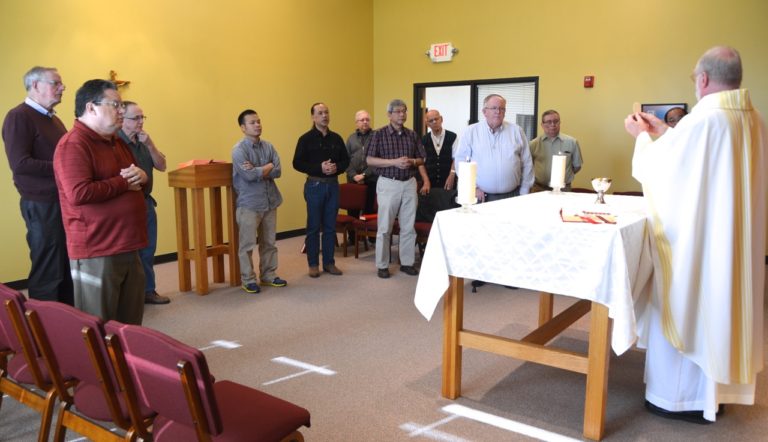 On May 20 a group at Christ the King parish in Southaven, MS, will begin using the Spiritual Path for the first time. Fr. Jack Kurps will lead the initial sessions. In Lyford and Raymondville, TX, Fr. Richard MacDonald has been leading an informal group of approximately 100 people using the presentation element of the Spiritual Path.

The next meeting of the North American administrations will take place October 17-18 at the SCJs’ St. Thomas More parish in Toronto.