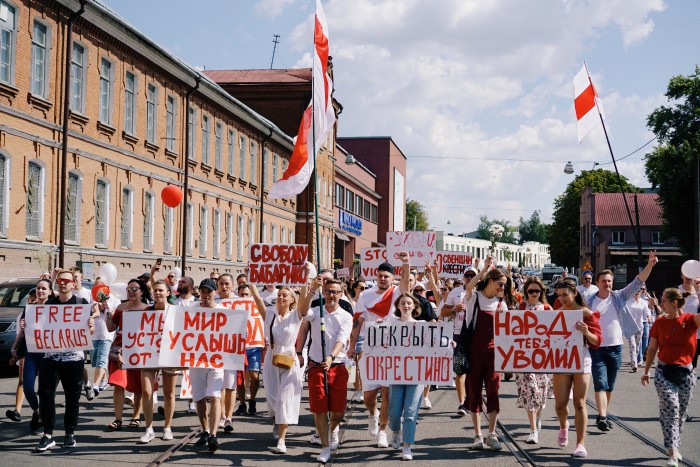 Two Dehonians were victims of the repression of the Belarusian government. Their guilt is that they shared the protest of hundreds of thousands of people demanding justice and rights. We have collected their testimony and an Appeal to the Congregation.
by  Sergio Rotasperti

“It is very difficult to say in a few words what we felt… We were with our people, with the people, as our founder Fr. Dehon was close to the people during his life. We experienced injustice, we experienced fear, but we felt deeply united in God…”.

This is the brief testimony of one of the two Dehonian confreres who were victims of the ongoing repression in Belarus. For security reasons their names remain anonymous. Detained in prison along with many other people, they were released after a week. They have not yet overcome the trauma and psychological shock, but continue to testify next to the people.

Dehonians in Belarus are engaged in social work, performing parish ministry and at this time are in solidarity with the victims, praying for them. They tell us: “A great change has happened and is happening in the heart and mind of the Belarusian people. The people are united against the dictatorship. Persecutions are taking place, but together with all the Christian churches, our Jewish and Muslim brothers and sisters, we are trying in a different way to break the violence and protect the rights of the people”.

What happens in Belarus?

Belarus is through one of the most critical moments of its recent social and political history. A series of demonstrations and popular protests are still going on against the Belarusian government. President Aljaksandr Lukašėnka, called “the last of the dictators” in Europe in office since July 20, 1994, was re-elected for the sixth consecutive term during the presidential elections on August 9, 2020. He is accused of electoral fraud, corruption, refusing to take security measures for the COVID-19 pandemic, opposition repression and press censorship.

Hundreds of thousands of people have taken to the streets to demand justice and new elections. The United Nations is following the development of the affair with concern, the European Union has condemned the police violence following the elections and has declared “not to accept the election results”. On the contrary, other world powers such as the Russian Federation and China in the aftermath of the elections congratulated Lukašėnka.

The UN High Commissioner for Human Rights condemned the repression, imprisonment and torture that took place following the popular protests.

During the Angelus of August 16, Pope Francis made a strong appeal for dialogue against violence: “I follow the post-election situation in this country closely and appeal for dialogue, rejection of violence and respect for justice and law”.

Our Dehonian confreres also make a strong appeal to the Congregation: “We ask the Congregation for prayer and fasting for Belarus.  An appeal that we hope will not go unheard. 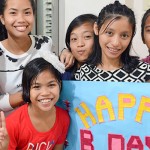