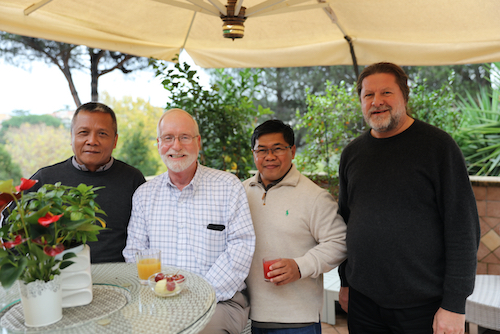 The second day of the meeting of Superiors Entity began with the Eucharist, which was presided by Fr. Levi Ferreira, General Councilor. Concelebrants included Fr. Jan Etel of Belarus and Fr. Alessandro Capoferri of Mozambique.

In the meeting hall, Fr. Levi presented a reflection on the value of gratitude in line with the theme of the day: “He went beyond their interests”. With this theme, the superiors of the entities have begun to reflect on internationality in two respects: people and structures.

In the abundant reflection developed during the day, some elements were noted as follows:

– The Congregation had an international dimension from the beginning. In recent years the international character has acquired greater depth and extension thanks to the push to create international missions in various parts of the world. In fact, the issue of internationality is mainly at the mission level.

– Internationality is a path that must be followed by those who are called to embrace an international project. This requires cultivating the ability to share one’s culture and to welcome other cultures. This process takes time and patience.

– Internationality wants to be an attitude of life that is expressed in all that is done: work, prayer, fraternal life, mission, sharing, harmony with others, dialogue.

– International projects need to be clearly defined so that people know what they will do and what tools they can count on to accomplish their mission.

– The fundamental motivation for internationality is: all the members of the community have been called by Christ and therefore all are also called to live the gift of vocation in an international community, knowing how to value, in themselves and in each confrere, this essential element of consecration

– Internationality does not change the character of a person but renders it capable of putting its own way of being and its abilities at the service of the common cause. Internationality requires an effort of interaction and growth.

It was also emphasized that it is important to prepare studies and reflections on internationalism at the level of anthropology, ecclesiology and missiology, asking for the collaboration of confreres who are experts in these disciplines

Even the laity can collaborate on certain international projects and must be prepared for this.

Finally, the importance of accompanying confreres sent to international communities was emphasized: it is not enough to send, we must also accompany them.

– Sending of confreres who do not have the necessary human, psychological and spiritual conditions to embrace an international project;

– The availability of people cannot be the only criterion for sending confreres on an international mission. It is necessary to assess whether a person has intrinsic aptitude to undertake an international project.

The Superiors of the Entities also dedicated time to reflect on internationality in the structures and forms of government. The way in which the entities of Africa organized themselves by creating the Conference of the Superiors of Africa (COSENAF), with statutes, was assessed as very positive. Also, in Latin America there are various experiences of collaboration and joint work at the level of the entity. The United States and Canada have many ways of walking together. In Europe the superiors of the entities have developed several common initiatives but at the same time they realize the difficulty of going further because of the history and cultural diversity of the entities. In Asia too, important steps are being taken towards international collaboration. It was emphasized that all this does not prevent direct collaboration between the entities.

The debate on the merger of the provinces, the confederation of entities, the transformation of the provinces into regions was on the table, with different arguments, but without reaching any conclusion.

There was also talk of districts dependent on the Superior General, of the positive and less positive aspects of this dependence, as well as of the new foundations and how they will be structured at government level.

Finally, we understand that we must go “beyond one’s interests”.

The day ended with information on the process of revision and harmonization of the translations of the Rule of Life, required by the last General Chapter, and the presentation of the process of structuring the Dehonian Family, by the president of the International Family Coordination Group Dehoniana, Fr. Bruno Pilati. 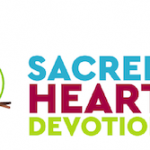