Today, January 19, the Dehonian bishops reviewed a study on “The challenge of Evangelization”. The theologian Serena Noceti, a professor of systematic theology, offered a significant contribution. Noceti is on the theological faculty of central Italy, is a founding member of “Coordinamento Teologhe Italiane”, and vice president of the Italian Theological Association. Noceti structured the reflection around the theme of a church in transition. According to her, we are witnessing a fourth phase of Vatican II, an action dictated by Pope Francis with Evangelii Gaudium, a programmatic document inviting, encouraging and guiding the people of God to reform. 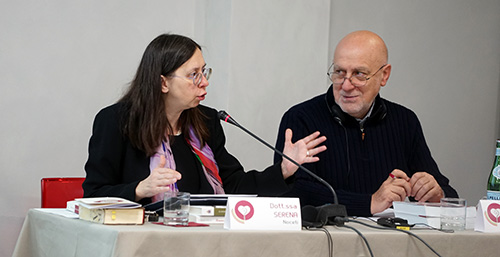 The people of God re-emerge

The category of God’s people has been fully recovered and has become the premise of important paths, capable of overcoming the Gregorian and Tridentine model. The speaker emphasized this last aspect, highlighting how certain resistance to change is due to the pre-understanding of the Tridentine model that remains strong in the mentality of those responsible for the request. In a church that has become worldwide and culturally polycentric, it is no longer possible to perpetuate an ecclesiocentric image.

Called to the mission

An important contribution to this renewal can be offered by using the concept of “church in mission”. In this action, which is the foundation, and the meaning of the church, Christian communities are evangelized and evangelizing. In this sense, missionary activity becomes a paradigm of every ecclesial activity, and gives the Church a new position, a new look at reality and a new style. This is desired and dictated precisely by Pope Francis in his joyful expression of an “outgoing church”. This does not mean simply going to meet something in a generic way but an escape from the code of the sacred, from the security of the law and the norm, from the strength of the opposition. 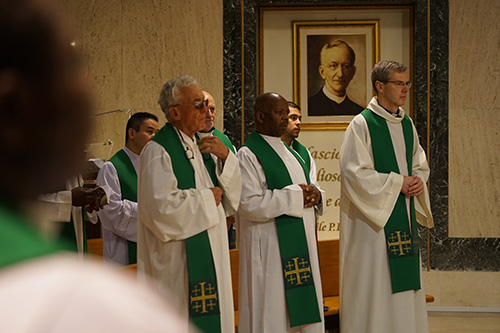 In Evangelii gaudium, the relationship between evangelization and the church is marked by several important changes: an inculturated evangelization is sought; realized as a “collective work” of the people of God, concretized through a dialogical form. The communicative and participatory dynamics are established through an inclusive and anti-elite church, a church of the poor, placing the local church at the center to overcome a one-way communication, typical of the Tridentine model, and enhancing the “sensus fidei” of God’s people. 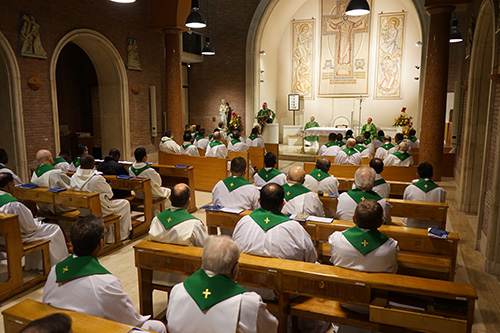 In this restructuring, it is important to note the subjects. The first subject is the church, God’s people, with identities defined in correlation. Within the people it becomes important to rediscover the role of the laity, who are a significant majority. There must be a guarantee of inculturation; they are actors of a non-ecclesiocentric perspective, bearers of non-clerical language. The ministry of the couple must be rediscovered; through the sacrament of marriage it becomes the grace and ecclesial ministry of “We”, a sign of the essence of the Kingdom of God, manifested by communion in difference. Within the people of God it is important to recover the role of women. Ordained ministry must re-envisioned. The option for the “pastor” model becomes a challenge to previous logic, a moment to rethink authority structures; it requires seminars and training.

It was an important and demanding work that saw the 20 Dehonian bishops, gathered in this moment of confrontation, deeply motivated to give way to a journey that can only do good for the Church and bear fruit.

Dedication of the New Parish Church in Aluba

Thinking about the summer ...

Thinking about the summer ...

Dedication of the New Parish Church in Aluba