Matthew, the Evangelist (18:21-35) follows his catechesis to the ecclesial community to help it grow in its Christian life. Yes, last Sunday he spoke to us about fraternal correction, today he speaks to us about the need for forgiveness and above all about the scope of forgiveness.

To do this, he resorts to the parable of the magnanimous king and the wicked servant that Jesus told Peter from a question he asked him about the times one must be willing to forgive. Peter asks about the limits of forgiveness, knowing that the scribes had indicated the limit being four times. He claims “seven” which is a way of saying “many times or most often. Jesus encourages him to go a little further by affirming or redoubling the “always. Forgiveness has no limit and it is necessary to forgive your brother over and over again.

This demand for continual forgiveness seems like a fantasy or an impossibility; it seems to set the bar very high for us to try and achieve it, but knowing that we will never succeed.

It is clear that Jesus does not set high or low standards and that he always invites us to something that is possible if we put ourselves and enter into the dynamic of God. And for this he proposes the parable of the wicked servant where everything is exaggerated, a huge, unpayable debt or another quite affordable debt. A master or king who forgives everything out of compassion and a servant who is incapable of forgiving a trifle, even after having been favored with the greatest of pardons.

For Jesus the model is always “The Father” and he invites us to be like the Father. In order to know how and how much to forgive, we must cast our eyes towards God. And Jesus affirms that God always forgives. That the name of God is Mercy and that he forgives always-always-always (70 times 7). And that God’s forgiveness always goes ahead and is unconditional on His part. This means that on the other hand there must be a certain attitude.

The disciple knows himself and knows this forgiveness of God in his person. Recognize or acknowledge before God that we are indebted to him for many things and that we have also been unfaithful and sinful many times. The Lord forgives our debts.

It is this experience of forgiveness that immediately leads to the brothers to forgive. As I have been forgiven, in the same manner I forgive. God always forgives me; I always forgive. We forgive our debtors.

It is the petition of the “Our Father” that comes alive. Forgive our debts as we forgive our debtors. That it is not a conditional but an affirmation that the two pardons go together, that one leads to the other, and that if the second does not happen, it is because we have not accepted nor experienced God’s forgiveness first.

The bar of forgiveness is not in God but in me who does not accept that forgiveness and I become incapable of realizing that forgiveness. Not once, not a thousand times, I am incapable of coming out of my shell. I am still surrounded by hatred and violence. I am aggressive and offensive. I really became a “wolf” to man, grab by the neck, destroy and break the community.

We often say that the one who does not experience the free love of his parents will hardly be free for others and insert himself easily in a fraternal and human community. Here we say the same thing. When love is exercised in mercy and forgiveness, if one does not accept being forgiven or does not recognize that one is in need of mercy and forgiveness, one will hardly be able to forgive anything, except for convenience or appearance; but never a forgiveness from the heart.

Forgiveness is always possible and is much better than not forgiving. He who closes himself to forgiveness accumulates hatred and closeness and manages to destroy himself and others. He may think he is saving his honor but instead, he is corroding his heart and his capacity to love and to relate.

It will not be easy for a person broken and trampled on by violence, contempt and abuse to make way for radical forgiveness. A process of healing and assimilation is necessary. But at the end of the process, it will be better to grant forgiveness than to maintain the breakup forever.

From the human measure it may be impossible or at least quite difficult but if we enter into the dynamic of faith and love and embrace this merciful love of God for us and allow ourselves to be drawn by it, then the hills and valleys will be smoothed out. Our hearts will be opened to forgiveness and mercy for our neighbors. We will be prophets of love and servants of the reconciliation of people and the world in Christ. 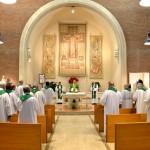 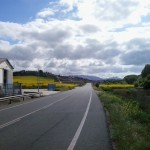 The Lord is righteous in all His ways

The Lord is righteous in all His ways