Insider » Republic of the Congo

“I knew the history of the congregation, but not really the life of the congregation. I didn’t know the experience of our confreres in different areas of the world until I was with them in person and got to know their situations. Eventually, I came to realize that the whole congregation experiences nearly the same challenges. It is only the emphasis and cultural accent that differs in each entity. All face the same concerns of religious life, SCJ identity, formation, finances and pastoral activities.” -Fr. Albert Lingwengwe, SCJ 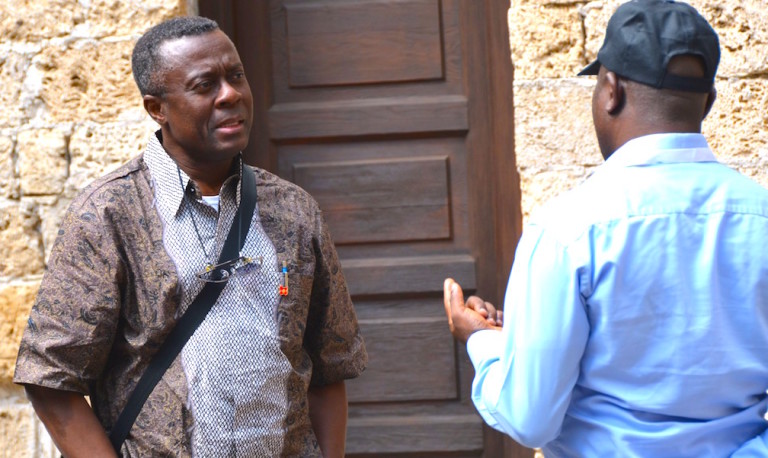 “Love” is what caused Fr. Albert Lingwengwe, SCJ, to leave his job and follow the call to religious life.

“The love of Jesus, the love found in the Sacred Heart called me to the congregation; I am very grateful to the Lord for my vocation.”

As a young man in his 20s, Fr. Albert, now 59, walked away from a good-paying job as a civil servant, a job that wasn’t easy to come by in the Democratic Republic of Congo. It was work that not only helped to support him, but his family.

He came in contact with the Priests of the Sacred Heart when he was a young adult becoming more active in his parish, an SCJ parish. The spirituality of the community inspired him, but so too did the example of many of its members.

“In particular I remember Fr. Władysław Stasik, an SCJ priest who died last year,” said Fr. Albert. “He was humble, hard-working and always close to the people. His example was a model for me.”

Later, as an SCJ priest, there would be other models, including Fr. David Maher, SCJ. An American, Fr. David served as a missionary in Congo for most of his religious life. Fr. Albert ministered for three years with Fr. David before going to Europe to study at the Catholic University of Louvain in Belgium.

“Never for a moment did I think that I would work in Rome, moreover, as a member of the General Council,” said Fr. Albert. “Nothing predisposed me to this. But I was encouraged to do so by my former spiritual director who had accompanied me in the first steps of my vocation. By this time, he was helping me in the formation of the novices.

“I was also strongly encouraged by many other SCJs in Rome and elsewhere, including Fr. José Ornelas Carvalho [now bishop of Setubal, Portugal] and Fr. Claudio Dalla Zuana [now archbishop of Beira, Mozambique]. However, what really convinced me of the need to accept the call to general administration was the insistence of Fr. Augustin Ihwa, a Congolese SCJ priest.”

A student in Rome, Fr. Augustin was struggling with complications from a brain tumor. He died in 2010.

“We need you here, do not say no to this responsibility,” said Fr. Augustin to Fr. Albert. With Fr. Augustin’s final words of encouragement Fr. Albert accepted his 2009 election to the General Council. He completed his term last summer.

Fr. Albert is now on sabbatical, studying in the ESL (English as a Second Language) program at Sacred Heart Seminary and School of Theology. In-between classes he took time to reflect on his service on the General Council, and on the impact of the Priests of the Sacred Heart in the Democratic Republic of Congo, his home country.

One of the first challenges a newly elected general councilor faces is moving to Rome and learning the nuances of living and working in an international community. Fr. Albert said that “being on an international team forced me to break out of my shyness, my reserved nature.”

He said that he wasn’t homesick in Rome, but that he did miss the more frequent contact with people that he had in ministry in Congo. “Being with the people, learning about their backgrounds, spending time with them, becoming close to them in the many aspects of their lives, discovering things about them –– this is the ‘African secret’ to a happy life; being with people, being open to people and sharing their lives.” 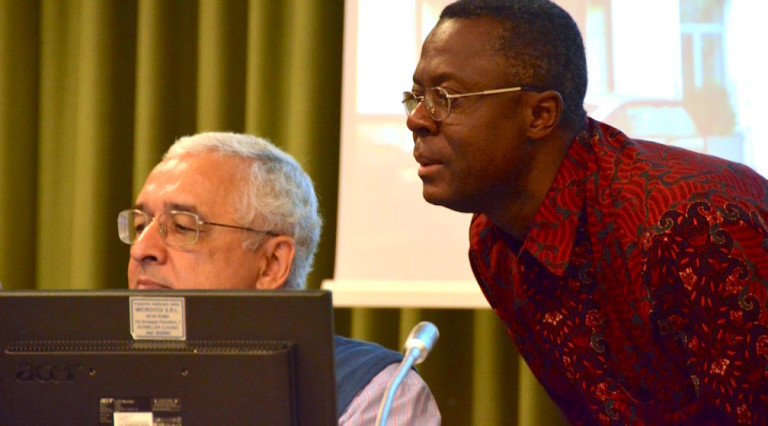 Different, yet the same

Being on the General Council gave Fr. Albert an understanding and knowledge of the congregation that few have.

“Eventually, I came to realize that the whole congregation experiences nearly the same challenges. It is only the emphasis and cultural accent that differs in each entity. All face the same concerns of religious life, SCJ identity, formation, finances and pastoral activities…

“I feel more than ever a sense of belonging to the congregation because of this experience.”

When asked about work or projects that he had been a part of during his six years as a general councilor Fr. Albert always referred to himself as part of a team. “There was a great spirit of collaboration in the group, we mutually sustained each other,” he said.

“I cannot claim any role alone,” Fr. Albert continued. “It was only by God’s mercy that I was a servant to the Church and congregation. If I can claim any merit I would say that I had a providential luck in working with Fr. Ornelas and those who were with him in his administration.

“As a team, much of what we did was built on the work of previous general administrations. We also followed the recommendations of the XXII General Chapter.”

Fr. Albert said that was most pleased during his term with the international training experiences that were organized for SCJs serving in finance (such as province treasurers), administration (province secretaries) and formation. Added to that was on-site work in the local entities in regards to financial recordkeeping, and in the younger entities, planning for greater financial self-sufficiency.

“Also, much was done in the area of spirituality, and the sharing of our spirituality and life with the laity,” he said. He added that the continental conferences were also significant moments during his term on the General Council. “Especially the one on Dehonian religious life in Africa.”

When asked if he had any advice for the new administration Fr. Albert said that instead of advice, he simply “shared ideas, viewpoints and information.” He said that he was impressed by the Six Year Plan that the General Council published at the beginning of the year.

“Regarding Africa, I am glad to see Fr. Léopold Mfouakouet, SCJ, as the General Council’s representative to the African entities,” he said. “I remember his presence at the meeting of Major Superiors of Africa. He has an extensive knowledge of the two largest African entities –– Cameroon and Congo [where Fr. Léopold studied and ministered] –– and moreover, he showed strong leadership and collaboration skills as provincial superior of Cameroon. I enjoyed working with him when I was on General Council.”

Reflecting more specifically on his home province of Congo, Fr. Albert talked about the SCJs’ impact on the Church there, especially in the eastern part of the country. “The congregation continues to make a large mark in social fields, especially in education and youth ministry. Our young SCJs are both strengthening current works and expanding the SCJ presence in Congo.”

But the work of the SCJs in Congo is not without challenge. “We must evangelize, spread the Gospel, announce and testify Jesus amidst the difficult context of poverty, political and social conflict, the challenge of personal and selfish interests. People –– even those in the SCJ community and the broader Church –– can be attracted and even addicted to material self-seeking…

“We SCJs face these challenges and give witness not by what we are doing, but how we are, the life we live among the people, including our own communities. Always what is important is who we are; what we do is secondary.”

And then there is the practical issue of money. Congo, as well as other entities in Africa, said Fr. Albert, needs to find a pathway to financial self-sufficiency. It is not an easy challenge in a country where poverty is often the norm.

Fr. Albert said that it is in Congo where Dehonian spirituality has been lived deeply by example, especially by SCJs who have remained with the people of Congo through many years of conflict, some even losing their lives as martyrs during the 1964 Simba Revolution.

“We SCJs have always offered our faith, our spirituality and our works to the many people living on the periphery,” said Fr. Albert. “And now, it is up to us who have been handed a spiritual inheritance from those who came before us to take responsibility for our future as a congregation in Congo, and in Africa as a whole.”

“I am proud to be an African SCJ from Congo,” concluded Fr. Albert.

Reflection on visit to India

Reflection on visit to India