Fr. Albert Bourgeois, scj – the second founder of the Congregation

Father Albert Bourgeois emerged as one who helped the congregation to slow down and enter into a time of deeper self-reflection.

Born on January 30, 1921 in Jandelaincourt, near Nancy (France), he was seven years old when his father died and only three years later he lost his mother. As a child he knew at a very early age the sufferings and difficulties of a poor working-class family. In 1931, at the age of 10, he was admitted to the Saint Clement Institute, an apostolic school founded by Father Dehon in 1882 in La Fayet, near Saint Quentin, and later transferred to Viry Chatillon, in the Paris region. There he decided to enter the Congregation. After his first profession he studied philosophy and theology in Dijon and Lyon and was ordained a priest on July 6, 1947. After studying literature, he devoted himself entirely to Dehonian education and formation as a teacher and then rector of the seminary. In 1960 he became superior of the French Province and was elected Superior General on June 8, 1967.

After figures like Father Govaert, a good Dutch organizer, the Congregation needed to grow not so much in numbers and organization. but in depth. Father Albert was like a second founder, who made the Congregation grow in its spirituality and reflection. This is not to diminish the work and apostolic zeal of his predecessors. Since Father Dehon had to leave France in 1902 and settle in Brussels, the Congregation has spread to more than 30 countries. Fathers Philippe, Govaart, Lellig and De Palma spread the congregation all over the world, as it grew enormously in numbers and provinces. The Netherlands alone gave more than 600 missionaries to the Congregation. The time had come to grow not only in numbers but in depth. Bourgeois was like a second founder, a man who sought to deepen our spirituality, a task proposed by the Supreme Pontiff himself in light of the Second Vatican Council. This is not to pass over the work of his predecessors, but to take up the spiritual legacy of Fr. Dehon anew.

In his closing address to the 15th General Chapter, he affirmed his faith in the vitality of the Congregation and called it to give witness to a true and consistent love in the Church. He said: “The door to the mystery of the Church for us, as for Fr. Dehon, is the Heart of Jesus. If, after Vatican II, we perhaps have a clearer and broader conception of the dimension of this mystery than Fr. Dehon might have had after Vatican I, it is the same dynamic movement that leads us from the Heart of Jesus to the Church and continually brings us back from the Church to a better appreciation of the call that Christ addresses to us.”

I personally got to know Fr Bourgeois in 1968, when he visited us in the parish of Fatima in San Bernardo, here in Chile, together with Fr Ruttens, procurator of the missions. He was a simple man, a bit shy, at first sight “a little priest from my village” as we know them in Chile.

Within the mandate of the Second Vatican Council, Father Bourgeois introduced us to the renewal of the Church and the progress of the Council and accompanied us in the renewal of religious life and our spirituality. As a good Frenchman, he was able to probe Dehon’s spirituality and charism and he updated it for our time and circumstances. He placed our Congregation and its heritage in our post-conciliar times. Texts such as the SCJ Rule of Life are examples of profound and renewing work along conciliar lines. At the end of his mandate, Fr Bourgois remained in Rome. He continued to contribute his precious collaboration to the updating of Dehonian life and became even more committed to the study of the writings and charism of Fr. Dehon.

If today we would like to propose Fr. Bourgeois as an example and inspiration to the new generations, it would be good to make his writings and works known as a contribution to the patrimony of our Congregation. His life of simplicity is a good example, like the man from Nazareth, who came not to be served but to serve.

Thank you very much, Lord, for this gift and example. 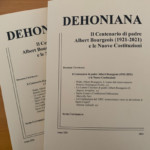 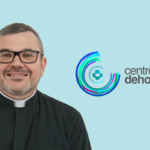 One of the privileged ways to understand the state of the mind of a superior general is undoubtedly through his letters. Understand Fr. Bourgeois through his circular letters.

The man of renewal

Centenary of the birth of Fr.  Albert Bourgeois

Memory of the sixth Superior General.