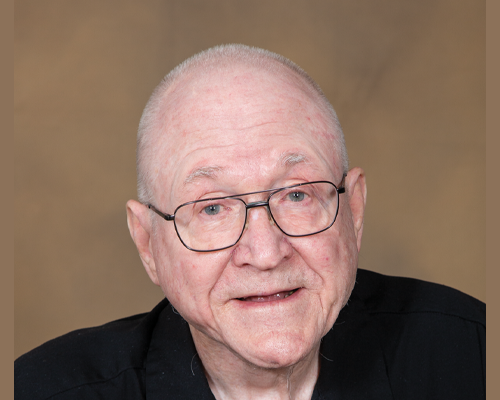 He was currently living in Chamberlain (United States of America). He belonged to the Province USA.

Fr. Bernie Rosinski, SCJ, died on the afternoon of November 3. In August, Fr. Bernie was diagnosed with metastatic cancer which had advanced to his lungs, pancreas, and liver. He was in hospice care with the SCJ community in Chamberlain, SD. He was 88.

Except for a brief stint in vocations, most of his ministry was academic or administrative. He taught at Divine Heart Seminary in Donaldson, Ind., at Dehon Seminary in Great Barrington, Mass., and at Sacred Heart School of Theology. In 1990 he was named provincial secretary but stayed with the Provincialate for only a year before being asked to serve on the staff of the Generalate in Rome. He was there from 1992-1998, after which he returned to SHSST. In 2001 he was back to his old job as provincial secretary. He also served on the Provincial Council.

He retired in 2007, but it was an active retirement. In South Dakota he assisted with pastoral ministry and held formation workshops for permanent deacons. Fr. Bernie had degrees from the Gregorian University in Rome, Georgetown University in Washington, D.C., Sacred Heart Seminary and School of Theology and from Ball State University in Muncie, Ind.

“I am happy to be an SCJ because I am surrounded by saints,” said Fr. Bernie, reflecting on his 70th jubilee of vows. “There are so many of them, both deceased and still living. I find that by being with them I discover their saintliness, often hidden, but discoverable through attentiveness and observation. It’s not that my SCJ brothers don’t have faults. It’s that they seek to find them out, work on them, weed them out, and face any fault or weakness that prevents the LOVE and SERVICE to others that Fr. Dehon called for. That takes courage and guts. That SCJ tradition is bonding.” 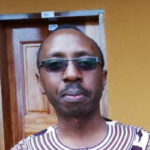