Although I am not a historian and only marginally familiar with SCJ history, my view is that the XVIth General Chapter in 1973 was one of the most contentious chapters in the history of the Congregation of the Priests of the Sacred Heart of Jesus. In saying this, I have in mind as well that other famous chapter in the early years of the Institute when a small group attempted to remove Fr. Leo Dehon from his leadership position as superior general. Forgive me for my speculative judgment.

The XVIth General Chapter took place in Rome between May 23rd and July 7th 1973, nearly 50 years ago. Its chief function was to elect a Superior General; another important function was to comply with the Decree on the Adaptation and Renewal of Religious Life of Vatican Council II: “Therefore let constitutions, directories, custom books, books of prayers and ceremonies and such like be suitably re-edited and, obsolete laws being suppressed, be adapted to the  decrees of this sacred synod.” Perfectae Caritatis (3). [Hereafter, PC].

Current in the world at that same time were the voiced and unvoiced expectations of what the Vatican Council II, which concluded in 1965, would accomplish through its deliberations.  Expectations were so wildly divergent as people waited for the Holy See to “flesh out” how the various decrees were to be implemented. People often spoke about “the spirit of Vatican II” without ever specifying what the term meant (e.g., rumors of a married priesthood, intercommunion among religions, etc.). Oftentimes such outlooks were fed by a secular press and by social organisms with vested interests.

Among SCJ delegates elected to the XVIth General Chapter, it seemed to this delegate-observer, that our common knowledge of the immediate past chapter’s conclusions was largely unknown. Mine certainly was. The earlier XVth General Chapter consisted of two lengthy sessions both of which took place almost immediately after Vatican II concluded. The first session lasted from April 27 to June 25, 1966 and its second session (an Extraordinary Chapter during which Fr. Albert Bourgeois was elected to his first term as Superior General) lasted from May 10 to July 1, 1967. If the delegates to this earlier chapter sought to respond to the demand of PC (3) and had prepared any suitable materials in response, this delegate was unaware of the fact. There was no “proto-draft” of a Rule of Life given us to look at. Indeed, it seemed like the XVIth General Chapter began like a tabula rasa.

Chapter sessions took place on the north side of the present Collegio which, at that time, was a vast aula. Rented units equipped with earphones and microphones provided seating. A few SCJs served as translators but the number of languages available for use was severely restricted. For the first time since it was founded in 1947, the Polish SCJ province was able to send delegates to a general chapter. That fact was announced to the delegates who responded with great applause. Delegates unable to be housed at the International College itself found housing at the Pio Latino College.

The chapter began with the usual preliminaries to be taken care of: governing procedural rules, agendas, reports, State-of-the-Congregation report, etc. This observer can still recall the names of two of the three moderators: Frs. Oscar Scheid and Oliviero Girardi. The Board of Moderators which included Fr. Bourgeois was careful to explain each step as the chapter proceeded along.

Delegates were formed into linguistic groups and began processing a related series of carefully designed questions submitted to them. The questions covered all the various elements that make up what we religious today know and understand to be a set of constitutions, with something new added: a Directory to add specifics and details. The combination of Constitutions plus Directory would provide SCJs with a Rule of Life. After discussion, groups were then expected to give reports back to the chapter assembly.  That procedure is one that most probably preceded this XVIth General Chapter and is one that certainly has been used since.

The reports that the assembly heard from the reporting linguistic groups in 1973 quickly gave rise to the notion that there were two widely differing perceptions of what religious life should be, as we attempted to re-write our constitutions. It became apparent almost immediately that some delegates and some delegations were enamored of expectations and views expressed in journals and other publications of special interest groups: e.g. replace vows with promises; permit married religious, allow laypeople to join as couples; in almost every area of religious life it seemed that some were interested in calling “obsolete” almost everything  Fr. Dehon had established in his original constitutions.  Others rejected that view.

A sociologist would summarize the situation by saying that the chapter assembly had resolved itself into two opposing groups with a small group attempting to be peacemakers. Each faction had its preferred locations at which to meet, to recreate, to dine. Discourse among group members consisted largely in saying: “Did you hear what so-and-so reported on such-and-such from his linguistic group?” Membership in a faction sometimes cut across provincial and  regional lines. With frequent reminders from the Board of Moderators about the task given us to re-write our constitutions at the directive of PC(3), I can recall one delegate sitting down and writing a five page booklet and proposing it as our constitutions. Later, an attempt was actually made to approve this tentative. If they can be so designated, one group could be called “unconventional” and the other group “conventional.”

The antagonism and rancor that began to prevail, because of the contrary and opposing views publically expressed at the general assemblies, carried over into the election procedure. There was a serious, almost successful attempt to elect another SCJ in place of Fr. Bourgeois.  The novelty of this attempt consisted in nominating as a candidate a personable and well-qualified person from a small province. He immediately  recognized that his nomination was a political maneuver and publically protested this “scherzo.” One can examine the balloting to see that Fr. Bourgeois was taken to the last possible ballot to obtain the 50% +1 he needed to be  re-elected. Similarly, the  council members were subjected to the same humiliating procedures. Several times, elected delegates who were proposed for nomination said they would not stand as candidates for election and thus refused to  be used politically.

Round and round the discussions went. A few things were agreed on, mostly common sense things. But everything else was examined, debated, re-examined and re-debated…largely without coming to any conclusions. Being from the United States, this observer recalls the travails that took place in Philadelphia when, in 1776,  the Declaration of Independence from Great Britain took place. The work of writing the document finally approved was at the end given to one person, Thomas Jefferson, because the assembly delegates themselves could not agree on anything.

This observer-delegate recalls two events that symbolized the whole situation: (1) at one point during the assembly debates, the eldest Polish delegate, apparently frustrated by the lack of progress and the divide, ran from the aula shouting in Italian “the congregation is coming to an end;”  (2) on another occasion before a first morning session began, one of the SCJ translators with a most helpful disposition tried to reduce the obvious tension present by flying a rubber-band-driven mechanical dove. It was the Vigil of Pentecost. And the mechanical dove flew nicely through the aula dipping and weaving like a real dove. Then a prayer opened the assembly and its activity followed. At the end of this particularly acrimonious session, the SCJ reappeared from his translation booth and tried to fly the mechanical dove once more. It started up and then headed straight down to the  aula floor where it crashed. And all the  delegates, of whatever persuasion, as they left the aula nodded their heads in recognition of the symbolism.

Ultimately, the chapter recognized its failure and wisely approved the only thing it could: it established a committee with the authority to draft a constitution for the following general chapter to look at and approve; it gave authority to the General and his council to provide and approve an interim document. I can recall two of the three persons selected to serve on the draft committee: Frs. Alfredo Carminati and André Perroux, both of whom commended themselves to the delegates by their sensible observations during the debates and their neutrality in the face of the factionalism.

We survived this chapter only by the grace of God and because the Church had need of the charism of Fr. Leo John Dehon. And if an SCJ could survive this event, he could survive anything.

[1] A note of the Centro Studi Dehoniani: The General chapter, on July 4, 1973, approved with 76 votes in favor and 2 votes against a text intitled “Notre Règle de Vie”. This text, together with other documents approved by the General chapter, was sent to the different entities to be examined and experienced and constitutes the core of what today we call our Constitutions (cf. Documenta IX, p. 32ss.). At this regard Fr. Rosinski asked the Centro Studi Dehoniani to publish this statement: “When I first read the Document IX after it appeared in 1975, even then, I had a hard time matching what it stated with what I had experienced. And this was not long after the chapter had taken place. So even then I could not reconcile my experience with what was written. And that was only two years after the chapter. I am sorry that my views do not match what is officially written. Furthermore, I am not able to recollect even seeing the texts named on page 20 of the English version of the DOCUMENTS IX: XVI GENERAL CHAPTER (AI-IV and BI-IV) said to have been given us for study. I can hardly imagine such being the case when delegates were proposing their own texts, such as the five page constitution one of the delegates distinctly offered (and whose name I recall but will not provide here). I will confess that 49 years have passed and memories and impressions fade. I am willing to state that I could be wrong.”

Member of the USA Province, he participated in the XVI General Chapter (1973). He served as Coordinator of Services at the General Curia from 1992 to 1998 and was Provincial Councilor of the USA from 2001 to 2004. Currently (2022), he resides in the community of Chamberlain, SD. 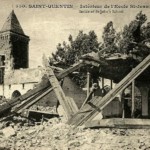 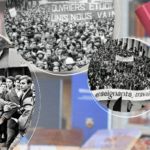