On the occasion of the 40th anniversary of the recognition of our Constitutions, we present some witnesses to the General Chapter that worked on the Rule of Life: John van den Hengel, scj

I remember well the morning during the 1973 General Chapter on which the first draft of the Rule of Life was completed. It was late June or early July. Since I was one of the younger members of the Chapter, I did not have a room at the International College. I had come somewhat early from Domus Maria on Via Aurelia where I was staying. I was walking on the pre-reconstruction, fourth-floor outer passage, waiting for the activities of the day to begin. There I met Piet Adam.  He told me that he had just finished typing André Perroux’ draft text of the new constitutions. A sense of relief came over me. We had been struggling since early May to resolve how we would complete the task we had been given by Evangelica testificatio and by the Chapter to forge an inspirational text as a Rule of Life. Quite different from the 1956 Constitutions, the new text was to be based on the charism of our Founder, who at the time was known mostly from Henk Dorresteijn’s Life and Personality of Father Dehon. Hardly anyone knew how to go about it. The proceedings of the Chapter were mainly in the hands of the Superior General, Fr. Albert Bourgeois, and a small drafting committee.  We were exhausted discussing an endless number of possible topics that could/ought to go into new Constitutions and many of us had given up hope that we could complete the task.

That changed on that day. When we first got the new text in French that day, I for one was relieved that the mainly reparative view of our way of life as followers of Dehon of the 1956 Constitutions had been pushed aside. It acknowledged that the world view of St. Margaret Mary’s devotion to the Sacred Heart with the reiteration of the nine promises had lost its spiritual force.  The new text was not primarily juridical or moral but optimistic, prophetic and forward-looking.  The tone was so different that later on my way back to Canada, I wondered whether the chapter would be allowed to assume the consent of the Congregation. Would everyone consent to accept this document as their Rule of Life and agree to accept them as the new Constitutions?

What had changed in the lives of the members that allowed the Constitutions to be so well received in the first period after the 1973 chapter?

As Dehonians we too hold on to the revelation of God that is played out in the day-to-day life of Jesus. We want to give form to God’s vision of life as demonstrated and incarnated by Jesus. We have no better word than the surplus found in the gratuity and in the sorority/fraternity of the word and action of Jesus: his prayer life and his interaction with the poor and the sick in Galilee. The unknown God, particularly the abundant generosity of God, have been translated of today’s culture into the anthropological language. The difficult and ineffable naming of God today has found no better way that in the sequela Christi. That remains our faith. In our own way, we have chosen to follow Jesus as he makes his way to Jerusalem. We Dehonians want to take this following all the way to the cross and the piercing of his side so that in some way also our blood and water may flow from our hearts for the sake of the world. We must continue to be readers of this Gospel of self-gift and love despite the hesitations, our own fears for today, and go where the Spirit sends us in our following of Jesus. As Pope Francis said in the same letter: “The creativity of charity is boundless; it is able to find countless new ways of bringing the newness of the Gospel to every culture and every corner of society.”

To fulfill this charge for today, we may well want to read again the Rule of Life of 1973 and, perhaps, to regather in our next Chapter, to help us overcome – or live with – the hesitations of our time for the sake of the hesitant of today.

[2] Pope Francis visualized the interconnections of cultures as a polyhedron “which reflects the convergence of all its parts, each of which preserves its distinctiveness”. (Evangelii Gaudium, 2013) # 236.

Member of the CAN Region, he attended the XVI General Chapter (1973) and the XX General Chapter (2009), during which he was elected General Councillor (2009-2015). From 2012 during that mandate he became also Vicar General. He has been a professor of Christology for several years. Currently (2022), he is a member of the Ottawa I (CAN) community. 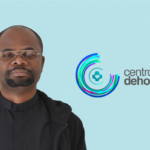 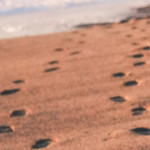 The Son of God loved me and gave himself for me