When Dehon was also a refugee …

There are over 80 million refugees in the world today. The war in Ukraine shows how this drama grows exponentially. Father Dehon also lived through the tragedy of the war and being a refugee, not without psychological consequences.

On August 28, 1914, the war reached Saint Quentin… And although it is a French city, this city is very quickly found on the German side of the front, forced to live under German occupation. It is enough to mention a story that the Founding Father related in his war notebooks to understand what this meant. Two young religious, Fr. Ignatius Devrainne and Fr. Emil Bontemps, went out for their regular morning walk and didn’t come back for lunch. They were arrested for laughing at a passing German platoon. They were judged at the risk of being arrested. Fortunately, it all ended in fine.

1917. After a long stalemate in trench warfare, it brought French and British counter-offensives without particular success. The imperial army staff was forced to organize the war front further north with American help. The population had to be evacuated, and the infrastructure of the occupied cities had to be bombed. One of the cities affected by this action was Saint-Quentin.

The evacuation from Saint-Quentin

It took place in mid-March 1917. There were days of fear of what would happen for the residents, reinforced by the constant requisition of copper objects for use in the manufacture of artillery cannons. The evacuation, announced as early as March 2, made the last two weeks a painful period of preparation, and almost everyone had to leave. Dehon wrote that about 25,000 francs were lost in buried books in his notes. According to Emiel Lambert’s 2011 calculations, this would have been around €100,000.

Reading Dehon’s notes, it appears that on March 12, the information arrived that the following day they would be taken from Saint-Quentin. But let Dehon himself tell the story. We will follow his Daily Notes (italics) and his war notebooks entitled “House of the Sacred Heart during the war” (tondo):

On March 12, after several days of arduous preparation, exile came.

On the 13th, departure. At five in the morning at the station, to leave at 9. I celebrated mass at 4 in the afternoon. They put us in a van. We sat on our bags. The American supply gave us cookies and chocolate for the trip. I left my two furnished houses (Sacré-Coeur and Saint-Jean – J.B.), the Sacré-Coeur chapel was fully furnished.

The trip was tiring. We had long stops. We didn’t know about the end of the journey. There was talk of Givet. In the evening, we disembarked in Enghien. Exhausted, with our arm bags, we were only able to leave the station one by one. The municipality of Enghien wanted to count on this. The administration had nonsense . We fell from exhaustion. The Jesuits welcomed us fraternally. I was exhausted from weariness and impressions. I will never get over this completely.

I thought I would die of a heart attack when I left the station. Fiat voluntas Dei! 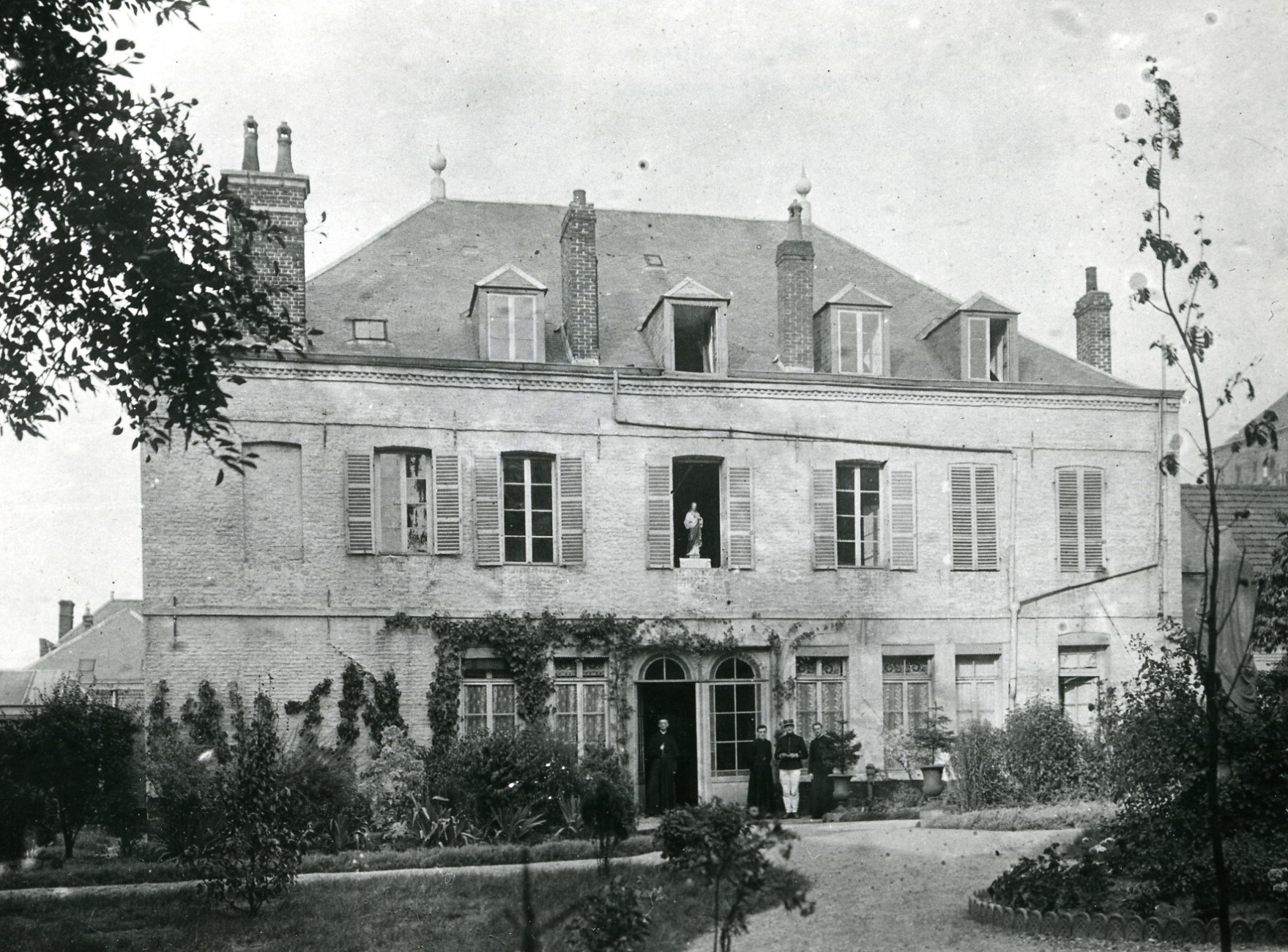 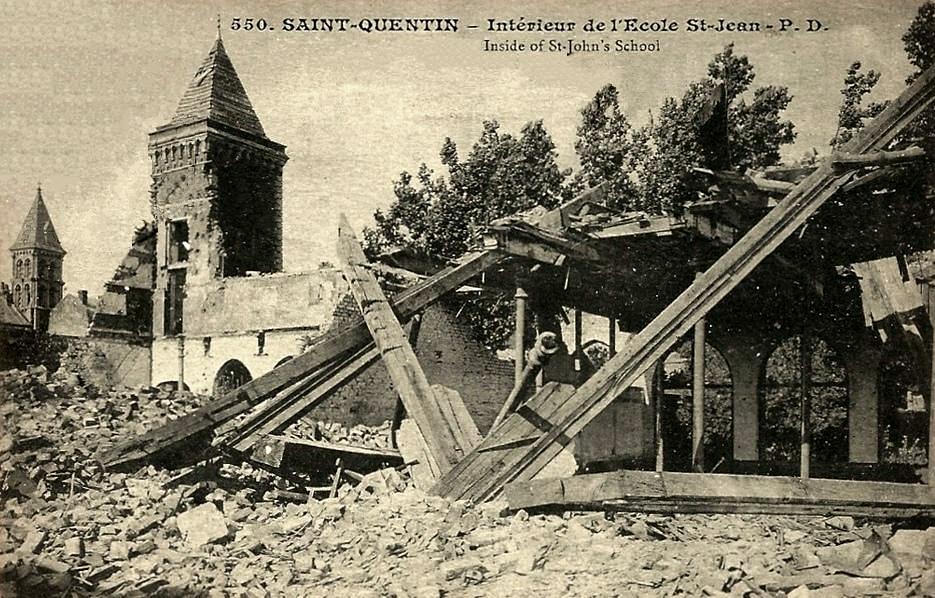 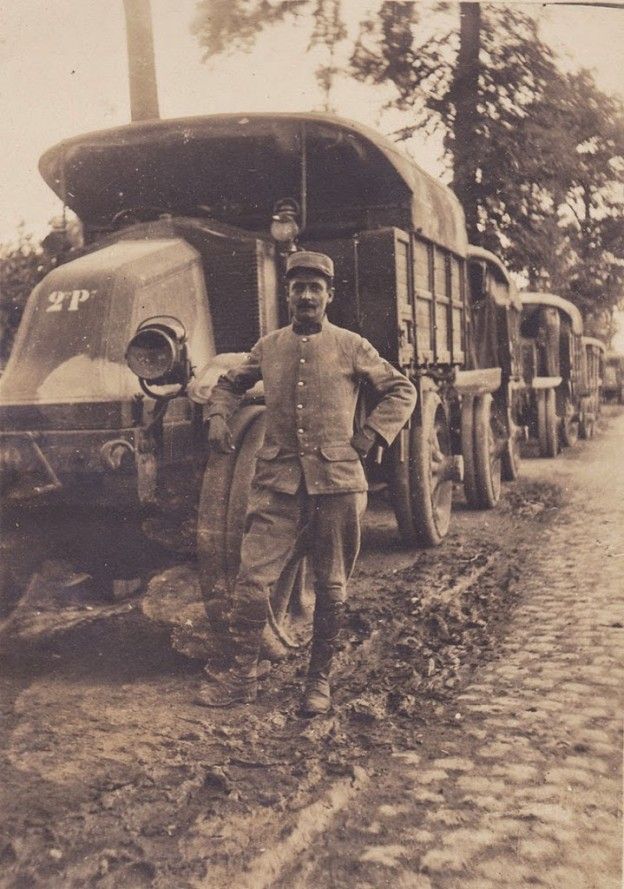 3. War van. The means of removal for evacuated citizens 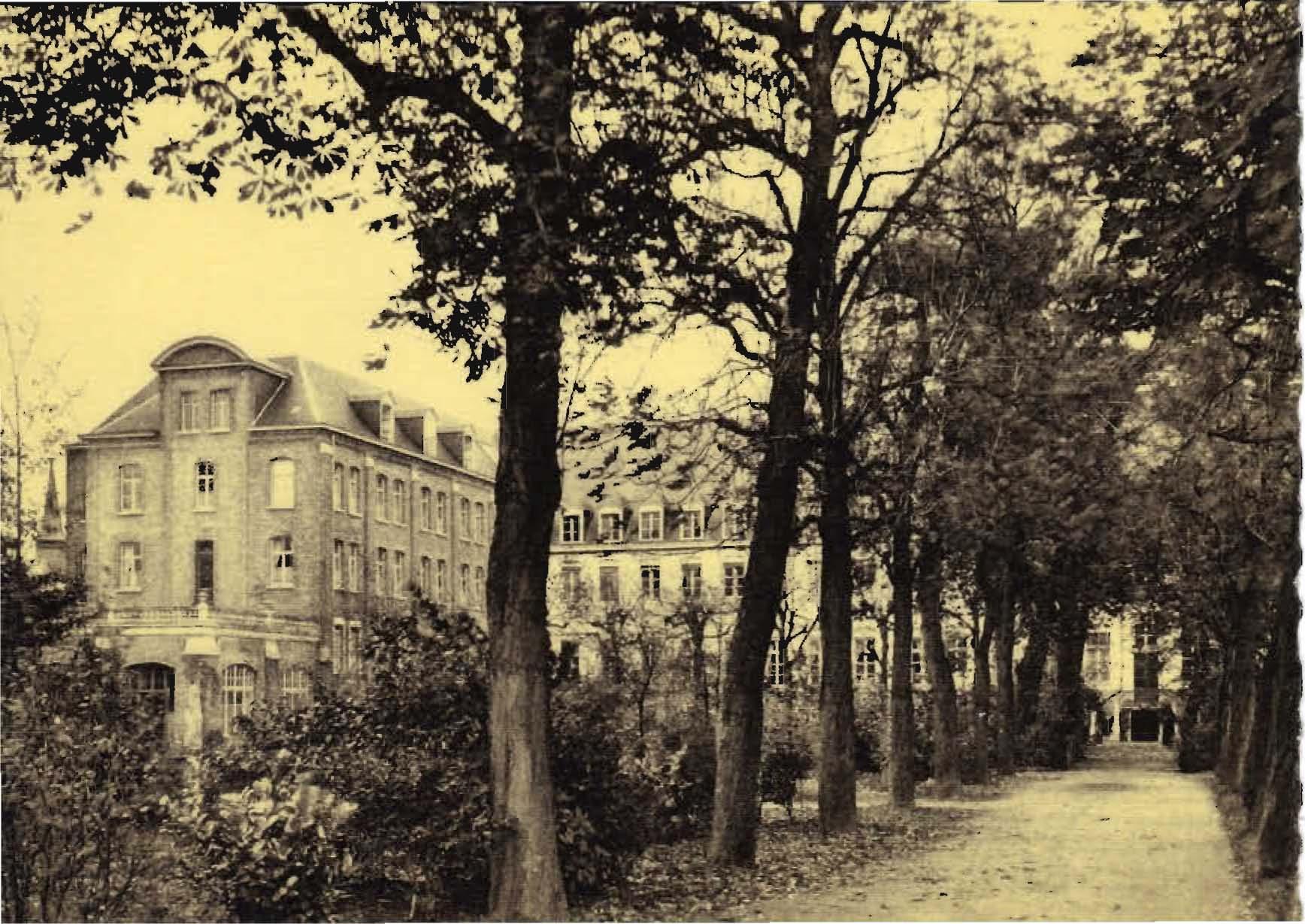 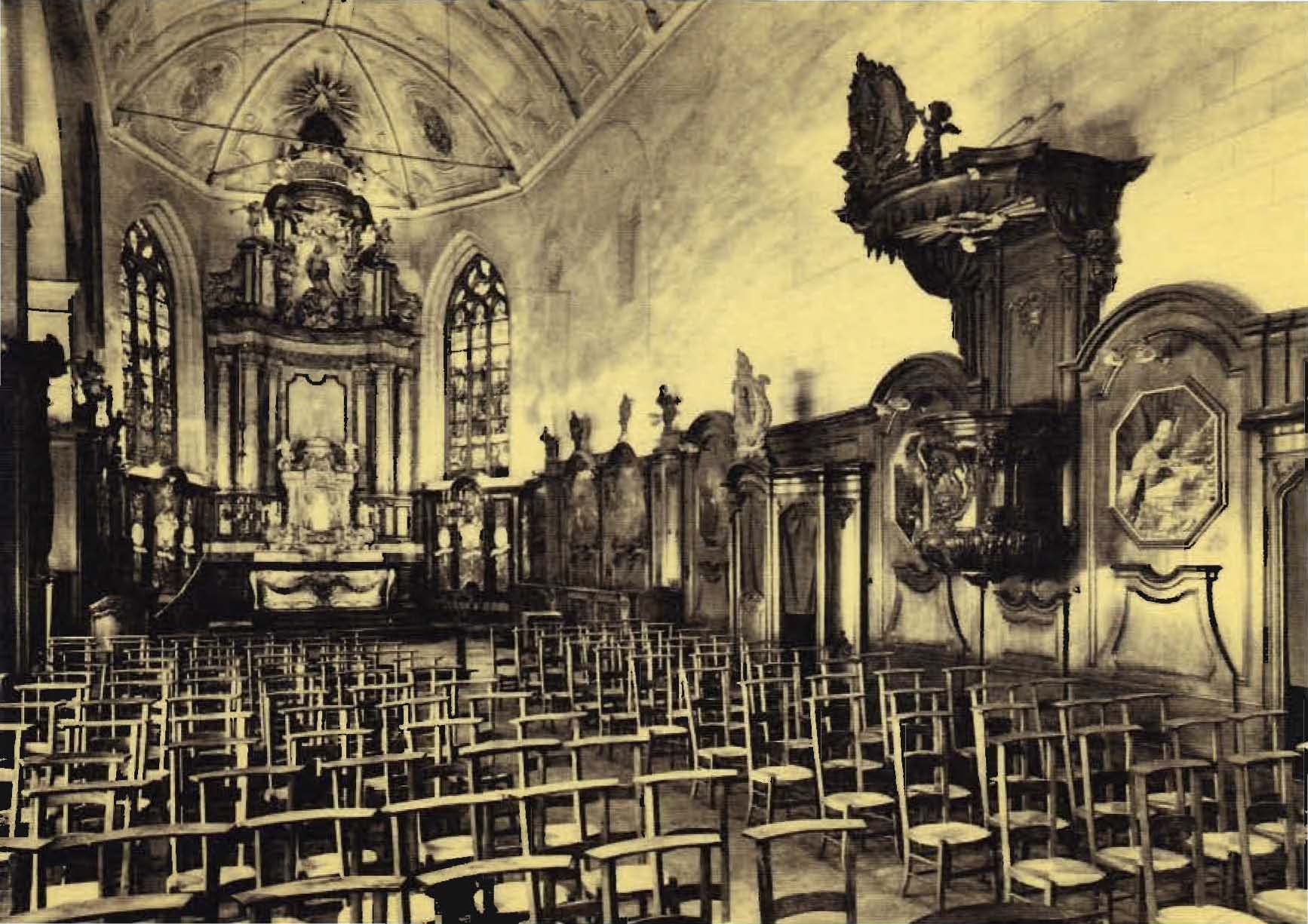 5. Chapel of the Jesuits in Enghien 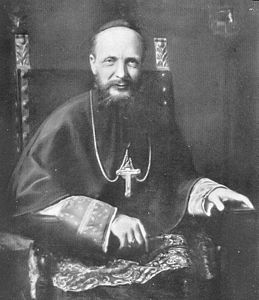 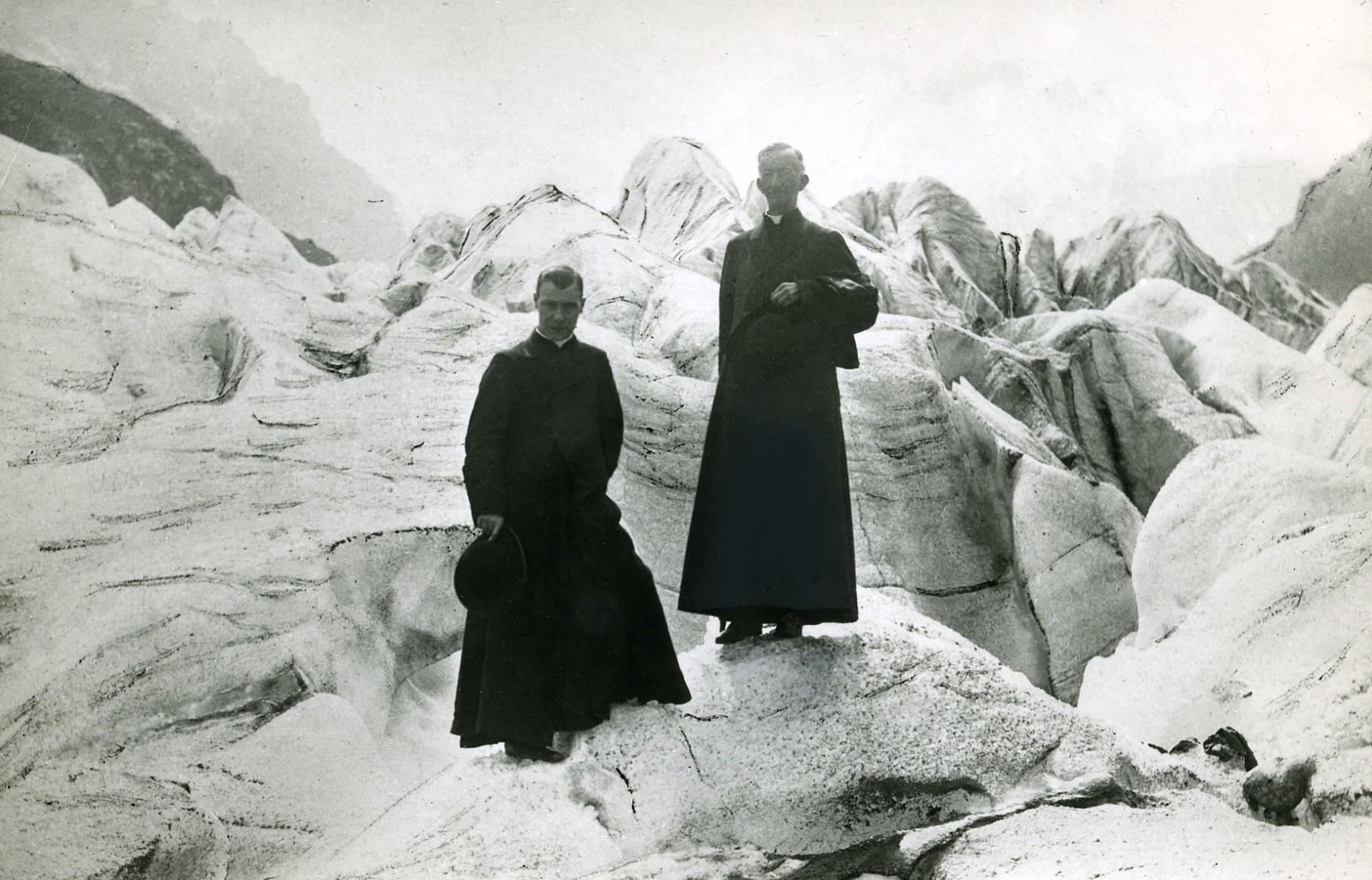 7. L. Dehon and A. Guillaume in Mont Blanc

A story that repeats itself

All this happened 105 years ago. As I read these words, I am reminded of Father Karol Rudzok, a novice who fled from Poland to Italy on foot with his companions, wrote in his memoirs when he left the Felsztyn novitiate in 1939. Felsztyn’s house was already almost empty! The time had come for me too because I belonged to the latter group. Packing my bags, I went to greet the Father Master and found him praying his breviary. Tears welled up in his eyes when I informed him that the last group was ready to leave…

We must consider that the monastery never protects the religious during the war. Our thoughts go out to our confreres in Ukraine, who are afraid and yet are among the people on the front lines. The story of the Founding Father’s war adventure reminds us of the truth that we are all just pilgrims on our way to the Father. And we may have to seek refuge with our brothers…

Father Dehon arrived in Enghien on one day trip, a Belgian town about 30 km southwest of Brussels. There the Jesuits welcomed him as a guest. His stay in Enghien was extended because the German occupation authorities did not want to issue him a passport to allow him to stay at the Brussels Generalate Ixelles. He also had the opportunity to meet the tremendous Russian missionary Fr. Michel d’Herbigny. It seems that he was the one who took care of Fr. Dehon because he was injured getting out of the van. The war brought our founder to meet his old age.

The psychological effects of the war in Dehon

The Founding Father lived the war intensely and spoke of it only in diabolical terms. In this way, he also described the triumph of the Sacred Heart, which was often spoken of, and in a very apocalyptic way. This greatly disappointed his partner, primarily since he had heard of him as a controversial but energetic person. The priest, who was slowly approaching 75, began to say in his letters from that period that he was old, unable to travel, had to stay where he was, and was anxiously awaiting death. He was eager to hear from the sick about Father Adrian Guillaume, whom he had chosen as his successor after Father Prévot’s death. Furthermore, a week after finally arriving in Brussels, Fr. Guillaume died in Louvain on 28 July.

Starting over and rebuilding

We can see Fr. Dehon in the moments that seem to have been the most difficult of his life. Nevertheless, we must admire his determination to regain strength and start new projects, such as the Roman basilica dedicated to the Sacred Heart Christ the King, ex-voto for the restoration of peace. Dehon still found the strength to travel to Rome with his friend Pope Benedict XV. Furthermore, he was determined to rebuild his work after the war, both in Saint-Quentin and in other parts of the world. His zeal is beautifully expressed in a circular letter sent at the end of July 1919, at the beginning of the General Chapter that undertook the reconstruction and elected Fr. Joseph Laurent Philippe, Dehon’s first successor, as the first counselor:

We have done well. Our ministries are bringing thousands of souls to the Church. In Europe, we work for the salvation of souls through holy ministry, preaching, and retreats. That’s fine, but it’s not our entire mission. We must unite the zeal of Saint Ignatius with the piety of Saint Gertrude. Reread the fundamental chapter of our constitutions. Our particular purpose is a tender devotion to the Sacred Heart, a cult of love and reparation. What we have done for this so far is not enough. We will have to make big resolutions. We must become as many as Our Lord wants us to be.

We begin by thanking God for all the blessings we have received from him over the past forty-two years. Gratitude attracts new graces. Let us offer ourselves again to the Sacred Heart to live and die in His love, in the interior life, in the life of reparation and immolation. Let’s pray for him! Let us pray a lot to him… But above all, let us humble ourselves. We sincerely ask forgiveness for all our faults, for everything that may have delayed and diminished the graces that Our Lord has destined for us. He wanted to give to the Church for our ministry and in exchange for our sacrifices 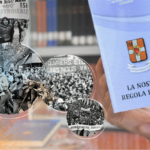