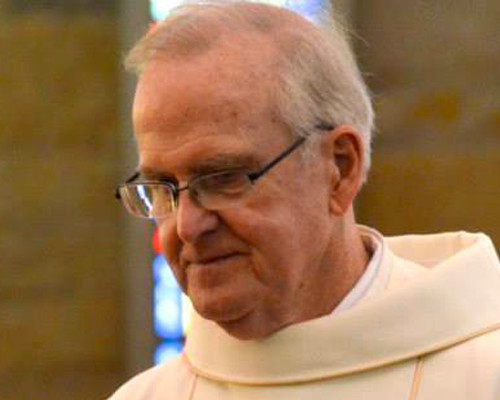 He was currently living in Hales Corners (United States of America). He belonged to the Province USA.

“A Jersey boy living in Milwaukee. Lived in Italy for 6 years. Like wine, the Brewers, digital photography. I have a heart for the poor and social justice.”
-Fr. Johnny Klingler’s self-description on Twitter

Growing up, Fr. Johnny gave no thought to being a priest.  He earned a degree in communications with the idea of working in television production.  When he was drafted during the Korean War, a relative suggested that he should volunteer to be a chaplain’s assistant because it was “easy duty.”  This experience, together with working with Korean children orphaned by the war, led to his life-long passion for working on behalf of the poor.  When he read information about the Priests of the Sacred Heart (Dehonians), he knew it was where he was called to be.

Fr. Johnny’s first assignment was as a teacher and formation director at the province’s Kilroe Seminary in Honesdale, PA, before a brief stint in parish ministry in St. Louis. In 1974 he became province director of Justice and Peace.

In 1977, Fr. Johnny was named provincial superior of the US Province. He finished his second term in 1983, moved to the Rio Grande Valley, but then found himself in administration again a year later when he was elected to the General Council in Rome. He was a general councilor from 1985-91. Fr. Johnny came back to the States in 1992 and spent six years with the Cheyenne River Pastoral Team based in Eagle Butte, SD. He then ministered for a year in South Africa before again joining provincial administration, first as director of apostolic activities, and later, as director of ministers and ministries.

Throughout his years of religious life, Fr. Johnny was passionate about social justice issues.  When asked of his proudest accomplishment he talked about “building 30 homes in five days with the help of Habitat for Humanity.”  Fr. Johnny was a significant part of the effort that got the national Habitat team, including President Jimmy Carter, to come to South Dakota for a home-building week.

Province award named after him

It was because of his many years working for social justice that in 2017, an award was created in his name to honor him.

“The Johnny Klingler Justice and Peace Award was established to acknowledge an SCJ or someone nominated by members of the province who, like Fr. Johnny, has worked tirelessly for social transformation,” said a representative of the province Justice, Peace and Reconciliation Commission, when Fr. Johnny became the award’s first recipient.

“When I was in Rome on the General Council I met many Ethiopians,” wrote Fr. Johnny in a reflection for the North American Migration Commission.  “They came into Rome illegally, hoping to immigrate to the United States, Canada or Australia where members of their family lived.  So many of them were living and sleeping outside of the train station.  A call came from the Vatican to all religious communities asking them to give them room and board.

“We had seven to ten of the refugee men living with us in the Generalate.  I was able to visit them often. I had parties for them and picnics in a nearby park.  I took a few to visit my Roman friends.  They told me about their lives and families and their culture.  We got to know each other fairly well. Most of them were able to immigrate. I visited one of them in New York and San Francisco.  He visited my family in New Jersey.”

Connecting with and helping others

Connecting with others, helping when he could – these were constancies in Fr. Johnny’s life, no matter where he lived or ministered. In retirement, he quickly became involved with the Benedict Center in Milwaukee, serving on its board and working in several outreach programs. The Benedict Center is an interfaith, non-profit criminal justice agency that works with victims, offenders, and the general community to bring about justice and rehabilitation.

Although he did his share of administrative work with the center, his greatest joy came in one-on-one interactions with the center’s clients. He frequently worked with women who took part in the center’s education program, tutoring those preparing for GED or HSED exams (high school equivalency). He regularly taught social studies and English through the program, helping some of the women gain literacy skills for the first time in their lives.

In retirement, Fr. Johnny also joined the informal group of “visiting uncles” who spent time in the Dehonians’ Philippines Region. “They said that they were looking for ‘older’ SCJs to come and be a presence to the young people,” said Fr. Johnny. “They wanted the SCJ students to learn about the congregation through the stories of our experiences.

“Right away, I thought ‘I’m perfect for this!’” As provincial superior, mission secretary and general councilor “I was able to travel to and experience much of the congregation.”

Visiting SCJ uncles also helped students with their English studies, since for most Dehonian students in the Philippines, English is not a first language. In the seminary Fr. Johnny taught English composition, public speaking and other communication arts classes. Just as with the Benedict Center, teaching was something with which he was familiar and enjoyed.

Fr. Johnny’s description of himself from his Twitter account: “A Jersey boy living in Milwaukee. Lived in Italy for 6 years. Like wine, the Brewers, digital photography. I have a heart for the poor and social justice.”

A life summed up well in the character limit of Twitter.

A week ago, we received the sad news of the death of Fr. Johnny Klingler in the United States after a lengthy illness. We want to remember and give thanks for his service to the Congregation in various pastoral and administrative offices and ministries, in particular as Provincial Superior of USA (1977-1983) and as a member of the General Council (1985-1991) in Fr. Antonio Panteghini’s Administration.

When he arrived in Rome, he introduced himself to the students at the Collegio by saying “Hi, I’m Johnny Klingler from the US Province and I’m here to work with a passion for Justice and Peace.” In the spirit of Fr. Dehon, he spent much of his ministry promoting social causes, offering hospitality to migrants, building homes for poor families, supporting farm worker’s rights, and praying and organizing for peace. The USA Province named their annual Justice and Peace prize in his honor.

Fr. Johnny will be remembered for his gracious hospitality. He took time with people and made them feel appreciated. He was both a good listener and an entertaining storyteller. He loved to host dinner parties, cook Italian specialties, and stay in conversation at table late into the night.

At the end of Fr. Johnny’s pilgrimage among us, we give thanks for what our Congregation, his family, and the many people he met received from him. He showed fidelity in a life consecrated to God with an open and attentive gaze to the needs of the Church, the Congregation, and the world.

According to what is established in DG 69.4, I invite each priest to celebrate a Holy Mass in his memory and all members of the Congregation to participate in prayer to give thanks for Fr. Johnny’s gift of life and service.

On behalf of the whole Congregation, and the members of the General Administration, I offer my heartfelt condolences to his family and to the USA Province, with whom we share pain, gratitude and hope.

As we hold in our hearts the memory of Fr. Johnny’s life consecrated to God for the service of our brothers and sisters, we thank the Lord for what he has given us and for the example he left us. We entrust him to the arms of the Good Shepherd. In the goodness and mercy of His heart we ask the Lord to welcome Fr. Johnny to Himself to share the fullness of life. 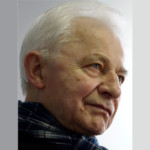 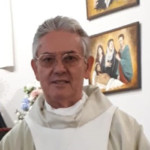