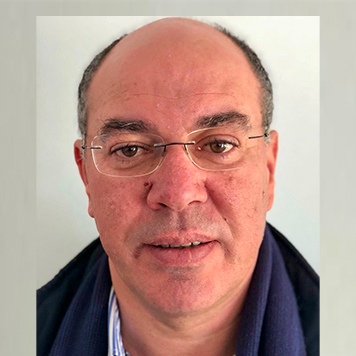 Nélio Tomás died on November 6 early morning at the Curry Cabral Hospital in Lisbon, due to chronic illness.

The news of his death was filled with sadness and a great feeling of helplessness. Nelio Tomás, who had been going through a severe illness for a long time, with an unusual cheerfulness, saw in the last week an accelerated worsening of his health condition.
In prayer and the communion of the feelings, we are united with our Father Tomas who is now resting from his struggles in the arms of the Heart of Jesus, to whom he dedicated his whole life, who now knows the taste of the joy that no one can take away from us, who now knows what it is to see God face to face.Nélio João de Freitas Rodrigues Tomás, son of Eduardo Rodrigues Tomás and Maria Bela Freitas Silva, was born on August 18, 1972, in the parish of São Pedro, Funchal. He was baptized on October 1, 1972, in the parish of Porto da Cruz, and confirmed in the same parish on July 25, 1987.
He attended the Sagrado Coração Missionary College in Funchal from 1986 to 1989 and the Sagrado Coração Missionary Institute in Coimbra from 1989 to 1992, finishing his secondary education there.
After his novitiate in the House of the Sacred Heart of Jesus in Aveiro, he made his first profession on September 29, 1993, and later his perpetual profession on September 26, 1999, in the Seminary of Our Lady of Fatima in Alfragide, Diocese of Lisbon.
He began his philosophical-theological studies at the Catholic University of Portugal in 1993, interrupting them for two years to do his internship in Religious Life, as an Assistant, at the Colégio Infante D. Henrique, in Funchal, between 1995 and 1997.
He finished his Licentiate in Theology in the year 2000. He was ordained Deacon on July 29 of that year and Priest on July 28 of 2001, in the Cathedral of Funchal, by the hands of Bishop Teodoro de Faria.
From 2001 to 2006 he was part of the community of the Padre Dehon Missionary Seminary, in Porto, where he was a Formator for the group of seminarians.
In the pastoral year of 2006-2007, he returned to Madeira and was named Pastor of the parishes of São João and São Paulo, in the pastoral zone of Ribeira Brava.
From 2007 to 2013, he was part of the community of Colégio Infante D. Henrique, where he had been an intern, having been appointed Secretary of the College.
Appointed parish priest of Alfragide in 2013, he served and loved there until the end of his days. 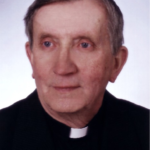 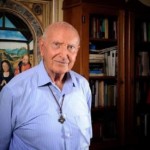