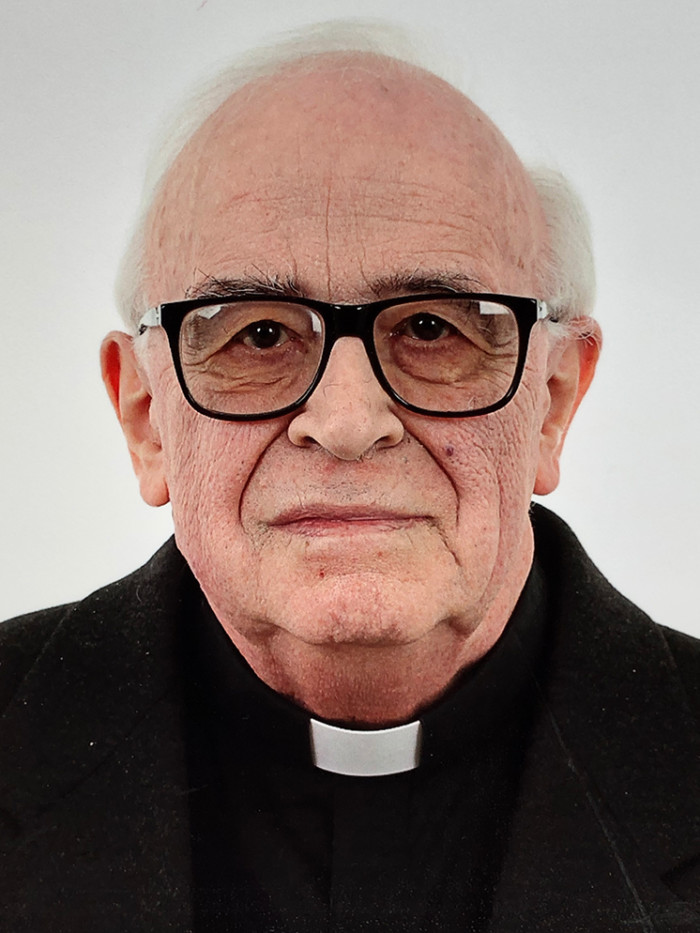 The COVID-19 pandemic also arrived here at the Provincial House about two weeks ago. The different tests were carried out to the six members of the Community revealed three positive cases. Sergio Filippi was one of the positive cases. He had some symptoms of the disease, but nothing serious in particular to justify hospitalization. Sergio’s most insistent request throughout these days was not to take him to hospital.

He had been living in isolation at his room, as the recommendations and rules of the health authorities dictate. Despite this difficult situation, we had regular conversations throughout the days. Last night was one of the times when Fr. Sergio was chattier and in a good mood, repeating once again how comfortable he felt to be in the Community, in his space. This morning he did not answer the insistent calls and when we went to bring him for breakfast, he was found dead. He had passed away during the night. The doctors of the Medical Emergency say that they came to confirm the death and judging by the way he was lying down, he had a quiet death,. The Lord of Life certainly welcomed him in his embrace of endless mercy. May he rest in peace!

Fr. Sergio lived practically all his religious and priestly life in our Portuguese Province, as the biographical data that we leave below attests. His last years were spent here at the Provincial House, where he was a much-appreciated presence. We especially appreciated his lucidity, his incredible memory, his will to remain active and his autonomy, at the beautiful age of 86 that he had completed on the 23rd, the day on which, despite all the restrictions, we sang his congratulations behind closed doors. We only have reason to give many thanks to God for all that Fr. Sergio leaves us of well accomplished, of incessant search of knowledge, of an example of consecration and priestly life.

Born in Trent, Sergio Filippi was a Dehonian since 1952 and a priest since June 25, 1961. Once He shared that in his childhood, he was cured on the verge of death, such a miracle was due to Father Dehon (1843-1925), the founder of the Dehonians, whom he had invoked the intercession. Sergio’s whole life, in his travels and memories, would reveal a search for this Dehon who had changed his life.

He was sent to Portugal at the end of 1963 where the first Dehonians, also Italians from the North, had arrived at the turn of 1946 to 1947.

The idea was to graduate in Philosophy to teach both in the seminaries of the Congregation and at the Higher Institute of Theological Studies (ISET) in Coimbra. This journey, however, was brief. He finished his theology degree at the Pontifical University of Salamanca in 1967 and taught only until 1971. Ten years later, Lello was to publish a part of his thesis on Philosophy, about the longing as a characteristic in the definition of Portuguese identity.

Since the beginning of the 1970s, he has focused on community services. His rigour and method, which he had revealed at the academy, were directed towards the elaboration of the Provincial Directory, of which he was a member; towards the economic administration services of the Communities he passed through, from Oporto, Aveiro and Lisbon, especially in the Italian Church of Our Lady of Loreto from 1980 to 1989, and towards the secretarial service in correspondence with our benefactors, which he accumulated with the service of treasurer, during the long time he lived in the Novitiate house in Aveiro (Esgueira), from 1989 to 2011.

That year he had revealed his second deep depression, from which he was freed either by therapeutic intervention or by returning to research on his initiative. Belonging to the community of the Provincial House, he gradually began to learn about the archives of the Church of Loreto. In 2014 he launches work on the history of the Italian Church, the Church of Loreto, and in 2017 a biography of one of the rectors of that Church: Monsignor Prospero Peragallo (1823-1916). These ten years of presence in Lisbon were invested in the organization of the archive of the Church of Loreto, which received public praise from several historians, as well as in research related to the presence of Italians in Lisbon, during the period of more than 500 years of history of the Church of Loreto. It has been concluding, in the last ten years, his memories, which will soon be published.

He wove all his days with irreproachable fidelity to prayer and community life. COVID-19 stole Fr. Sergio from us on the morning of January 28, 2021, five days after his 86th birthday. He left us nostalgic for his discreet, modest and always well-disposed presence. Our hearts find peace in this hour by imagining the joy in Fr. Sergio’s face for today’s great meeting he prepared each day.

We praise the Lord for this life so Dehonian that we now give it into his hands.

Thank you, Father Sergio! Until always. 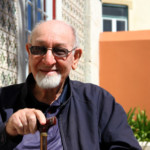 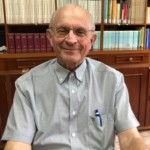