Do you not talk about money on a birthday? And why not – especially as another example to realize that Léon Dehon has truly and literally invested everything in his works and especially in the Congregation he founded. When, in 1883, the Oblates of the Sacred Heart were dissolved by the Vatican – an episode in the Dehonian tradition remembered as “Consummatum est” – the bishop of the diocese of Soissons, Mgr Thibaudier, addresses the Holy Office and speaks of “success, existence of a college, founded by Dehon in 1877, assuming the risks and financial dangers, a college that today counts almost 300 students. The bishop, for lack of financial resources, is limited to offering what is possible… The diocese has never had such an institute of Christian education for young people destined for lay life. Dehon has a patrimony of about 300,000 francs, largely invested in this work “(Mgr Thibaudier al Sant’Ufficio, 1884). In other words: without the financial resources of Dehon, St. John’s College cannot exist. Shortly after, and at first sight by surprise, the Vatican allows the ‘resurrection’ of the Congregation with a new name and as a diocesan institute… 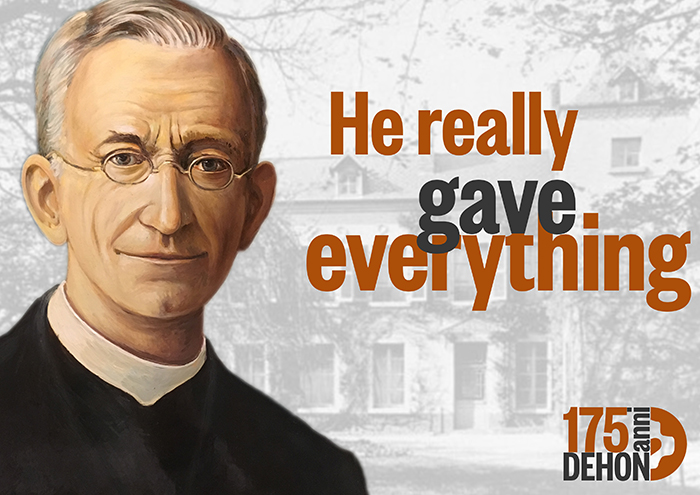 The patronage of San Giuseppe, dedicated to young workers, St. John’s College, the “SSacred Heart” house in Saint-Quentin, etc. – even economically speaking, the Congregation started from scratch. Land, buildings, furniture had to be bought or rented. Only with the passing of the years a network of benefactors, the patrimony of other confreres and other sources contributed to the financing of the Congregation. In the first decades, however, it is above all Leon Dehon himself – and his family – who lays the foundations of the Congregation financially. This happens not without creating conflicts with the same family members: “I had to sell my property of the Haie Maubecque to my brother to make money.” M. Lecot returns to his commitment and obliges me to pay him for the garden of the Sacred Heart house. I gave him a piece of land that my father valued at 72,000 FR – for this my brother made me harsh reproaches – I receive a very stern letter from my brother concerning the property of Wignehies that I sold, I offer this humiliation for the reign of the Sacred Heart ” (NQT 3/380).

Giuseppe Manzoni, the great biographer of Léon Dehon, calculates that the founder of the Priests of the Sacred Heart of Jesus invested approximately 800,000 francs in the works of the Congregation. According to the French Institute of Statistics and Economic Studies (INSEE), in the present day this would correspond to approximately 3 million euros. This says a lot about the financial background of the Dehon family, also underlining the economic importance of Fr. Dehon for the Congregation. In the same way it is a further testimony of how Dehon really gave everything – and everything to the Congregation – to his dream of the work of the Sacred Heart.

Towards the end of his life Dehon recounts: “My family comes to visit me… I explain to them that my works have absorbed all my possessions and that they cannot wait for any important legacy on my part.” My niece answers me with nobility that my works are worth more than an inheritance for the honor of the family and deserve the divine blessings. “(NQT 44/155, 1923)