Merry Christmas! Or it would be better to say: “Joyeux Noël!” This is our wish, but… in our desire to do so by taking up the written footprints of our founder we must say that this expression does not appear. December 25 of that year of 1871 was still very close to May 10, when the French government, against the will of the people, surrendered to the Prussian troops. 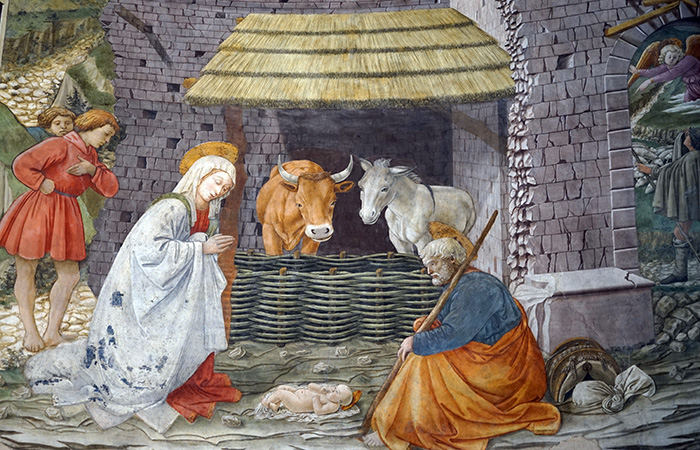 The young priest had a difficult task: to preach on this day, so special in Christian Europe, to a people depressed, frightened and upset; who had suffered the war at the doors of their homes, who suffered all the profound changes that were taking place in society, in the industrial fabric, in the economy, in the social classes… and Dehon did not avoid looking into this darkness.

In the midst of this he proclaims the coming among us of “la lumière qui éclaire et la paix qui consul”. Light that illuminates, peace that consoles… “au milieu de la nuit et de la nuit the plus froide qu’il vient, pour signifier the état du monde gisant dans les ténèbres and the froid de la mort”. There is no “sweetness” or vain artificiality in the long speech offered. There is confrontation with the darkness that threatens his people, all his people, that he must fight. He denounces the obscurities he perceives: the excess of personal esteem, the excess of the pleasures of the senses, the excess of attachment to the goods of the earth. Nothing new, but unfortunately nothing old, that is nothing that today does not continue to make our lives subtly fail.

This is why we find ourselves with the most essential Dehon, although still germinal, which denounces these shadows of death: the stock exchange, the exploitation of the worker, the scandals and slanders of the press, but also the operatives who want to violently take property that does not belong to them. Here is the most threatening shadow: “La société est en guerre déclarée contre elle-même et le résultat, sans le christianisme, evening la ruine de tous”. Mamma Mia! What day did he choose to unleash himself like that! Certainly there is space for other excesses, such as the love for us that touches our hearts in this Child who has been given to us. A demanding sermon, an eye towards the reality that some want to hide behind –– empty lights and noises. But this Child cries, is cold, and so calls to renew this world.

Only in the commitment to follow the Word made flesh does it make sense to repeat our Merry Christmas to all!