Interview with Zolile Peter Mpambani scj, Archbishop of Bloemfontein in South Africa, who received the Pallium on December 11th.

The ceremony consists of the imposition of the Pallium, which was supposed to have been done on the day of my installation to the diocese; however due to COVID-19 which caused limited numbers it was postponed, and the 11th December is finally the date. This is a ceremony that is supposed to be attended, basically, by the faithful of the Archdiocese, but again due to the pandemic, we have invited people, even outside of the Archdiocese. The pallium is imposed at the beginning of the Holy Mass, and mass continues as usual.

What is the significance of the Pallium?

Maybe before we can say what the significance of the Pallium is, it might be important to say what a Pallium is… According to the Roman Catholic Church, it is a vestment consisting of a band encircling the shoulders with two lappets hanging in front and back, with black crosses. It is worn by the Pope and the Metropolitan Archbishops with different symbolisms: Worn by the Pope, it symbolizes the “plenitude of pontifical office” Worn by the Archbishops, it typifies the participation in the supreme pastoral power of the Pope, who concedes it to them for their proper church provinces as a symbol of the jurisdiction delegated to them by the Holy See. Significance: As early as the 6th century, the pallium was considered a liturgical vestment to be used only in the church, and indeed only during Mass, unless a special privilege determined otherwise. On the other hand, when used by metropolitans, the pallium originally signified simply union with the Apostolic See, and was an ornament symbolizing the virtue and rank of its wearer (Wikipedia)

After only three months as Provincial Superior of the Priests of the Sacred Heart in South Africa, you were appointed Bishop of the Diocese of Kokstad on 6 May 2013. Seven years later you were appointed Archbishop of Bloemfontein, the Archdiocese you have been leading for the past year and a half. How do you experience your episcopate as an SCJ religious?

Firstly, I think, like everyone, I did not expect that one day I could be a Bishop. I enjoyed more the work I did as a formator and later a parish priest before I was elected the Provincial of the SCJs and lasted only three months. I must say, and acknowledge the experience I got as a General Counsellor from 1998-2003. That, paired with my experience as a formator play a big role in my episcopacy, which is basically dealing with people every day of my ministry. It seeks quite a lot of understanding and humility while at the same time one may not be naïve. My background as a religious plays a great role in living my life as a Bishop, more especially when it comes to prayer discipline, community living and understanding of different people  am working and interacting with. All in all, I am happy to exercise my ministry as an SCJ Bishop.

Nelson Mandela’s country has been characterized in recent years by multiple crises, including violent demonstrations, widespread looting, the rise of xenophobic movements… How do the South African bishops react to these social crises? Is the voice of the Church heard in South Africa?

As they had been even during the time of apartheid the Bishops are very much vocal about every situation, especially that does not favor equality, violence and other forms of oppression and negligence. The Southern African Catholic Bishops Conference, from long time ago already, took a decision of talking as a collective instead of individual outstanding; for they believed that would have more impact on the government, which indeed does. There is no situation they let go without issuing a statement on. It is just that people would like to see and hear them talking on TV, especially the Catholics. Yes, from time to time they do appear and talk on TV, but such platforms here are basically State run and it is not very ease to approach them. It is most unfortunate that appeals are made to Churches but very little is done, if at all, of what they recommend. I would admit that maybe the church would need to be more pro-active rather than reactive, and bear the consequences thereof, whatever they may be…

Something pertaining your pastoral ministry in Bloemfontein, that you want to share?

It is an advantage that the whole diocese uses only two languages, Sesotho and English. We do not have to go all the way translating or even changing languages during the celebration of the Holy Eucharist. The Archdiocese was well trained in terms of self-sustenance, which is quite a big thing, even though it still needs to be polished here and there. The one challenge now as far as that is concerned is the COVID-19, which rendered many people jobless and left them with many financial challenges. This also makes the church suffer as a consequence. Pastorally the number of people is reduced drastically due to fear of the pandemic, but there are those faithful one who come regularly. There is quite a lot of co-operation in the Archdiocese and there is great potential pastorally and that makes me feel happy to be the Bishop in this archdiocese. So, the imposition of the Pallium, which is also a kind of welcome in the archdiocese, saw everybody putting their hands together to make the ceremony and the celebration a success, thanks to all. Lastly, I thank you for the opportunity to allow me to share my views. Blessings upon you. 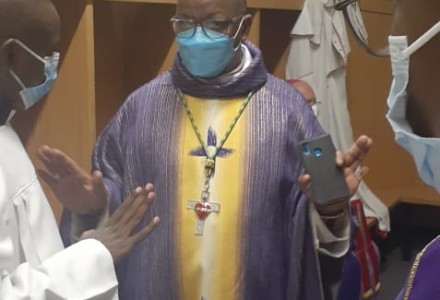 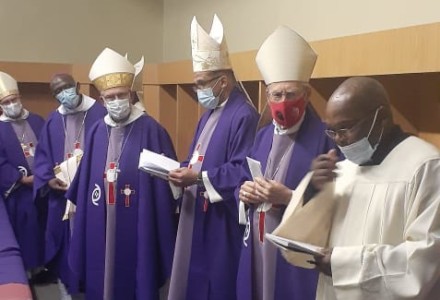 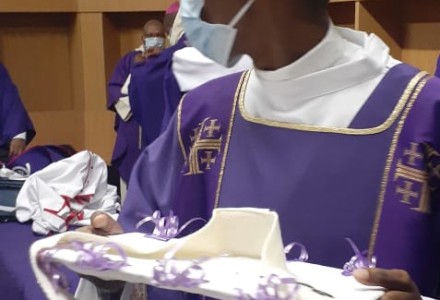 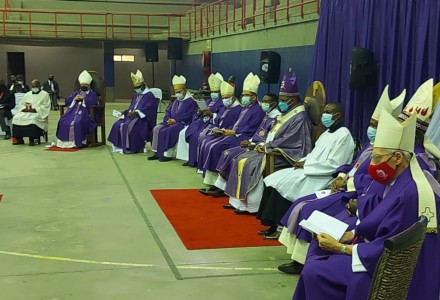 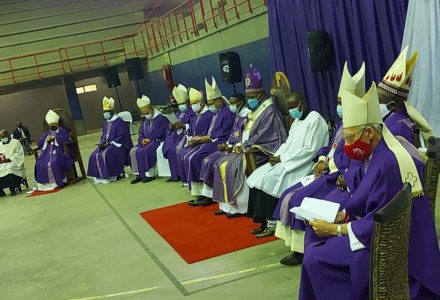 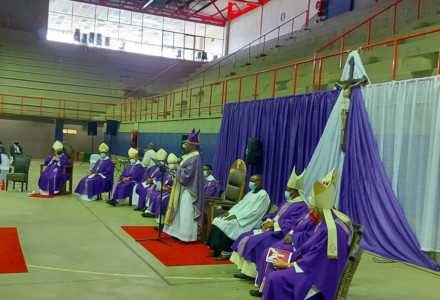 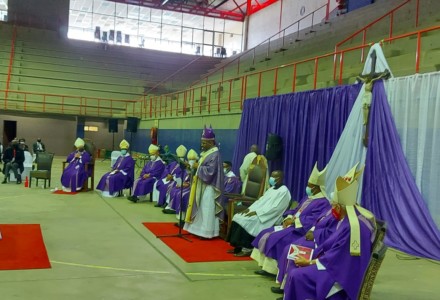 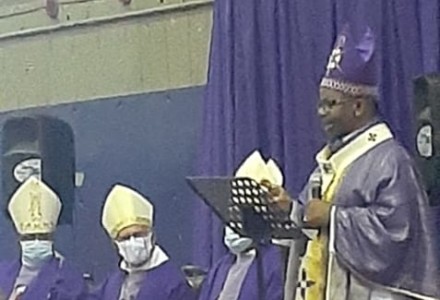 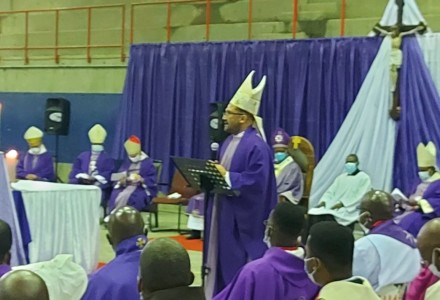 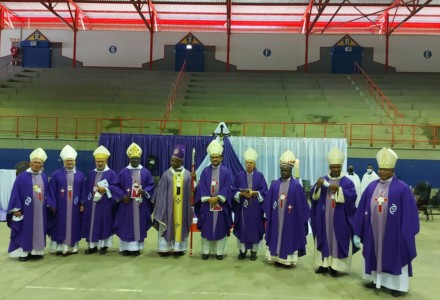 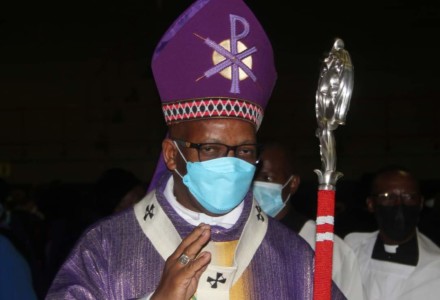 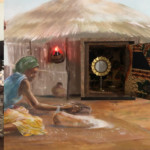 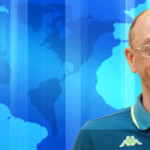