From 24 October to 23 November, the Superior General, accompanied by his Councillor for Africa, visited the Mozambican Province. The provincial superior, Fr. Alessandro Capoferri, tells us about this visit.

Reverend Father, The General Superior and his Councilor for Africa made an official visit to your Province from 24 of October to 23 of November 2021. In what context did the Province of Mozambique welcome the Superior and the General Councilor?

Let me start by saying that the visit has been a real surprise! In fact, this visit from the General Superior was not in our (and his!) schedule! It has been a “last minute” decision, since they should have been going to Madagascar. Due to COVID problems, they asked to switch to Mozambique. And here we are! We only had a week for preparing the visit. So, the General and his Councilor had the chance to visit all the communities in our entity, and even to talk to everybody in the province. They visited the confreres in their own community, while they were involved in their daily activity. I think that this way they had the possibility of seeing the real life of our province, the work of the confreres, the challenges we are facing, the successes we are having. And it happened while we are preparing the celebration of the 75 years of Dehonian presence in Mozambique: the first confreres (4 priests from Italy) did arrive in Mozambique in March 1947.

What are the current challenges of the Mozambique Province?

I do believe that our challenges are mostly due to the tension between having great ideas and being short in personnel. We would like to do more in Mozambique and also outside, participating in some congregational projects, being them in Africa or around the world. We are in any case growing in a slow, but consistent, pace. We do have young people joining in for formation. We do have good perspectives.

Another challenge is related to the self sustainability of our own life and activities. Our Entity need to do a little bit more in order to get a better management of the goods (houses and land) and funds that are in possession of the Province.

We are also facing a time of “transition”. Confreres missionaries from other provinces are now few. The majority of the confreres are from Mozambique. In a very few years the province will be reflecting the variety of the different cultures present in Mozambique. We may define this time as “competencies transfer”.

If I may add another challenge is our presence in the local church: we need to deepen what we offer to the church and society in Mozambique. For that reason we are supporting the participation of laity in our spirituality and we try to characterize our presence, insisting on the social and educational fields.

In your opinion, can the visit of the Superior General bring about a new dynamism? If so, at what level?

We still need to “digest” the visit, in the sense that it is still fresh in our memories. However: I’m pretty sure that all the confreres enjoyed the fraternal spirit that was visible in the way the General and his Councilor approached the communities and each of the confreres. This has been already a good message: the sent unum made visible. And more: we have been exposed to the life of the congregation. This kind of visitation has given to all of us the rela sense of belonging to a wider family, a beautiful family, the congregation. We were reminded that the congregation doesn’t have its end in Mozambique.

The visitation of our General Superior has helped also adding new lights on certain situation the we have in the Province. I would say that it had added elements for our own discernment. Now it is up to us to give value to what he left behind us (suggestions, ideas…) and to respond to some requests (difficult I may say!)

So, I believe that this visitation has brought to us some new perspectives and dynamism. We will pay close attention to what has been said to us, especially on how to be more participative at the congregational level, since we were reminded by the General himself that we are a unique province. In fact, all of the confreres in our Province (100%) have been in an international community or experience. In a special way, all the Mozambican confreres have been outside the country, be it for formation or studies.

Something has already been published in the website of the congregation (https://www.dehoniani.org/en/dehonians-in-mozambique-serving-the-people/). I would say that it was a good synthetic description of our social commitment. It seems to us that wherever we are present, there is no lack of attention to social reality, to situations of material, intellectual and spiritual poverty. In the wake of Fr. Dehon, the Dehonians in Mozambique do everything possible to remain part of the society that is in great development and is constantly changing. We would like to achieve what is proposed in the Programmatic Letter of the three-year period 2021-2023:

For that reason we have a center in Gurue, dedicated to schooling and workers, a center in Molocue especially for the youth and for schooling, a presence in parishes with social attention, an openness to helping the poor in Quelimane, even building small housing for them. It is also something important the ministry we are delivering to the Prisons in Quelimane and Nicoadala. I’d like also to add that in Nampula a scj is dedicating part of his ministry to the refugees coming from the northern province of Cabo Delgado (700.000 people fled from their homes), ruined by a violent guerrilla.

About the Mozambique province:

The SCJ are present in Mozambique since March 1947. They have been evangelizing the upper part of the Zambezia province. The Diocese of Gurue has been born from that presence and work. It is now one of the most “christianized” part of Mozambique. The Scj never left the country, even during the event of Independence, although they have lost the buildings of the missions, the mean of transport, and many other goods, due to a political choice, the nationalization. A civil war started few years after that, and the scj decided to remain close to the people of Mozambique. In the 1992 the two fighting parties signed the peace agreement and new life started. In the meantime few parishes/missions were taken by the diocesan clergy. We are now in charge of 6 parishes, we have 3 formation communities, 2 schools, two centers for youth and workers, beside the Provincial house in Quelimane and another house for different services in Maputo.

The Mozambique province has 9 communities and a total of 46 members (3 Bishops, 29 priests, 3 deacons, 11 scholastics in theology). 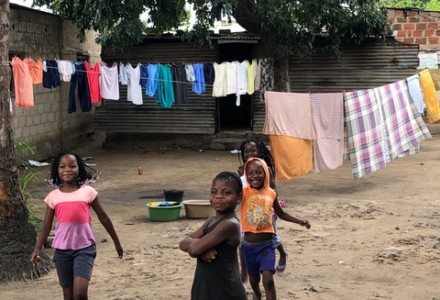 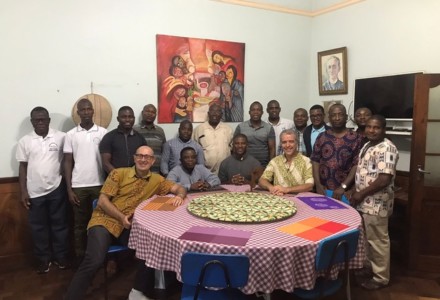 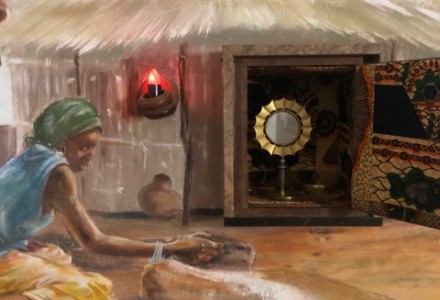 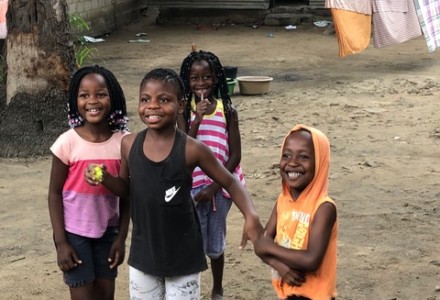 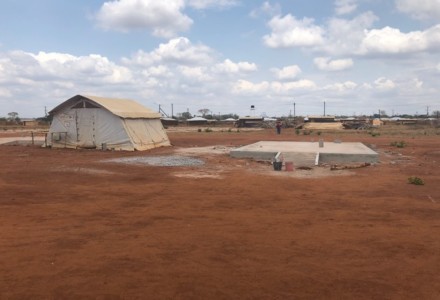 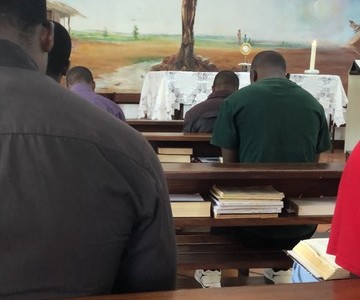 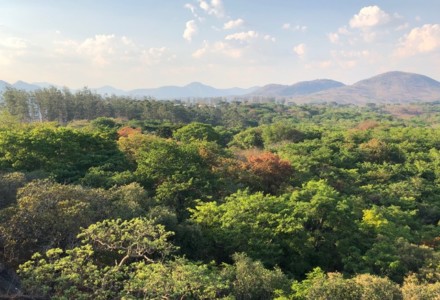 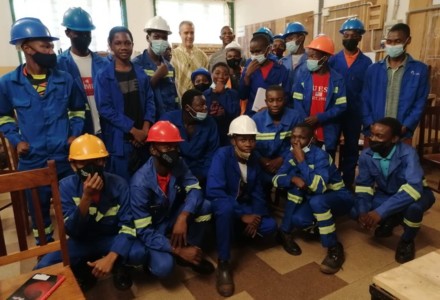 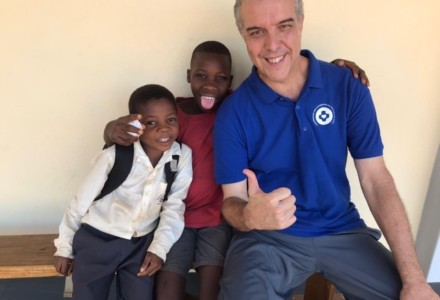 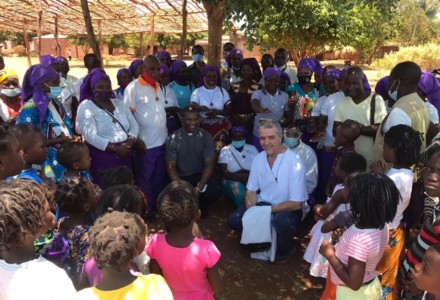 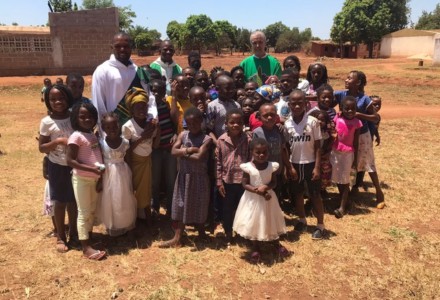 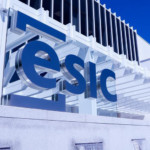 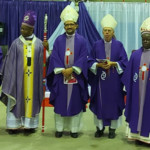 Superior General’s visit to Dehonians of RSA province, an occasion of unity and gratitude

From Oct. 30 to Nov. 15, the Superior General's visit to Dehonians in the Republic of South Africa took place.

The Superior General’s Visit to the Southern Brazilian Province

Brief chronicle of the Superior General's visit to Brazil. A trip of almost two months.