Dehonians in Mozambique celebrate 75 years of their presence. This is an occasion to revisit the origin of the Dehonian presence, its development, the difficulties encountered, and the apostolic service to which the confreres are called today.

It was March 14, 1947 when the ship carrying four Dehonian priests from Portugal to Mozambique entered the territorial waters of the then Ultramarine Province of Mozambique. And on March 27 of the same year the four pioneers arrived at the mission of Alto Molocue, in the northern part of the province of Zambezia. 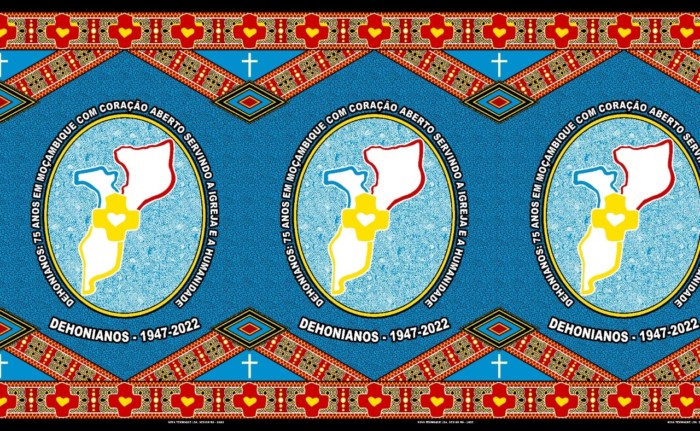 The beginnings of the mission

With them began the Dehonian presence in the South-East part of Africa, then a Portuguese colony. Before arriving in Mozambique, they spent long months of preparation in Portugal, especially for the study of the Portuguese language. And this was also how the Dehonian presence in Portugal was born, and precisely in 1947. One of the purposes was to prepare missionaries for Mozambique.

The Dehonian confreres, once they arrived in Mozambique, were entrusted with the northern part of Zambezia, which gradually was evangelized and filled with the presence of Dehonian communities. Slowly the “missions” marked by evangelization and human promotion were born. From Molocue to Nauela, then to Gurue and Lioma, to Ile and Mulevala, to Namarroi, to Molumbo, to Gilé and Muiane and Ligonha, to Pebane, Mwalama, Naburi and Mocubela and in the city of Quelimane and then of Maputo. This is how the history of the church in this part of the country, the north of Zambezia, was written: with a style of presence and pastoral work that led first to the formation of catechists who fully supported the service of priests, and then to the birth of the “ministerial church”, with the creation of the “small ministerial communities”, an intuition of the Mozambican church fomented precisely by the reflection and service of the Dehonians (naturally in communion with other realities of  congregations present in the north of the country). This ecclesial style was well embodied in the church of Zambezia, and still characterizes it today.

Resisting on the side of the people

After going through the somewhat heady experience of the country’s Independence (June 25, 1975), the Dehonians bravely faced other challenges, perhaps unexpected, certainly tragic. To these belong the nationalizations, with the expulsion of the Dehonians (as of other religious men and women) from the residences of the missions: a moment that gave the possibility of a prophetic witness, with the choice to remain among the people, building simple and poor homes in order to remain at the side of the communities. And immediately after, the terrible time of the civil war (1976-1992) arose, which saw as protagonist the guerrilla of RENAMO who opposed the one-party government of FRELIMO. Until 1992 (the year in which a peace agreement was signed), the suffering of the people was extreme and the violence reached unspeakable peaks. Millions of Mozambicans took refuge in neighboring countries, many died of violent death and hardship, many were forced to live in extreme situations of poverty, absence of all good and assistance, abandoned to themselves. And the Dehonians did everything to resist alongside the people. Some, precisely because of this choice, have been involved in kidnappings by RENAMO, others closed in areas occupied by guerrillas for long months, and even years. Many others were forced to abandon the missions. But the Dehonian presence in Mozambique has never stopped, and the most beautiful fruit has been the growth of communities even in times of war and dispersion, a clear sign of the validity of the prophetic choice in the process of creating the new style of church. The communities have become protagonists of stories of faith that carry within them the sign of the Spirit. I mention only the heroic walks in the midst of extreme dangers to be able to look for a priest outside Mozambique (in Malawi) to have the particles consecrated and thus be able to distribute the Eucharist; meetings and celebrations challenging and overcoming the fear of violence and kidnappings; the construction of chapels with precarious material to be able to gather even in the middle of the forest…

All this until in 1992, on October 4, the Peace Agreement was signed in Rome, that put an end to 17 years of civil war. A feast that opened the time of reconciliation and reconstruction. Peace broke out and new challenges became evident, first of all the reorganization of the presences in the missions from which they had been expelled during the war. As Dehonians, we felt the need to be able to be present in the Christian community, but also to characterize our presence, abandoning a certain “genericity”. Thus arose the commitment to recover the center of Gurue, dedicated to the technical-professional education of youth. And to take back the center of Milevane, destroyed during the war, to try to make it a center of pastoral care and animation.

And then the missions, the accompaniment of which required a great commitment after a few years of relative abandonment. In the meantime, however, the diocesan seminaries had begun to prepare the clergy for the dioceses. Thus, some missions (later called parishes) came under the responsibility of the diocesan clergy and a new congregation was added to the Dehonians in the Diocese of Gurue. So, the Dehonians are now present in 4 parishes in the Diocese of Gurue, but they have expanded the range by opening the pastoral presence in the Archdiocese of Nampula and again assuming a parish in the city of Maputo, the capital of the country. 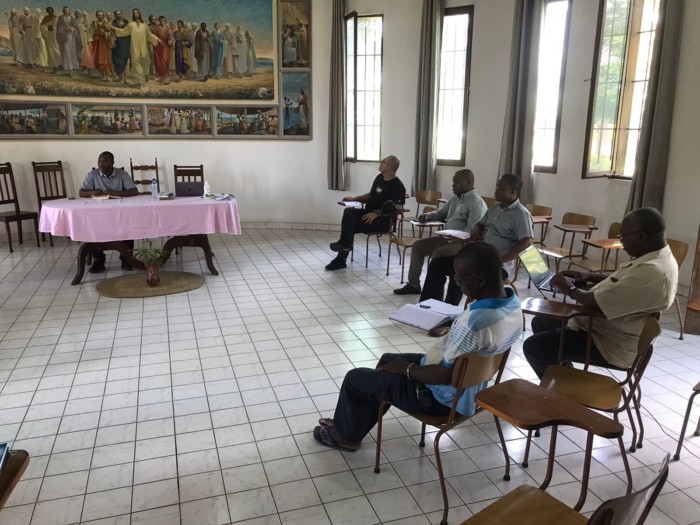 In 1998 a fundamental moment in the history of the Dehonians in Mozambique was celebrated: the transition from Region to Province. A step that meant the recognition of the journey made, of the visible growth, of a certain solidity of the presence in Mozambique. It is in this context that we point out how the houses of formation have also grown. Now there is a community for the preparatory year, the community for the study of philosophy, and the community of the novitiate. For theology, the choice was made to work in collaboration with other entities, for formation in international communities. The priority is the community of Pietermaritzburg, South Africa. Vocational prospects are good; one can think of constant growth, but without dreaming with great leaps forward. By now the path is traced, and the European presence is limited to a few confreres, while the majority of the Dehonian presence is Mozambican: of 44 members of the province, 34 are Mozambicans. And for this we thank the Heart of Christ who blesses the Province of Mozambique with vocations. 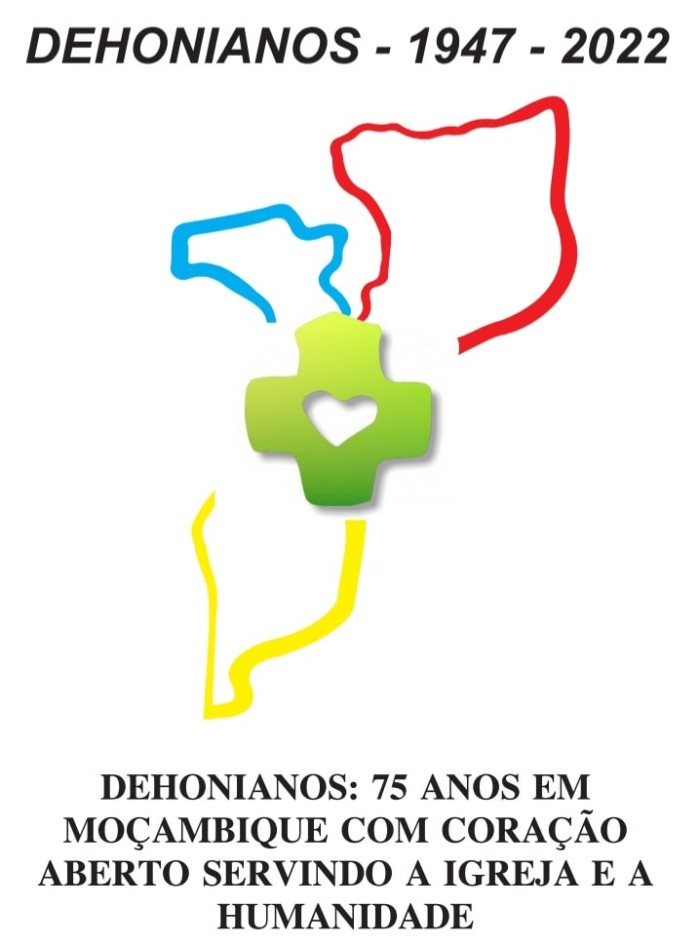 Why celebrate 75 years of presence in Mozambique

Celebrating 75 years of a congregational presence, there is room for joy but also for asking forgiveness for all poverty and infidelity. We put everything in the Heart of Christ, which the Dehonian missionaries have wanted to serve all these years.

Let us praise first of all the fidelity of God, who has always accompanied with his Spirit the pastoral service of the Dehonian confreres in Mozambique. We celebrate the passion for the Kingdom of the Heart of Christ manifested by all those who have been protagonists of this history: from Italy, from Portugal, from Mozambique. We remember all those who gave their lives for this missionary work (there are 44 confreres who served here and entered into the glory of the Lord; of these 20 are buried in Mozambican land).

We also want to express our thanks to the two provinces that have contributed most to the development of our presence, the province of Northern Italy and the province of Portugal. But our thanks extend to all the entities that during these 75 years have shown solidarity and support for our Dehonian journey in this land of Mozambique.

May the Lord bless everyone with the abundance of graces that flow from the saving wound of his Pierced Heart.

For all that we have experienced in the 75 years of our presence, we feel upon ourselves the merciful gaze of the Lord who still calls us today as beloved disciples.

To him we answer once again, and with passion: Adveniat Regnum Tuum! 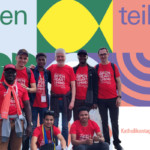 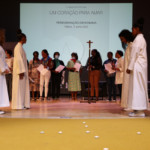