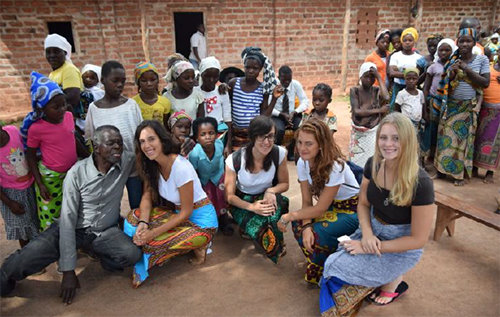 Daniela, Elena, Silva and Celina (three Italians and one German) are girls like many others, but this year they decided to spend their summer vacation a little differently. They told us about their experience and now we will share it with you.

The idea was born out of their desire to spend a bit of their time getting to know a country and culture other than the one in which they are accustomed to living.

For these four girls there were no famous museums, no loud beaches of young people and families, no discos of Ibiza or Rimini. This year they had a missionary experience, dedicating their time to others, to those who are less fortunate than themselves, to those who live in difficult and disadvantaged situations. And so they came together to share a new adventure, departing not just for any trip, but for “a journey of sharing.” They would share their time with other people, share their emotions with the emotions of people who live differently than they do, in a cultural and social context that is difficult to understand if they are not willing to experience it first-hand.

Mozambique was chosen as the place for this experience, with the help of Fr. Elisha Ciscato, a 50-year-old missionary of the area, and other Dehonian fathers who have come to know and live the realities of Dehonian missionary communities in Alto Molocue. 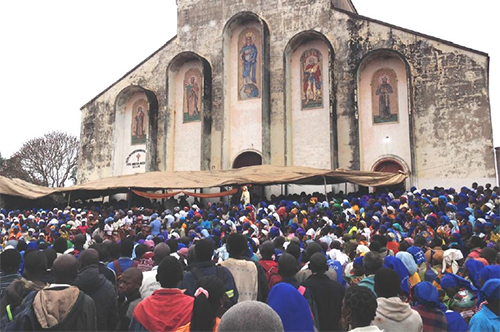 Despite the difficulties due to the different mentalities, sensitivities and languages, the four girls grew and matured together, reinforcing the bonds between them as they were touched by real life situations of daily life, sharing the emotions, joys and difficulties of the local people.

Their time was dedicated to children, hours of visits to rural communities and families, taking part in the daily life of the people, their joyful events, tackling difficulties, trying to give a little help. It was more than the usual experience for Daniela, Elena, Silva and Celina! It was a time to learn again, as if they were children, the meaning of the little gestures that often in our everyday lives have lost meaning, but are there, in these places where a sense of spontaneity can be rediscovered. Examples include the warmth of the people who hosted the girls, the joy on the face of a woman who was given a small gift to help her in the daily difficulties of raising her little grandchildren who lost their mother soon after childbirth, the vitality of the children who immediately welcomed the four visitors by engaging them in their games and activities. 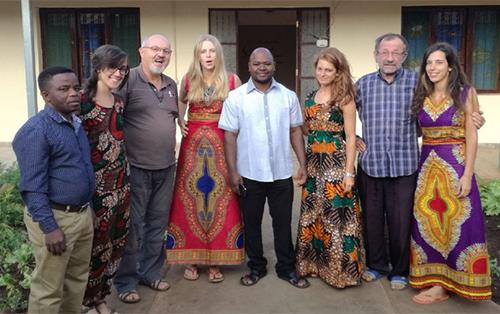 The days of Daniela, Elena, Silva and Celina were spent sharing in work with the Dehonians who hosted not only their work activities, but also moments of prayer and community life in all contexts.

The story of the experiences they had included visits to the various realities of Dehonian missions in Mozambique, youth centers, agrarian and technical schools, carpentry shops, and various formation programs for youth and the local people in general. All of this reflected a living reality that filled them with enthusiasm. 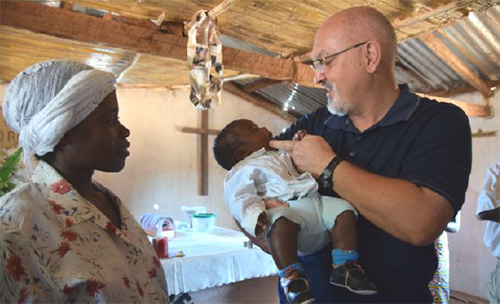 They also had the opportunity to attend local festivities: a wedding, some baptisms, a pilgrimage to a shrine dedicated to Our Lady of the World. And then there were the daily activities: being with women who take care of the laundry and dishes along the river; the market, which they visited together with children who took them to hidden spots; the challenge of travel due to machine failures. They compared their own lives, despite difficulties in communication, with people their own age. In short, it was a rich succession of new experiences and emotions. It was an intense month which left a deep mark on the four friends, a time they will never forget.

Click here to read the complete travel diary (IT) written by Daniela, Elena, Silva and Celina.