On Sunday, July 10, the jubilee of the 75th anniversary of the missionary presence of the Priests of the Sacred Heart of Jesus in Mozambique and the Perpetual Profession of Lourenço Domingos Murabela was celebrated in the Parish of Our Lady Queen of the World in Alto Molocue-Malua. The place was chosen because it was in Malua that the evangelization service of the first four Dehonian brothers in Mozambique began. They were: Pietro Comi, Agostino De Ruschi, Luigi Pezzotta, and Raffaele Pizzi.

More than two bishops and 30 priests participated in the liturgy of praise and thanksgiving. Bishop Inácio Lucas, Bishop of Gurue, presided at the Eucharist, Archbishop Cláudio Dalla Zuanna, SCJ, Archbishop of Beira and Father Alessandro Capoferri, provincial superior of the Priests of the Sacred Heart of Jesus in Mozambique, concelebrated.

Many consecrated persons from various congregations were present at this act.

Also taking part in the celebration were political authorities from the province and district; and a multitude of faithful from various Christian communities.

At the beginning of the celebration, remembrance was made of the 55 already deceased Dehonians who worked in Mozambique, with emphasis on Father Ezio Toller who died last year from Covid. 21 of them are buried in Mozambican soil.

The perpetual profession of Lourenço Domingos Murabela, a Mozambican theology student from the Alfragide-Portugal community, also took place during the celebration.

In the shade of the great tree that is the church in Gurúe.

In his homily, Bishop Claudio recalled the history of this church, saying, “We are in the shelter, in the shade of the great tree that is the church of Gurúe, and we are here in Malua where 4 young missionaries brought the Gospel to God’s people. God had already prepared the hearts of these people, but the missionaries did a fine work of sowing seed in the hearts of these people. The seed brought forth the tree and the Dehonians continued to care for this tree despite the time of drought or heavy rain. Some wanted to kill this tree but it resisted, even during the time of the heavy burning fire. The tree began to bear fruit with the emergence of families and communities around the schools. This tree also began to offer as its fruit the children of this same land who dedicated themselves to the service of this people. And today we have the joy of welcoming another one of these sons of the earth, young Dehonian Lorenzo; he will make his life a true mukutxho (sacrifice), and this is all thanks to this Gurúe Church that has been growing for 75 years.

There were difficult times when homes and schools and property, even here in Malua, were taken away. But these missionaries stayed. They continued to take care of people, even during that time when everything was burning, they stood by the people. One realizes that the Church is not the place to stand in the shade but the place to give life. The same is said to Brother Lorenzo today, go and do the same, give his life to people and the mission that Jesus entrusts to you. 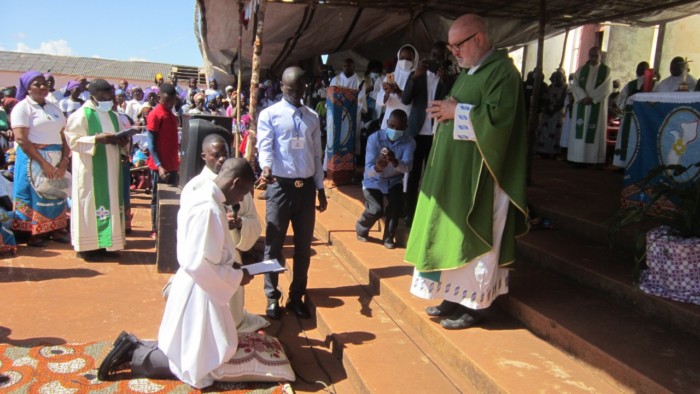 A story that continues…

It has been 75 years but the front is still open. It is good to be in this place of Malua under the intercession of Mary, Mother of the World. We ask for her intercession on our often-trampled people. May her protection continue to multiply the fruits of this tree.”

The celebration, enlivened by singing and dancing, then continued with Lourenço’s Perpetual Profession, a moment well lived with great emotion by all. His profession was the seal to remind everyone that this path of evangelization bears fruit in the field of vocations.

It only remains for the Dehonians to say thank you to this land and the people who have welcomed us.

We thank the Heart of Christ for an intense and fruitful past.

We thank all the entities that along these beautiful but also troubled years have accompanied and supported the life of this congregation entity.

We thank the congregation and its general superiors who have visited and animated our faithfulness to the service of this person and this church.

We want to continue to walk and work for the building of the Kingdom of the Heart of Christ. To Him we entrust ourselves and ask that He fills the hearts of Dehonians in Mozambique with the same passion and love that filled Fr. Dehon’s heart, to continue to be prophets of love and servants of reconciliation.

And may we always keep an open heart in the service of the church and the people. 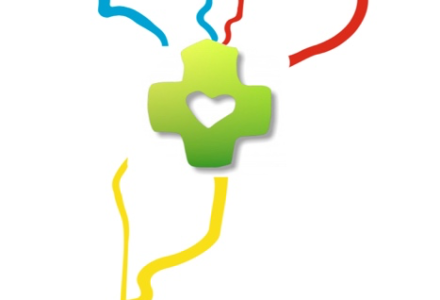 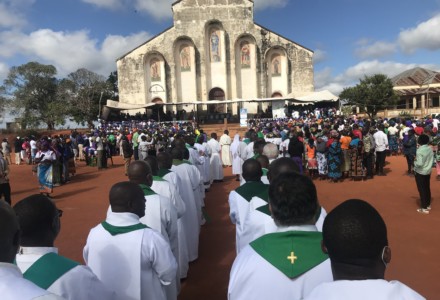 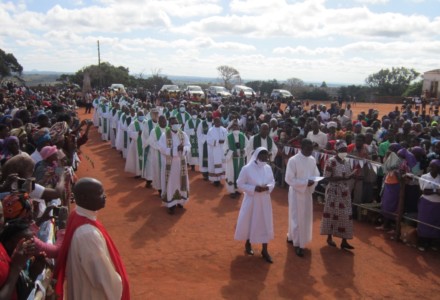 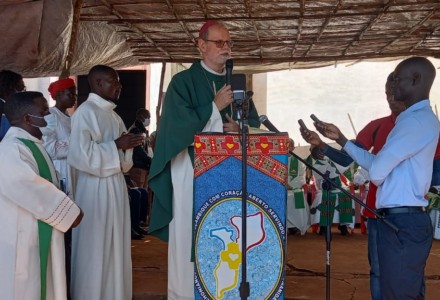 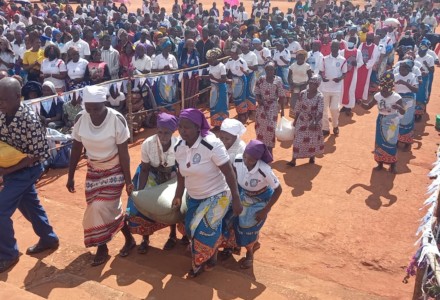 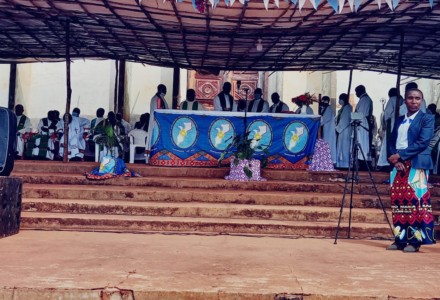 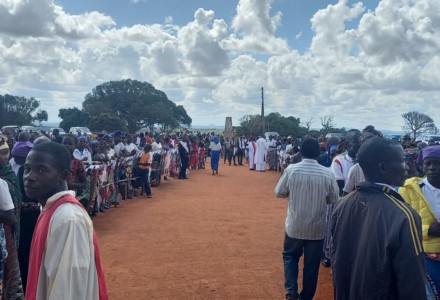 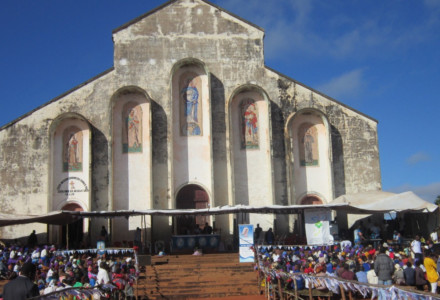 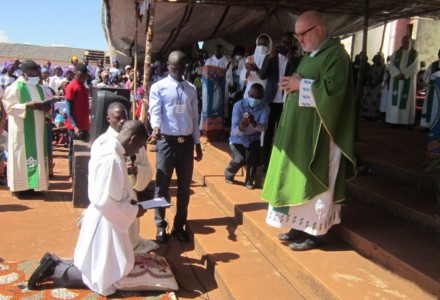 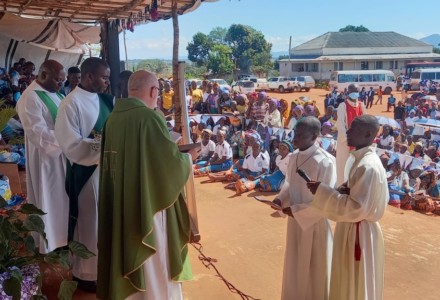 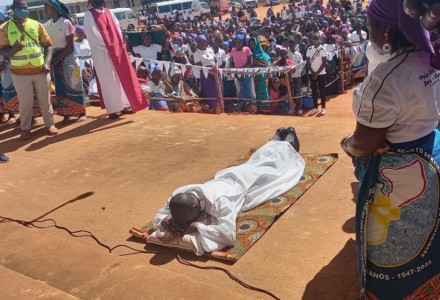 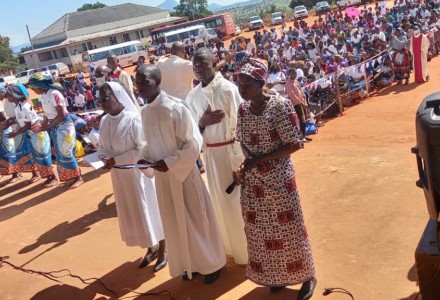 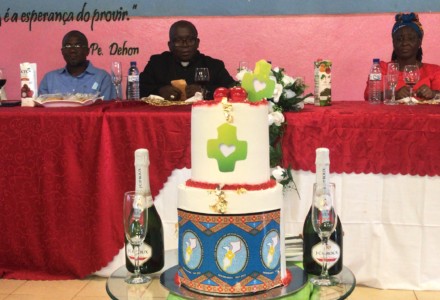 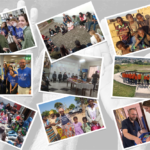 Promises of the Heart in a creative and dynamic way (III)

Promises of the Heart in a creative and dynamic way (III)