Monsignor Murilo Krieger, was bishop in the archdiocese of San Salvador (Brazil) and is now bishop emeritus. He has been living for years again in a Dehonian community. Here his testimony.

As September 19, 2018 approached, when I would be 75 years old and should present to the Pope my resignation from the office of diocesan bishop (cf. CDC, Canon 401), I began to hear the question: Leaving the direction of the Archdiocese of Salvador, where will you live? I tried to be discreet in what I said, although I already knew what to answer, because a question of such importance could not be decided at the last minute.

For me, the decision had been made since I responded positively to the Episcopal nomination at the beginning of February 1985: since I was going to leave the community life in the S.C.J. Congregation in view of a ministry that the Church asked of me, once this mission was accomplished, I would return to the S.C.J. family. That would happen 35 long years later! I worked in four dioceses, which are in three states: Florianopolis – SC, from 1985 to 1991, as Auxiliary Bishop; Ponta Grossa – PR, from 1991 to 1997, as Diocesan Bishop; Maringá – PR, as Archbishop, from 1997 to 2002; Florianopolis – SC, as Archbishop, from 2002 to 2011; and Salvador – BA, as Archbishop Primate, from 2011 to 2020. Only in the Archdiocese of Florianopolis were there Dehonian communities.

Just before the celebration of my 75th birthday, Pope Francis gave the bishops a timely letter: “Learning to say goodbye” (12.02.2018). It was not only for me, but it was also for me that he wrote: “The conclusion of an ecclesial office must be considered an integral part of one’s service, while it requires a new form of availability. One who resigns is called to draw up a new life project and to be available for other pastoral services, equally necessary in the Church. I have heard from some bishops emeritus that they now work almost as much as before, but without the heavy responsibilities they had when they were at the head of a diocese. In practice, they are now guided by the observation of the apostle Paul: “God made us, creating us in Christ Jesus for good works which he prepared in advance for us to do” (Eph 2:10). The important thing, then, is to discover what these good works are that we should practice.

When he turned 75, the question came up again: Where are you going to live? To simplify, he said: I am not going to live alone, because I have always liked living in community. I am not going to stay where I have already worked, because I might disturb my successor with my presence. I am not going to live with relatives, since they already have their lives organized. Finally, I will return to the South Brazilian Province, and for this I already have the approval of the Superiors. I chose the Seminary of Corupá, and my choice was accepted. I lived here for seven years, from 1956 to 1962, and I have great memories of that time. So, in June 2020, ten days after the inauguration of my successor in Salvador, I arrived in Corupá. 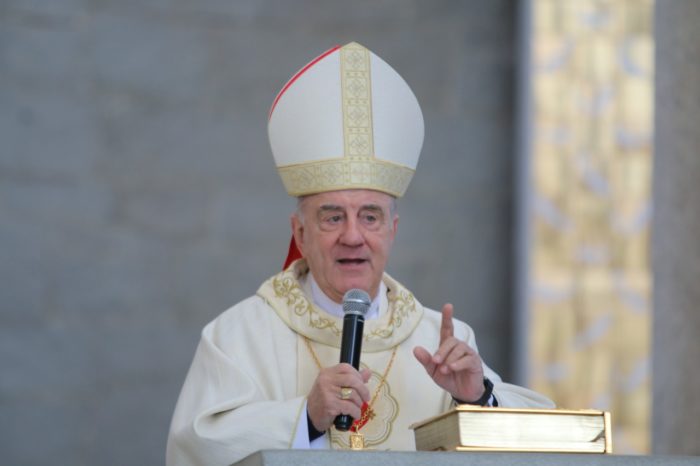 And now? Was it worth it? I have lived a very interesting experience: living in a community with religious people I didn’t know. Some were not even born when I became bishop! However, I feel at home. I found, and not only in the environment of Corupá, but in all the houses of the Province, the same spirit of joy and relaxation of my old times.

From Corupá I go out to help those who ask me, and if what is asked is within my possibilities. My main task has been to preach retreats for priests, including religious. Why this “preferential option for priests?” Once, when I was bishop of Ponta Grossa, I had to look for a preacher for the retreat that was to take place in a few months. I contacted seventeen bishops, and none of them could accept my invitation, because of other commitments. Since then, I have dedicated two or three dates a year for retreats – always and only for priests.

I have seen that our charism is really ecclesial: without trying to “advertise” our Congregation, I introduce in my sermons the need for reparation, immolation and union with the Heart of Jesus in his offering to the Father. In addition, before lunch, 30 or 40 minutes are dedicated to silent Eucharistic adoration. Interesting how this proposal has always been well received!

I know that the limits of age are inexorable. Also in the field of pastoral activities, one day we will have to “learn to say goodbye”. There is the example of Pope Emeritus Benedict XVI, who is particularly devoted to prayer. What a richness his prayers must be for the Church! I also remember the joy that Dom José Antônio do Couto, SCJ religious and Bishop of Taubaté, showed when he told me of his meeting with Pope John Paul II in Aparecida (July 4, 1980). A few months before (December 28, 1979), he had a stroke, which immobilized part of his body. He could only move in a wheelchair, but he still wanted to meet the Pope. When he saw him and greeted him, the now “Saint” John Paul II remarked something along these lines: You, in this wheelchair, may be doing more for the Church than we, who live running around the world!

A conviction has been growing within me: Everything is grace! How merciful God is! He is merciful because he is love. “God is love” (1Jn 4:16), was the motto I chose when I assumed the episcopal service. One of the strongest manifestations of this love has been the people He has placed and still places on my paths; people who serve me and help me; friends that I couldn’t buy with any worldly gold; faithful, that is, beloved sheep, who make me understand why Jesus loves them so much.

Today, with all the more reason I see and witness that Father Dehon was really right when he said that he left us “the most wonderful of treasures: the Heart of Jesus!” 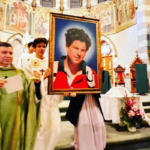 Following the example of the saints

Following the example of the saints