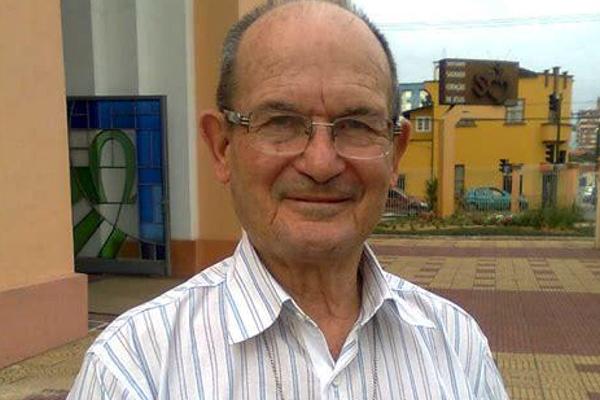 Father Osnildo Carlos Klann was born in Brusque (BR) on September 26, 1937 and was 82 years old. He took his first vows on 2 February 1957 and was ordained priest on 28 June 1964 in the Parish São Luiz Gonzaga, also in the city of Brusque.

At present he lived in the parish house in Jaraguá do Sul with four other priests.

The burial took place at 9 a.m. this Saturday (15) in the Seminário Sagrado Coração de Jesus in Corupá. After that there was a farewell Mass.

Those who are wise will shine as brightly as the expanse of the heavens, and those who have instructed many in uprightness, as bright as stars for all (Dn 12:3)

One life, many struggles

(Mons. Murilo Sebastião Ramos Krieger, scj) – “One life, many struggles”, this would be the possible title of the book, if someone wishes to write about our confrere, Fr. Osnildo Carlos Klann. It is difficult to imagine him in a contemplative monastery, but neither would be true, a biography of him that did not give special emphasis to his profound life of prayer and intense spiritual life.

After his ordination, he began a lifestyle that is worthy of the title given to him during the homily of his Funeral Mass: “A star that shines forever”. As it is written in the book of Prophet Daniel: “Those who instruct many to righteousness shall shine like the stars forever and ever” (Dan 12:3). , Fr. Osnildo Carlos Klann devoted most of his life to the formation of the young people who were seeking religious and priestly life. If there were no  Covid-19 pandemic restrictions, all the SCJ priests and religious of Central-South Brazil, who are touched and inspired by his dedication certainly would have liked to pay their last homage in Corupá, where he was buried and the city would have overcrowded.

He was a star to the lives of countless people. He was a star pointing to God, a star reminding us the importance of the Church, a star teaching us ‘to be a Christian’ is to serve, to give life and to be the grain of wheat above all to be a Christian is to imitate Jesus Christ.

He was a formator and teacher in the Minor Seminary of Lavras/MG – Brazil (1964), Curitiba/PR – Brazil (1964-1965) and Corupá (1966-1967), and of Theology in  Taubaté (1968). He was Provincial Secretary in São Paulo from 1969 to 1975. At that time, he did a course at Makenzie University, in São Paulo/SP – Brazil and graduated in Portuguese and French languages. In 1977 he became again formator and teacher in Corupá; from the following year to 1981, he was Rector of the Seminary. He was then appointed as Councilor of the province and Vice-Provincial (1981); In 1982 he completed a course on formation for religious in Rio de Janeiro. In 1983 he became Novices Master, a position he held until he was elected as Superior of the Province (1991-1997). He became Novices Master again (1997-2001). In 1999 he was appointed as the person in charge of the Formation in the Congregation. He was the Regional Superior of the BRM (Brazil Southern Province) from 2001 to 2003. On August 12, 2003, with the division of the then Southern Brazilian Province into two (BRM and BSP), he became the first Provincial Superior of BRM – a position he held until 2006. In the second semester of that year, he was Parish Vicar in the Parish of São Sebastião, in Jaraguá do Sul. In In 2007 he opted for the Mission in Congo and wanted to spend rest of his life in Congo but he had to return to Brazil due to health issues. Although he was in Brazil his heart remained in Congo. In 2016 he returned to the Parish of São Sebastião in Jaraguá do Sul, where he died on 14 August 2020.

Those who knew his way of being, his love for the Heart of Jesus, his passion for the Church and his affection for our Dehonian Congregation testify that they can not imagine Fr.Osnildo without being what he was: a religious of the Heart of Jesus and a priest. He was a straight and coherent person. He was a man of God; a friend of God. One of his characteristics was transparency. He was what he was; he was what he appeared to be, even in his determination, impetuosity and demands. One could disagree with him, but that did not shake his convictions.

May the Lord give us the grace always to have Fr. Osnildo’s example in our lives so that, like the star that continues to be, he may enlighten us and point out God to us. And may the Heart of Jesus give Father Osnildo the grace to be with him, since he spent his life serving Him, and the grace to be honoured by the Father (Jn 12:26). 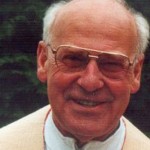 Monsignor Murilo Krieger has been living for years again in a Dehonian community. Here his testimony.