Inculturation and devotion in different contexts 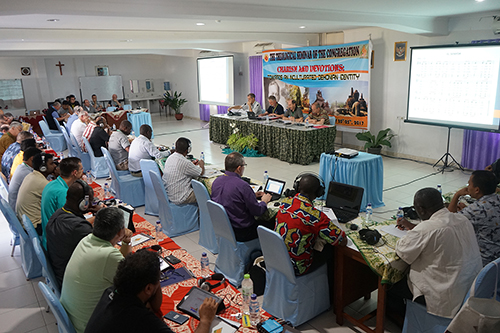 This meeting is an intellectual journey for our Congregation and for service in the Church. This international seminar – held for the first time in Indonesia, Asia – brings hope for further intellectual ministry and for a better understanding on our identity as Dehonians. Asia, the “youngest continent” in our Congregation is a proper place to start our journey filled with the spirit of Sint Unum. Indonesia, at the heart of Asia, offers us also an example to construct our Dehonian identity alongside the process of inculturation through the devotions as lived by the local people. 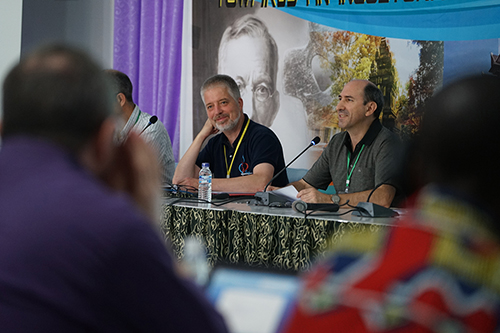 In a strong devotional perspective, Fr. Dehon shared and told us of his faith to the Loving God who always gives His heart for the salvation of humanity. Yet, while we are faithful to Fr. Dehon’s charism, we need to communicate our devotions with different understandings and meanings in the present context. These pursuits are all nurtured by the Holy Spirit and it is exactly why we recognize them as “charism.” 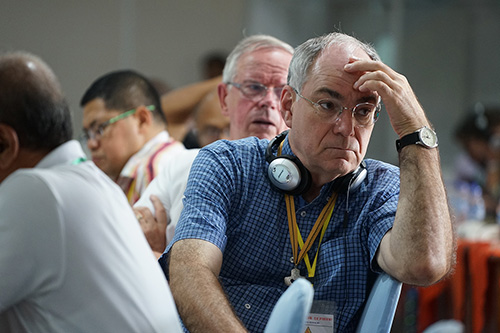 Fr. Stefan Tertunte, scj – the director of Centro Studi Dehoniani – stated: “In this seminar, we are trying to look for the relationships among devotions, charism and our identity as Dehonians. We need to devise the profile and the meaning of devotions and charism.” He then presented the analyses made by Sr. Nicla Spezzati, ASC, for this seminar. 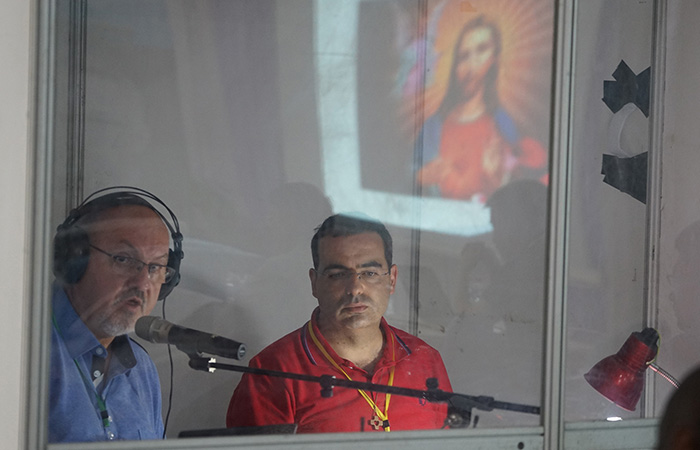 In her paper, Sr. Nicla Spezzati points out that devotions can be a locus theologicus where the originality of spirituality and its interpretation can be found. She suggests that we start by grasping a better and comprehensive understanding of Fr. Dehon’s life, works, charism and devotions. One of the original Dehonian charisms shows not only the special care for and attention to the poor but also the emphasis on the mystical-prophetic voice of love within the Church. Sr. Spezzati then quotes St. John Paul II: “The faith that doesn’t get incultutrated is not a faith fully lived-out.”

The morning session continued with the continental presentations of the theological papers. Fr. Manuel Antonio, scj – representing the Latin America continent – mentions: “The popular devotions among Dehonians are Marian devotion, Sacred Heart devotion, and devotions to Saints. The religiosity of Latin America grows from the family devotions – and devotions start to grow naturally as popular culture.” 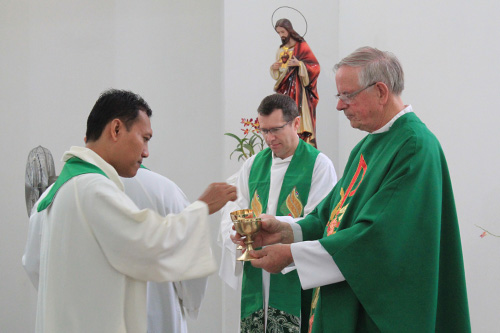 He continued that devotions in Latin America are marked with the syncretism between the culture and religiosity. For Dehonians in Latin America, the Devotion of the Heart means following the way Jesus acts and feels. Despite its popular characteristics, devotions of the Sacred Heart must be reflected deeper through biblical analyses. 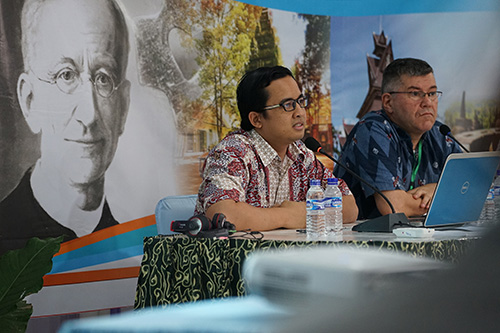 Fr. Yudhistira, scj and Fr. Eduardo, scj, represented the Asia continent. They showed us three main devotions among the Asians: Marian devotion, Sacred Heart devotion and Adoration. Fr. Yudhistira stated that devotions help us to be more united with Christ, to develop the interior life and mission. Some devotional forms which are popular are the use of mantra (chanting the same prayers continuously), pilgrimage, and rosary. The rosary is widely popular –– perhaps –– because of the repetitive character of the prayers, which is very similar to the Muslims’ prayer that repeats the names of Allah. The philosophy of harmony among Asians shapes theological approaches in understanding the devotion. Yet, at the same time, this philosophy challenges us to sustain the core of our faith since harmony would be a door for a syncretic-hermeneutics of Christian faith. 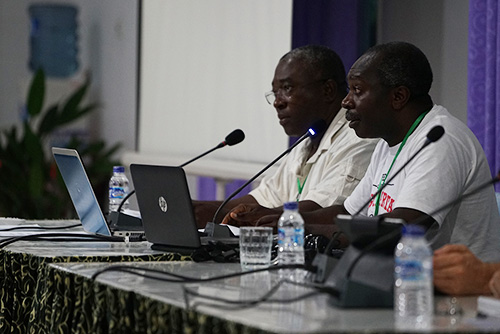 “Identity is always plural yet also always integral. Identity is always in the process of becoming and in the spirit of unity,” said Fr. Joseph Kuate, scj, during his presentation. African confreres have been trying to live out the devotion to the Sacred Heart and share it among the parishioners they serve. This devotion characterizes their approach in the ministry for the poor and the sick in Africa. Of course Africans have a totally different cultural background than Europeans – but the challenges remain the same: how devotions can impact society politically, socially and economically. 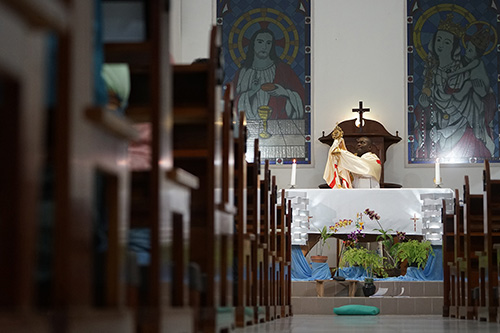 Adoration and a nice dinner then concluded the meeting on this second day. The reports from Latin America, Asia and Africa – followed by fruitful discussions – has been great contribution for our Congregation. Tomorrow, we will continue buy listening and discussing the reports from North America and Europe.