Tuesday was a day of reports and reflection at the Major Superiors meeting, much of it on the General Plan. Again, themes of internationality and interculturality wove throughout the days’ discussions.

“Much of what we are doing, or propose to do in formation is based in the decisions made at the last General Chapter,” said Fr. Léopold Mfouakouet, the general councilor in-charge of formation concerns. “Motion 3 from the chapter called for us to promote ‘an international orientation for initial formation’ in which every scholasticate has a place for young religious from other entities.”

This was one of the topics for small groups to discuss –– how to build on what is already being done, and enhance possibilities for international formation experiences. The need for a second or third language was also emphasized, not only in discussions about formation, but in regards to missions, youth and evangelization.

“We propose that in each entity four confreres receive training to do translation and interpretation of languages,” said Fr. Léopold.

Language was also a concern presented by Fr. Artur Sanecki in regards to the Centro Studi Dehoniani. “We need more help to do research, to produce the center’s publications, to fulfill many of the projects requested,” he said. “We especially need confreres fluent in French.”

And, the center needs the proofreading skills of people in a variety of languages to review the translations that are posted to DehonDocs.

Preparing for the next theological conference

Fr. Artur, the councilor in-charge of the sector on Spirituality, also spoke about the work of the International Theological Commission, which will meet later in the week. The focus of the meeting will be on preparing for next year’s Dehonian Theological Conference in Indonesia.

Fr. Stefan Tertünte, director of the Centro Study Dehoniani and chairperson of the International Theological Commission, said that this will be the first time that the congregation will hold a theological seminar in Asia. Some, he added, are surprised by the seminar’s focus on devotions.

“We need to explore our prayers and devotions,” he said. “Do they give form to a religious experience that is at the center of our Dehonian identity?”

Other topics discussed included availability for the mission (what is an appropriate way to implement Motion 2 from the last General Chapter that asks that each religious, on the occasion of his perpetual vows or priestly ordination, be asked to make a declaration of his availability to the missions), evangelization, youth ministry and education, social concerns (especially migration), the Dehonian Family and communications.

“We don’t want people to just stumble on us by accident,” said Fr. Radek Warenda, vice general secretary. “We must develop a communications strategy so that we can be present to people via a variety of media sources, especially in the digital world.”

A three-day communications workshop will be held in Rome January 3-6, 2017; Fr. Radek was happy to say that most of the entities will be represented at it.

How to fund the future?

Of course, nothing happens without money. Fr Luca Zottoli, general treasurer, and members of the General Finance Commission, spoke about ways in which they are planning for the financial wellbeing of the congregation in the future. Possibilities include establishing a development office on the general level. 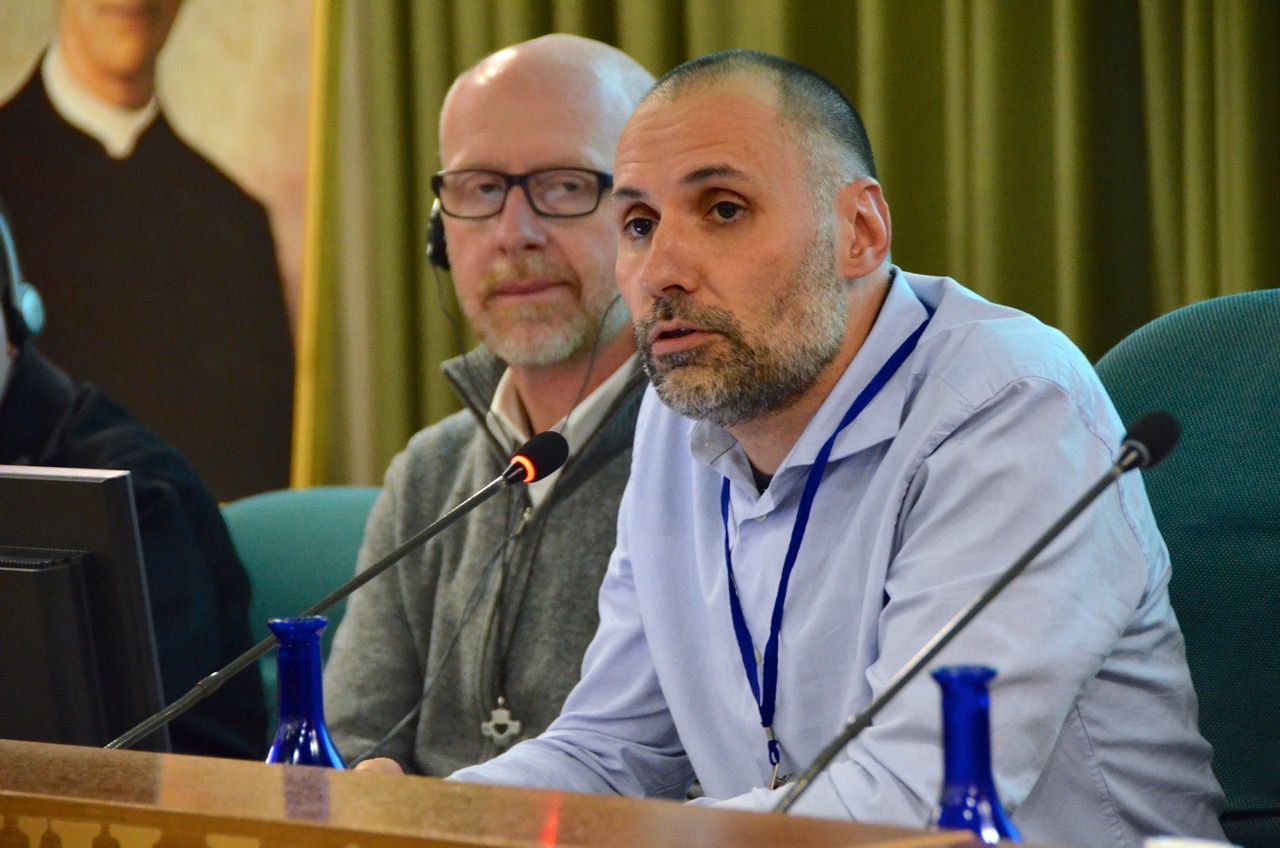 “This is YOUR house,” emphasized Fr. Luca when talking about the Generalate. All Dehonians should feel welcome at the Generalate, but they must also take responsibility for its expenses.

He also noted that financial education needs to be a part of the formation of all young religious.

And, communication is vital in regards to financial issues at all levels of the congregation.

“If you are planning a significant project, such as the construction of a school, be in dialogue with the General Treasurer’s office early,” said Dn. David Nagel of the General Finance Commission. “The office might be able to help coordinate resources from various entities.”

Entities are discouraged from going directly to each other for financial assistance. “We need to work togethe through the General Treasurer’s office,” emphasized Dn. David.

Discussion of several of the topics presented on Tuesday will continue into the next days of the meeting.

Leadership of the Major Superior

Leadership of the Major Superior