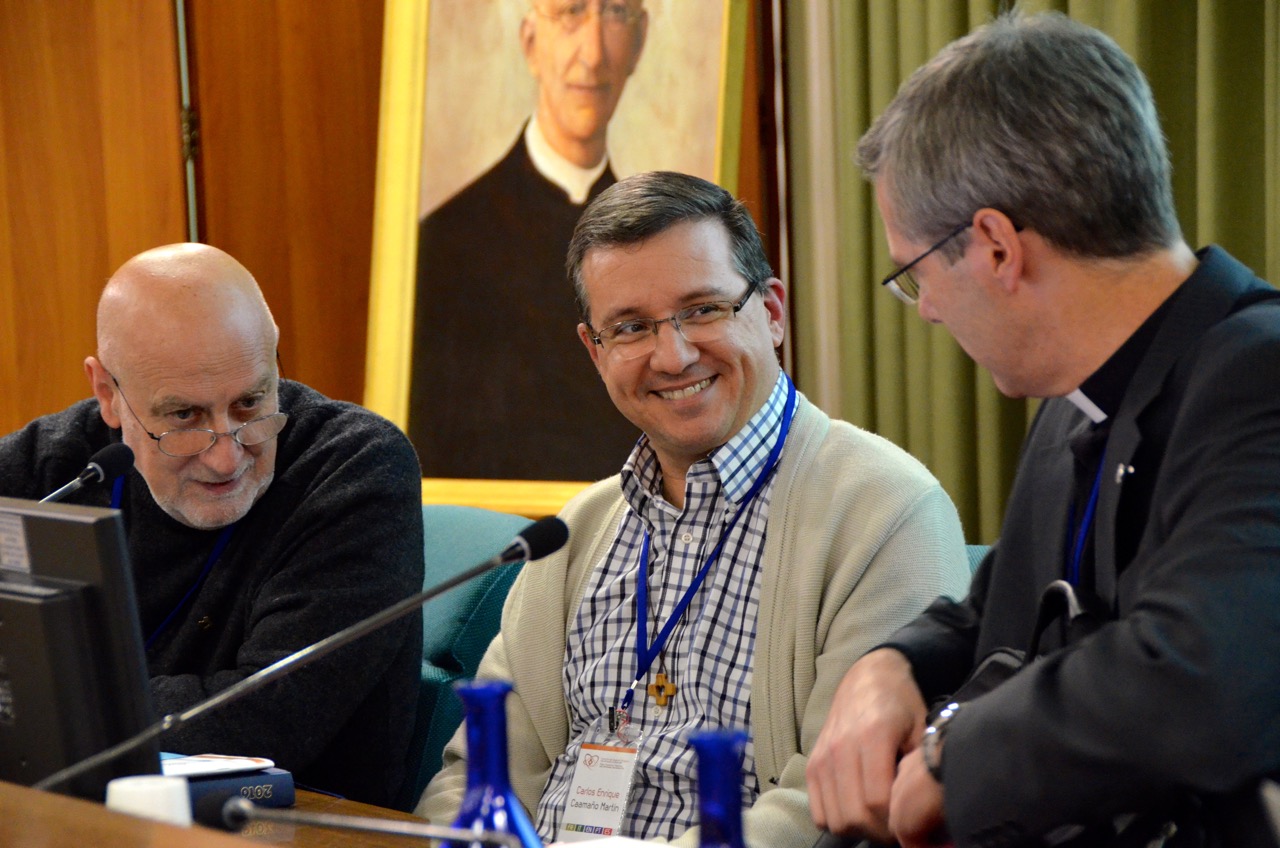 “It has been a year-and-a-half since we have gathered together in this room,” said Fr. Heiner Wilmer in his opening comments at the first Major Superiors Meeting of his administration. “I am respectful of this room; it is a place that has changed my life, changed OUR lives.”

The reference was to the 2015 General Chapter at which Fr. Heiner was elected as superior general of the Priests of the Sacred Heart.

Her topic: “Mercy lived with the poor in community.” She spoke of the divisions, the walls both figurative and real, that separate people. The poor, she said, are discounted as “nothings” left behind such walls.

What is one of the first steps in breaking down the walls? “Living in a spirit of welcome,” she said. “The first element of being a Christian is to welcome… We must always think of ‘the other’ as a sacred guest.”

Religious can play an important role in modeling this “Spirit of Welcome,” inspiring others to welcome a “plurality of identity” on many levels. 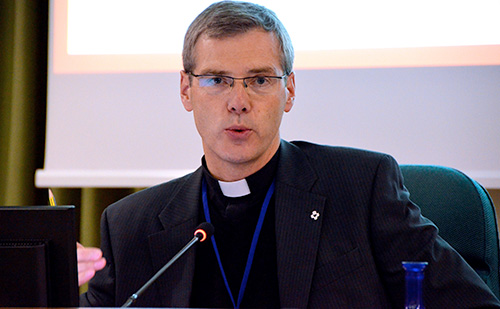 The General Administration reviewed the responses, as well as input from initial visitations and meetings, and proposed three initiatives. “They may be bold,” said Fr. Heiner, “but we must be bold to go on as a congregation.”

The first proposal is for a Dehonian Volunteer Program. This would be an international effort involving collaboration and coordination in recruitment and accompaniment. “We have many structures in place,” said Fr. Heiner. “We do not have to start from scratch. For this to work we need good communication and good will.” The program would be for young adults, men and women. “It could be an important way for us to share our spirituality and how we Dehonians interpret the Gospel.”

Second, the General Administration proposes the development of a Dehonian Migrant Service. “Migration may be the biggest challenge of the 20th century,” said Fr. Heiner. “This is an issue throughout the world.” He envisions a project in which Dehonians accompany migrants from their arrival in a new country to their resettlement. “It would be a way for Dehonians to actually ‘walk the walk’ and not just talk about social justice. We could collaborate with others, other congregations, the local Church, social justice organizations.”

The final proposal is for a Center of the Divine Heart. The focus of the center would be the study and promotion of the spirituality of the Sacred Heart, development of and training in forms of meditation, and finally, a renewed focus on devotions to the Sacred Heart.

The first day closed with Eucharist. Fr. Heiner was the main presider. Reflecting on the Gospel he said that “In a way, Abraham lived like us. Abraham reminds us of the situation we, the sons of Father Leo Dehon, find very often in our own context: Abraham was a monotheist in a pagan society. Many of us live in a society where secularism and atheism are moving forward. Some of us live in a society where Christians are threatened and persecuted.

“Abraham invites us to do as he did: spread the name of God wherever he traveled. Abraham saw himself on a mission from God. It seems that the purpose of the tree he planted, the grove, was to provide hospitality for travelers and migrants and to spread his belief in God throughout the ancient pagan world.”