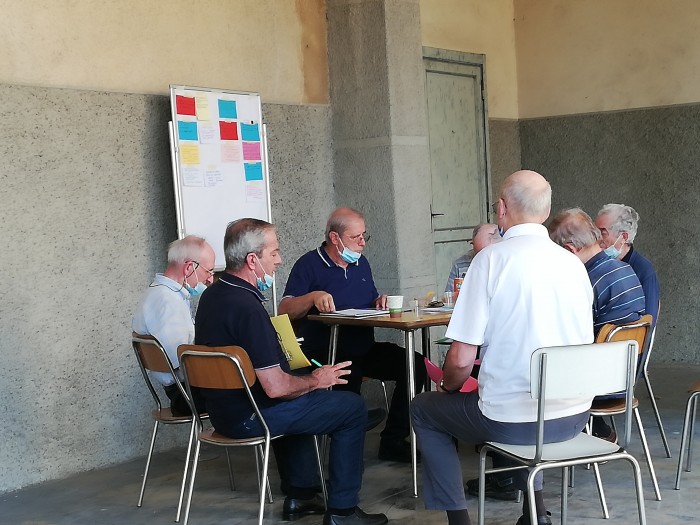 Forty confreres participated in the first of the two provincial assemblies planned in anticipation of the extraordinary provincial chapter of the Dehonians of northern Italy. A married couple from the Focolare Movement led the assembly.
by  Stefano Zamboni, scj

With all the precautions for the ongoing health emergency – from distancing (not more than three people at the table!) to the use of masks both for liturgy and meetings – the first of the two community assemblies scheduled for the next provincial chapter was held in Albino on September 17 and 18. About forty confreres participated, together with the provincial and the now famous three “visitors” confreres. Also with us was Fr. Stephen Huffstetter, vicar general and councilor in charge of province.

The real novelty, however, was that the leadership of the assembly was entrusted to a married couple from the Focolare Movement, Alberto and Eva, who together with some of our confreres, make up the commission for the preparation of the chapter. The suggested slogan was “participate all, participate each”, with the idea that the provincial chapter has already begun. It is not by chance that what came out of this assembly, as well as from Capiago, will enter the ‘Instrumentum laboris’ (Latin for ‘working instrument’) of the chapter.

Search for a common soul 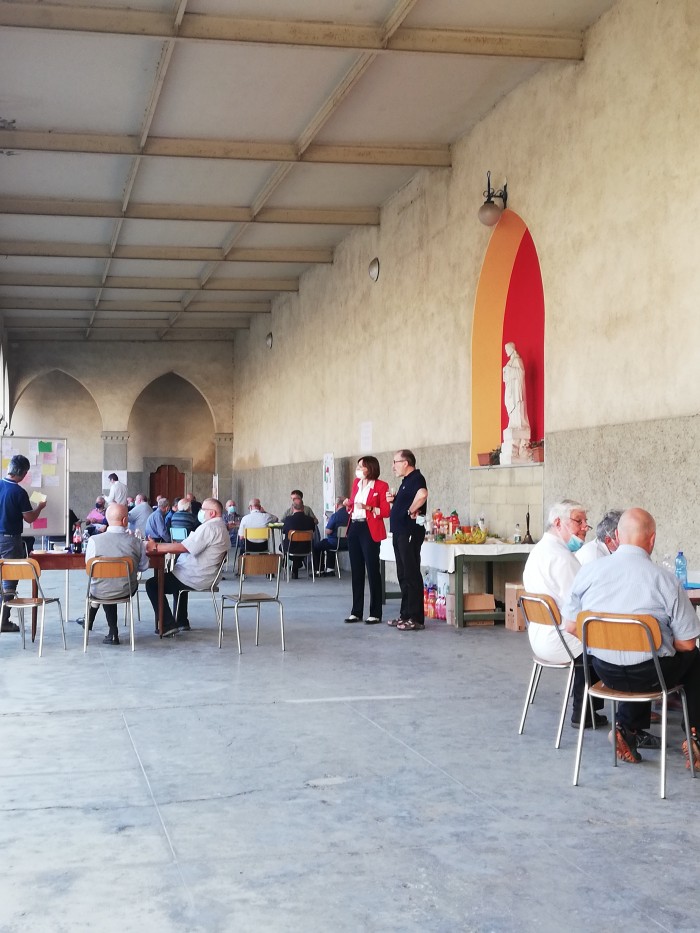 Alberto and Eva’s approach involved us in lively dynamics, made not of endless and often sterile discussions, but of small groups, synthetic proposals, and involvement of everyone. The initial activity immediately made us bring out the desires that moved our being there, the common expectations both with respect to the experience of the two days and in perspective of the results we would like to achieve. In particular, the search for a common soul emerged, to orient ourselves towards clear choices, greater awareness of the problems and challenges of the province, not indulging in pessimism and discouragement.

A very heartfelt moment of the first day was the lectio divina on the Gospel of the day (Lk 7:36-50) introduced by Fr. Daniele Piccini and then continued in small groups, composed of confreres from different communities. The encounter of the sinful woman with Jesus shows how the Lord comes to put in crisis a human gaze made of prejudice, fixed on patterns already known. Simone, spokesperson of official religiosity, is called to convert. The focus is on the relationship, on the convivial moment of the meal, during which Jesus gives us a new way of seeing, offers us a possible opening so that he can enter into our lives. Precisely because the sinner seems to be humanly lost, she has nothing to lose and Jesus can thus be salvation for her life, manifesting himself as an excess and gratuitous love.

With the “Open Space Technology” method

The afternoon’s work was carried out with the method called Open Space Technology designed by Harrison Owen. Seven discussion tables were formed on “sensitive” areas of our life (these are the fanciful titles: “Tree and roots: pastoral of the fourth age” – “From econoMIA to ecoNOSTRA” – “No Dehonian is an island: internationality and mission” – “”It’s raining … government thief!”: government structures” – “Let’s form a moment: community, pastoral, culture” – “Solidarity with …”. – “No longer alone: integrated pastoral”). Each one of us was free to go and discuss the topic that interested him by participating at one table and then being able to move on to another table at any time. There were four basic principles of the method (“Whoever participates in the group is the right person”; “Whatever happens in the group and the only thing that could happen”; “The discussion always starts at the right time”; “When the discussion is over, it is over”).

Starting from the summaries of the proposals made in the individual tables, the following day the so-called “tables of trust” were set up, in charge of elaborating and systematizing the contribution elaborated in the previous day’s work. The document produced was then discussed in plenary, regulated according to a system whereby everyone was given three tickets of two minutes each to “spend” to ask for a change or addition to what was elaborated in the tables of trust. There were thus (at least in many cases!) targeted and concrete interventions. 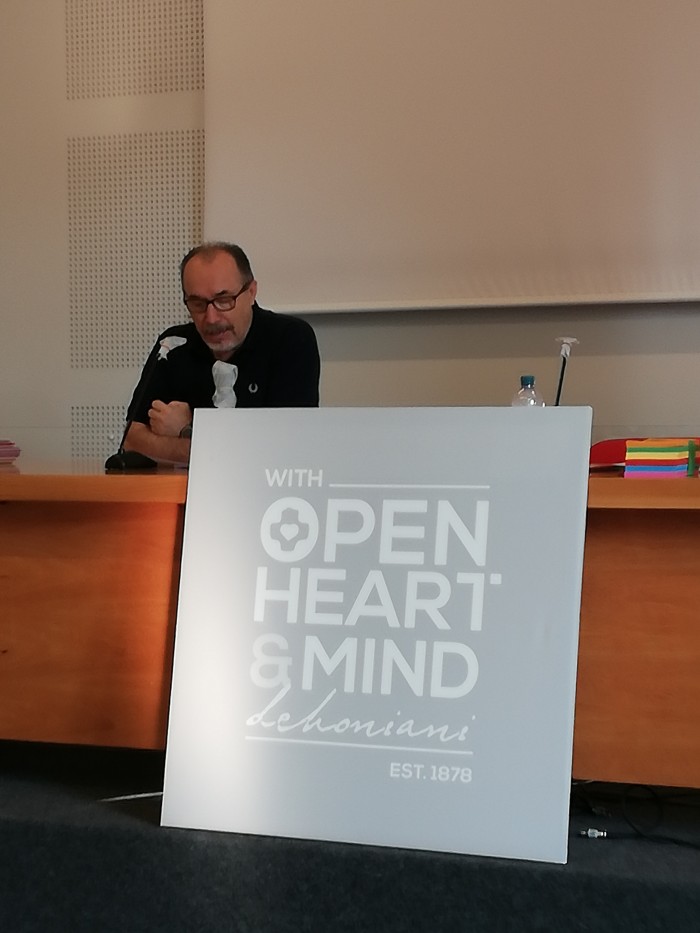 During the assembly there were, of course, some “pills of wisdom” from the Provincial who, in his short speeches, offered some food for thought on community issues. If it is true that the ideal community does not exist, this does not mean that we should not tend towards more and more, avoiding indulging in complaints and defeatism. The community after all is us: our personal realization is not an alternative to community growth, on the contrary. By now outdated the model of the community of observance, the fraternal community must be built. It is not a safe nest, nor a hotel, but a gathering of brothers summoned by God’s mercy. Thus, our growth in the fraternity can only take place from our limits accepted and lived in the light of the Gospel.

Albino’s was a lively, participatory and responsible assembly, in which an atmosphere of fraternal sharing was breathed in. Which, needless to say, bodes well for the next provincial chapter.