300 major superiors from France gathered in Lourdes in an atmosphere of penitence and reflection on the abuses in the French Church. Today, religious life in France is still vital.

The biennial General Assembly (GA) of the Conference of Religious of France (CORREF) met in Lourdes on November 15 – 19, 2021, two weeks after the Conference of the Bishops of France (CEF). We were about 300 major superiors. The GA had to renew its board of directors. It then had to elect the counsel. Finally, the latter had to elect the president. Sister Véronique Margron, OP, a Dominican of the Presentation, was re-elected with flying colors as president of CORREF for a new four-year mandate, so much so that her presidency was appreciated especially in this time of ecclesial crisis.

The rest of the GA was dedicated to the reception of the Sauvé report on “Sexual violence in the Catholic Church, France 1950-2020” (cf. https://www.ciase.fr/rapport-final/): prayer; listening to victims of sexual abuse, who have become witnesses; listening to Jean-Marc Sauvé himself, president of CIASE (Independent Commission on Sexual Abuse in the Church); reflection-debate in groups and in plenary; openness to the world (more specifically, sexual abuse in the Church in Africa); vote on resolutions…

Specifically, several resolutions were passed by an overwhelming majority to follow up on the Sauvé Report.

The first resolution establishes an independent Commission for Recognition and Reparation (CIRR). Its mission is to welcome and listen to the victims (minors and vulnerable adults), to give credence to their testimony, to take their requests into account, to ensure just reparation by the religious institute concerned, and to mediate between the two parties to reach an agreement. The president of this commission will be the magistrate Antoine Garapon, who will choose the members (volunteers) of the commission in complete independence. The operating costs of this commission will be entirely financed by CORREF. The CIRR will work in close coordination with the commission set up by the bishops to compensate minor victims of sexual abuse committed by diocesan priests.

Another resolution dealt with the creation of an endowment fund called the Reparations Fund for Victims of Sexual Abuse by Religious. The principle of subsidiarity will govern the action of this fund, which will be exclusively competent to grant reparation when a religious institute or a society of apostolic life, a member of CORREF, has disappeared or has proven its insolvency. Its competence will be bound by the deliberations of the independent Commission for Recognition and Reparation, which will indicate the amount of financial reparation to be granted in the particular case. Male religious institutes and male societies of apostolic life (which are much more affected than female institutes by sexual abuse) will directly contribute to this subsidiary or substitute endowment fund by giving up to 100 € per religious residing in France.

This first face-to-face participation, in addition to the penitential and recollected climate in connection with the universal crisis of sexual abuse and the presence of victims, made me discover even more the extraordinary diversity of religious institutes (affiliated to CORREF) present on the French territory (more than 400). The quality of the exchanges, meetings, debates and resolutions also revealed to me the vitality of religious life today in France. 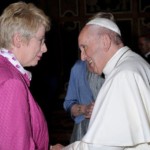 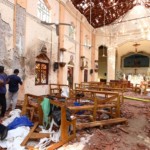 The Conference of Religious of Venezuela (CONVER) has created a commission for the care and prevention of abuse.