A singular event marked the day of October 22, 2021 at the Catholic University of Louvain in Louvain-La-Neuve: the Tribute Session, on the occasion of the emeritus of Professor Joseph Famerée. The ceremony was organized by the Faculty of Theology and the Institute of Religions, Spiritualities, Cultures and Societies with the participation of professors from the two Catholic Universities of Louvain, those of Louvain-la-Neuve (UCL, French-speaking) and Leuven (KUL, Dutch- and English-speaking), as well as the Faculty of Theology of Geneva, students and researchers, friends, and acquaintances of Father Joseph Famerée, and, of course, half a dozen or so of his Dehonians confreres.

Several speeches were given during the tribute session, ranging from the introductory speech by Professor Walter Lesch, President of the Institute of Religions, Spiritualities, Cultures, and Societies, to the speech by Professor Geert Van Oyen, Dean of the Faculty of Theology, and the presentation by Professor Benoît Bourgine of the collective volume of homage published in honor of the elected official of the day, entitled Le souci de toutes les Églises. If the first one captivated the audience’s attention by involving them in a questioning game about the one who was granted emeritus, but also about what the concept of emeritus or the relevance of ecumenism could mean today, the following ones drew up a panorama of the rich and demanding academic career of the professor admitted to emeritus. Biographical features will then shed light on the trajectory, vision and convictions of Professor Joseph Famerée, who made ecumenism and the theology of Vatican II the heart of his ecclesiological thought.

His ecclesiological thinking will be further highlighted by special guests at this ceremony, Professors Elisabeth Parmentier of the University of Geneva and Peter De Mey of the Catholic University of Leuven, who will in turn answer the question of the day: Engaging in ecumenism today. Why? How? Demonstrating the complexity of the ecumenical field, but also its necessity for the vitality and survival of the Churches (so that the Gospel may be authentically proclaimed, so that divisions do not take precedence over the Gospel, so that the fullness of the Faith may be the goal of all), the speakers noted the relevance and value of the work of Professor Joseph Famerée, his commitment not only intellectually but also personally, which make him a rare specimen, difficult to replace. Ecclesiologists are not running around, and even less so those who are convinced that ecumenism is the future of our churches and our society. The responsibility of the leaders of the Churches was thus evoked to get rid of restrictions and barriers of all kinds so that the unity of the Churches in their diversity may finally be realized, so that the Churches may reach a “differentiated consensus”, a fundamental concept in the work and reflections of Professor Joseph Famerée. In addition to the contributions of Professors Parmentier and De Mey, there was a written tribute by Professor Christos Filiotis of the University of Thessalonica, who was unable to attend due to health reasons. With concrete examples, he showed how ecumenism was made alive in and through the person of Professor Joseph Famerée, noting, beyond the differences between Catholics and Orthodox, ecumenical high points such as liturgy, sacramentality and ministeriality.

A work that continues

As one speaker reported, Prof. Famerée will have traveled the world, across ecclesial boundaries, to Catholic, Protestant and Orthodox university chairs, preaching the unity of the churches in the “fullness of faith”, the healing of memories that is the way, the valuing of a “transformative language” and performative, which is the means, and above all, the “differentiated consensus” or the recognition of legitimate differences on the basis of a fundamental consensus. As has been said many times, the professor emeritus is not leaving the world of academia and research for good. He will continue, as far as possible, various collaborations, not only so that his convictions continue to spread, but also so that his teaching will enlighten the following generations. So, emeritus is not a sweet rest (especially when, in the meantime, one becomes a provincial), but it is, as a wise man used to say: “to have many merits”. To your merits, then, dear Professor Joseph Famerée, scj. 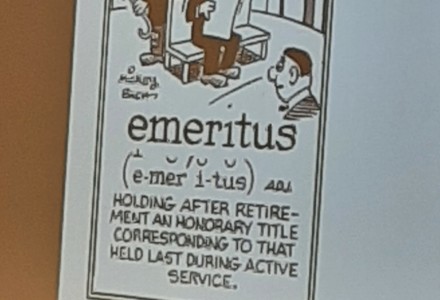 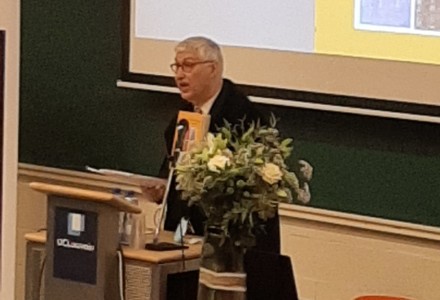 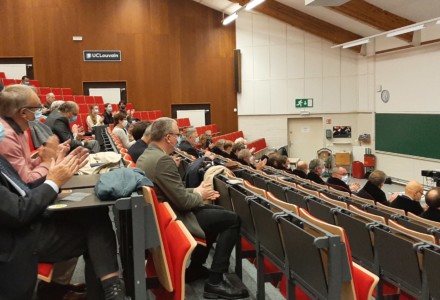 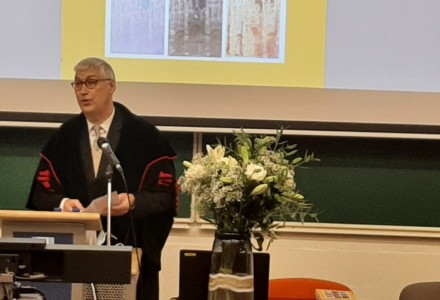 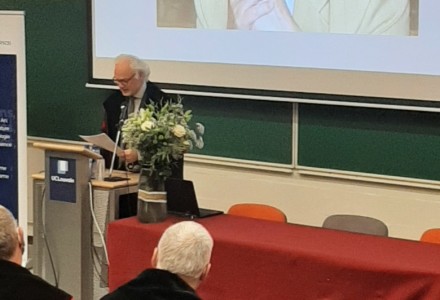 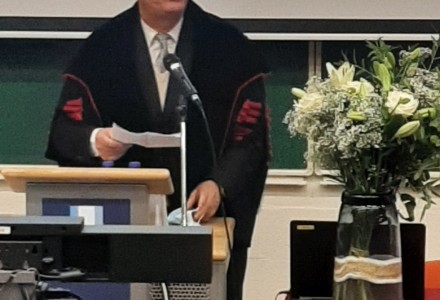 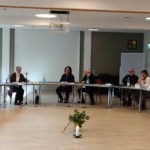 Union and oblation, finding the way and aim 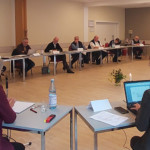 300 major superiors from France gathered in Lourdes in an atmosphere of penitence and reflection on the abuses in the French Church. Today, religious life in France is still vital.

In an interview, fr. Charles gives us his first feelings.

Union and oblation, finding the way and aim