On 14 October 2020, the Superior General Fr. Carlos Luis Suarez Codorniù has appointed a new general councilor, Fr. Charles Aimé Koudjou, replacing the outgoing Fr. Léopold Mfouakouet. “I was called to Rome for team work,” said the new councilor, during an interview shortly after the announcement of his appointment.

Upon his arrival in Rome on 12 January 2021, the General Curia planned the ceremony for the official taking of his office as general councilor during the community mass on Saturday 16 January.

The rite began after the reading of the Gospel with the introductory word of the Superior General, which was followed by the public reading, by the general secretary, of the official document of the appointment, already signed and dry sealed. The new councilor then made the promise of taking up the office by placing his hand on the book of the Gospels, shown by the Superior General. After the oath, there was an embrace of greeting from the Superior General and the other councilors, a tangible sign of welcome in the team, precisely for team work within the Congregation.

The Eucharistic celebration continued, as usual, with the homily, in which the Superior General focused on the first reading which highlighted Samuel’s call (1Sam 3,3b-10.19). As always, God takes the initiative to reveal himself to man. He is a God who always surprises, who approaches, who always has to tell us, that he desires to be heard. This is the God that Samuel will be passionate about and that he will rely on throughout his life.

“I wish you two things: that your sleep in Rome will be like Samuel’s, that is, sleep well, and that your words and actions help us to seek and live the will of the Master”, concluded the Superior General. 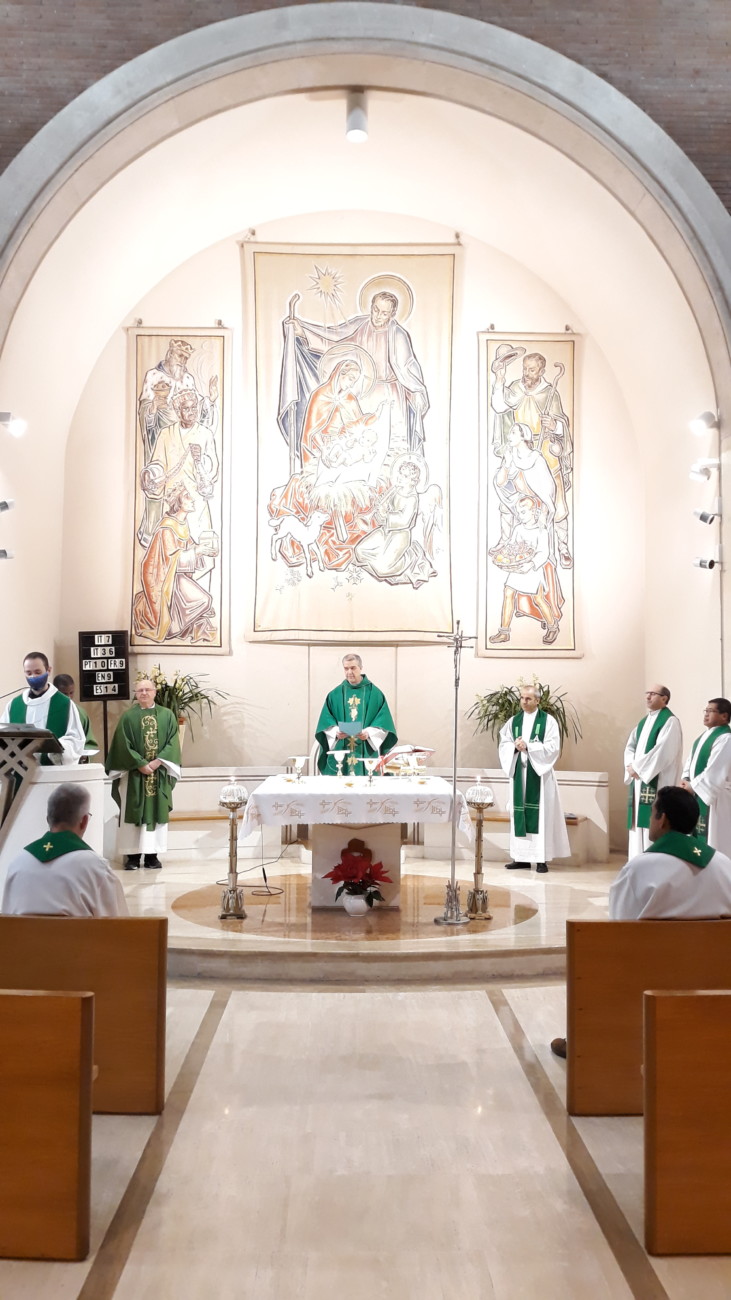 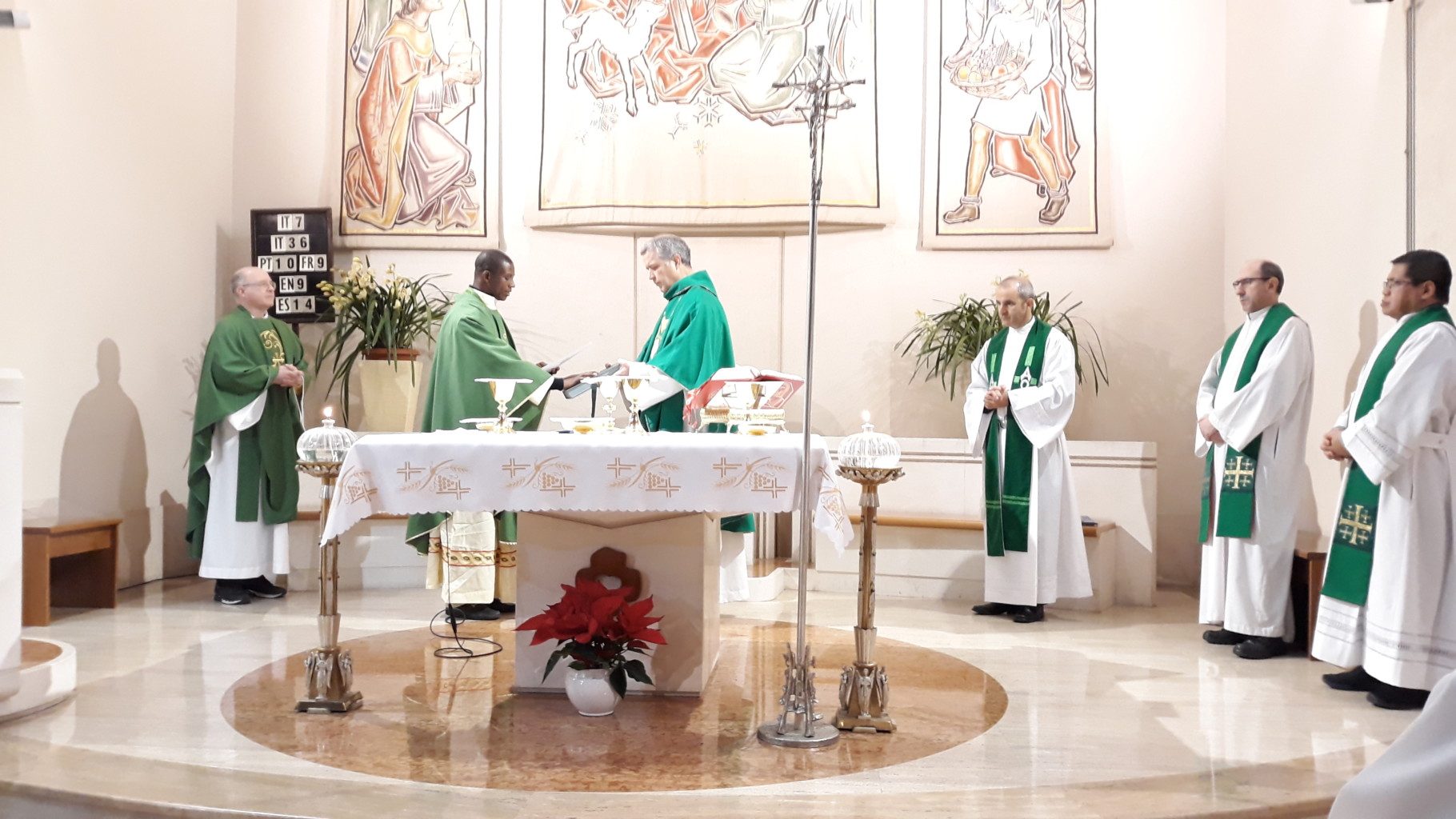 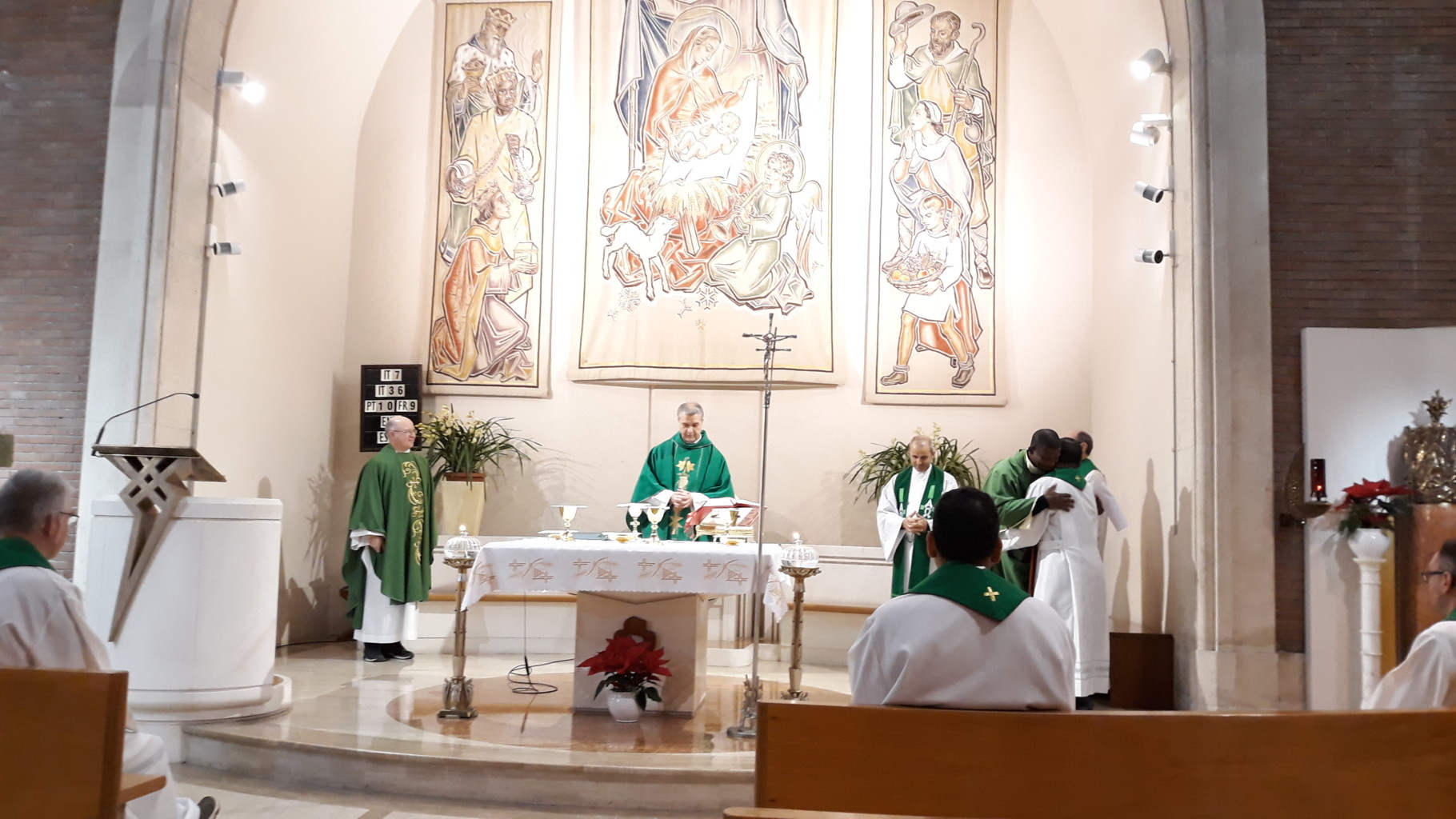 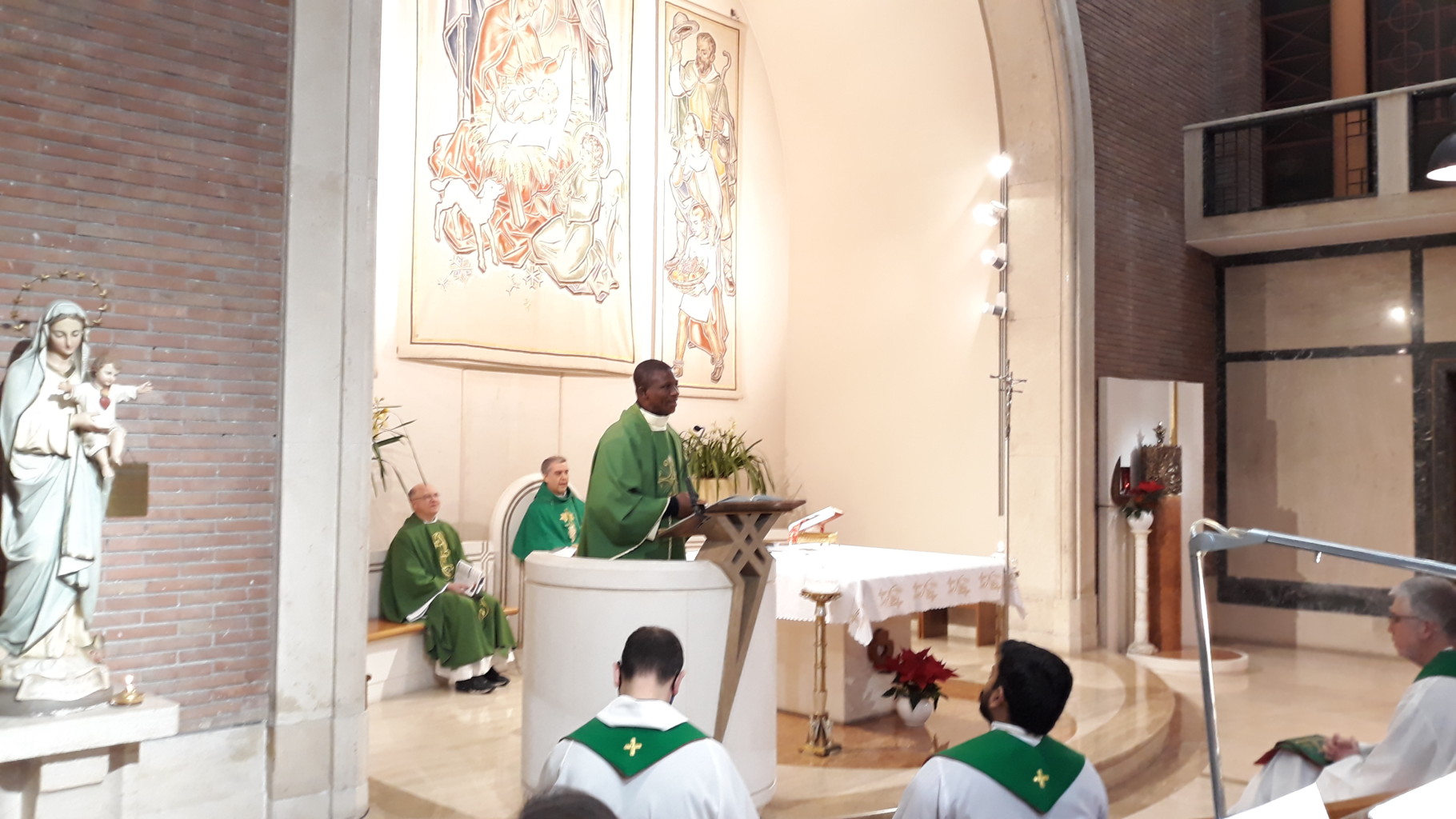 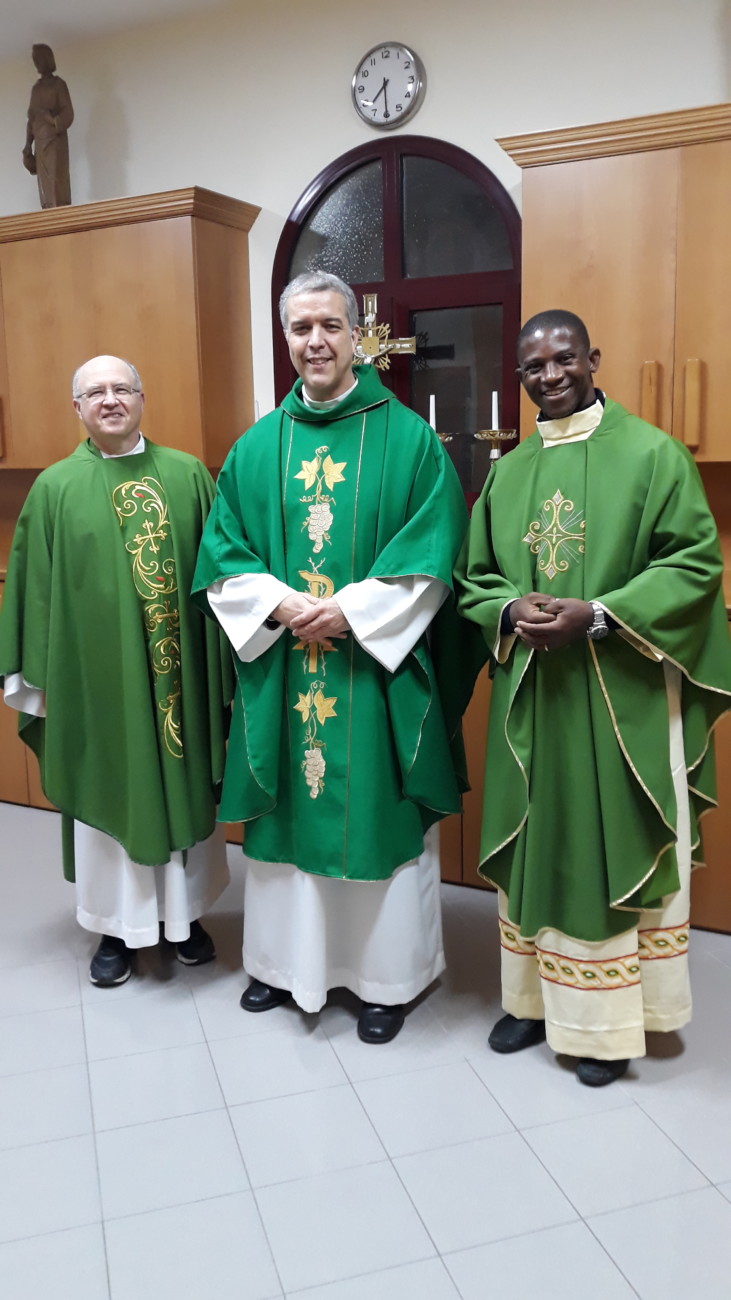 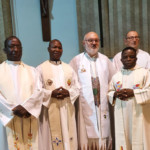 In an interview, fr. Charles gives us his first feelings.