On September 1, thousands of people, including Dehonians from around the world, filled the cathedral of Hildesheim and two nearby churches to be a part of the episcopal ordination of Heiner Wilmer, SCJ, as the 71st bishop of the German diocese.

Archbishop Stefan Heße of Hamburg was the ordaining bishop. The Apostolic Nuncio, Archbishop Nikola Eterovic, presented the papal certificate of appointment to the new bishop. Among the concelebrants were Bishop José Ornelas Carvalho, who served as Dehonian superior general before Bishop Heiner, and Fr. Carlos Luis Suarez Codorniú, the newly elected superior general.

Until his appointment, Bishop Wilmer was the superior general of the Priests of the Sacred Heart (Dehonians). His coat of arms prominently features the Dehonian cross, which is also his bishop’s cross.

His motto, “Adiutores Gaudii Vestri,” based on 2 Corinthians 1:24, encompasses his understanding of his service as bishop. St. Paul writes: “Not that we lord it over your faith; rather, we work together for your joy, for you stand firm in the faith.”

The Diocese of Hildesheim, which includes the city of Hanover, is one of the oldest dioceses in the world. It was founded in 815 and is located in northern Germany; it is over 18,5000 square miles and includes approximately 610,000 Catholics and 200 priests. Bishop Wilmer succeeds Bishop Norbert Trelle, who headed the diocese from 2006 until 2017.

Bishop Wilmer was provincial superior of the German Province when he was elected superior general in 2015. He was born on April 9, 1961 in Schapen, Germany, was ordained in 1987, and professed his first vows with the congregation in 1982.

Prior to his service as provincial superior Bishop Wilmer held a number of positions in education. From 1998 – 2007 he was headmaster of Gymnasium Leoninum in Handrup, Germany. Before that, he spent a year teaching German and history at the Jesuit’s Fordham Preparatory School in New York (USA).

From 1995 – 1997 he served at Liebfrauenschulem, a school in Vechta, northern Germany, as a teacher of religion, history and politics, as well as a school chaplain.

Bishop Wilmer has also taken part in several social initiatives with the poor and disenfranchised. In 2006 he spent three months in Caracas, Venezuela, doing catechesis among the city’s barrios. From 1996 – 1997 he worked to develop a training initiative for women at a penitentiary in Vechta (Germany).

During his year teaching in New York he served in the Jesuits’ soup kitchen. And in 1993 he spent four months in Toronto, Canada, serving as a chaplain at “L’Arche Daybreak,” a residential home for people with disabilities.

His studies have included French Philosophy at Pontifical Gregorian University in Rome, and Fundamental Theology at the University of Freiburg, where he earned his doctorate. The title of his thesis: “Mystik zwischen Tun und Denken. Zum Ort der Mystik in der Philosophie Maurice Blondels” [Mysticism between doing and thinking. The place of mysticism in the philosophy of Maurice Blondel]

After the episcopal ordination, thousands moved to the cathedral courtyard for an outdoor party. A German band played as German-themed foods were shared with the crowd, including German beer! 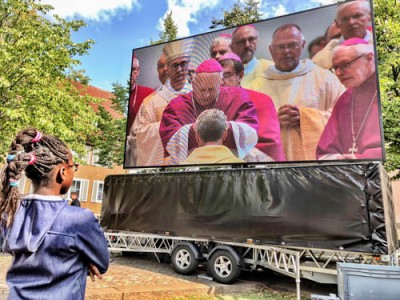 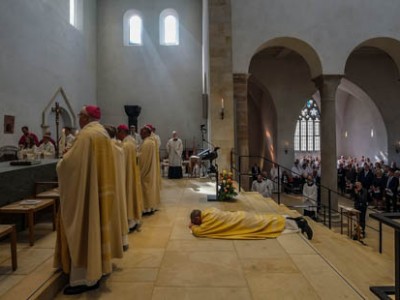 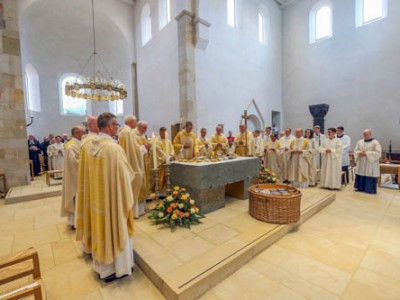 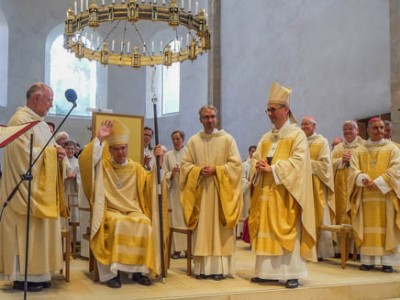 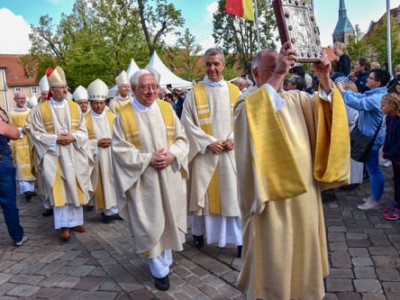 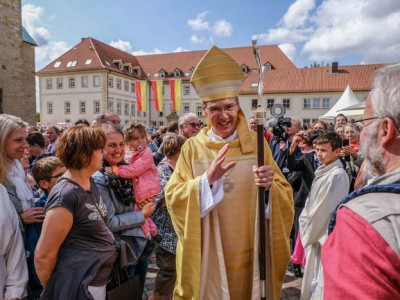 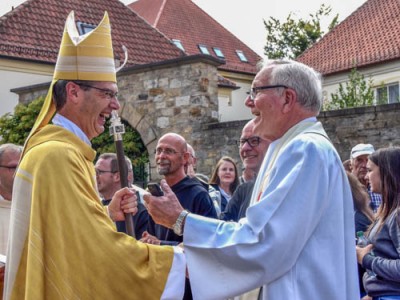 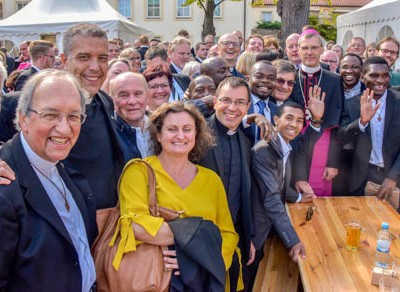 Visiting the sources of Dehonian spirituality

Visiting the sources of Dehonian spirituality