To prepare these notes I scrolled through the headlines that the website Settimananews.it. This is a website that belongs to the Northern Italian province and is dedicated to the synod. There are more than a hundred of them and they range from direct testimonies in local synods to theological reflections on synodality to guidelines from the magisterium, both papal and episcopal. I gathered some impressions.

This is the first time a national synod has been celebrated in Italy. But an important synodal track is the one marked by the national conventions that have been celebrated every decade since 1976. The latest is the one in Florence in 2016. These have been important experiences because they have accustomed the dioceses to work together and to verify the decade-long pastoral projects that the bishops have gradually promoted. But apart from the first one, celebrated in Rome in 1976, the role of the laity has not been particularly important. The entire conception and management bore the mark of the clergy and bishops. There has been very little contribution from the laity.

Spreading and telling the synod

This is why the idea launched by Pope Francis at the last of the national conferences (Florence 2016) surprised many and was slow to take off. Settimananews immediately appreciated the pope’s invitation and undertook to disseminate and report on the first steps. The pandemic greatly slowed the possibility of meeting and some resistance did the rest.

Rather than enumerating the problems, which are otherwise numerous, of Catholicism in Italy, an attempt has been made to make evident the synodal process as a form proper to the life of the Church. Rather than celebrating an event, it is a matter of experiencing a form of ecclesial living in which the invocation of the Spirit, mutual listening, respectful confrontation and responsible decision-making are grounded together. Synodality is far more important than any documents.

The four construction sites and many other issues

After the first year dedicated to mutual listening, which involved 206 of the country’s 226 dioceses, 40,000 appointments and about half a million attendees, a second year of mutual listening awaits us, focusing on four areas: internal collaboration between laity and priests; listening to the marginal or silent “worlds” such as the poor, youth, women, professions, etc.; the issue of church structures that are now cumbersome for our Christian communities; and finally a free area offered to the choice of each diocese.

There will be many issues to be addressed such as catechesis, education, formation for politics, the role of women, the centrality of the Word, the abuse of clergy, the formation of clergy, etc. But the greatest challenge seems to be not so much to update the Church but to reinvent it. The synod cannot be a mere adjustment to greater dialogue in the Church, but the reinvention of the practice and experience of faith in connection with the radical changes that history imposes on everyone. 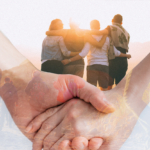 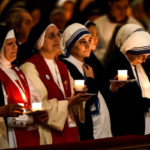