Since 2001, the Dehonian family has been putting synodality into practice. It is expressed in collaboration in the same mission and in the spirit of communion, collaboration and co-responsibility.

One of the original insights of Fr. Dehon, the founder of the Dehonians, concerned cooperation with the laity. It is no coincidence that the Reparatory Association, which involved the laity and was dedicated to cooperation in the spirituality and mission of the Congregation, was founded in the same year as the religious Congregation of the Oblates of the Sacred Heart (1878).

Relationships among different vocations around the Dehonian charism have always been marked by the spirit of communion, cooperation and co-responsibility, all important elements in understanding and putting into practice the concept of synodality. The concrete forms in living out these relationships have changed with the passage of time.

The current way of understanding this reality, which is embodied in the formula Dehonian Family, was elaborated during the period when Fr. Virginio Bressanelli was superior general of the Congregation (1991-2003). Under his direction, the Charter of Communion of the Dehonian Family (December 2001) and the Proposal of Life for Lay Dehonians were published.

The Dehonian Family is composed of three realities:

In the post-conciliar vision, for the last two components (institutes/congregations and laity) the point of reference is no longer the Dehonian Congregation, but directly the figure of Fr. Dehon and his spirituality. Their mission is therefore to actualize and realize Fr. Dehon’s charism, which is given to the Church, in the context of their state of life (religious or lay).

The Dehonian Family today is present in various parts of the world, most notably in Brazil, Mozambique, Portugal, Spain and Indonesia.

The values that characterize synodality are visible in the way lay people, institutes and members of the Dehonian congregation create and live their relationships. Coordinations, at various levels of the Dehonian Family, are a laboratory for the communion of vocations and thus of synodality. Communion is expressed well in the sharing of spirituality, formation and mission (groups of lay Dehonians who are in continuous contact with Dehonian confreres in the many Dehonian entities). A good example of the element of co-responsibility is in the cooperation of the laity with members of the Dehonian congregation in various formation or social works.

To show the creativity of the Dehonian Family phenomenon, it is perhaps worth mentioning the interesting situation in Spain where, at the same time, we have the presence of two types of interaction between SCJ congregation and laity. On the one hand, there are Dehonian Family groups, which focus on sharing spirituality and prayer. On the other hand, there are numerous lay collaborators in schools who gather in Misión compartida groups, which is about co-responsibility in the educational works of the SCJ congregation. 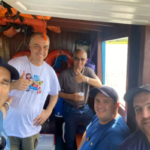 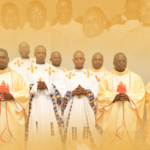 Dehonian Spiritual Centers on the Net

Connecting from Rome with Father Artur Sanecki, general counselor and head of the spirituality sector.