Before chapter delegates could move to the voting process for the General Council they took care of a few administrative details. First was the question of entity representation at the chapter. When a delegate is elected to the General Council he no longer represents his entity. Should a substitute delegate be named to take his place? Because of limited time, chapter delegates suggested that this question be studied outside of the chapter.

The next question regarded the role of General Councilor. Current tradition is that a member of each geo-cultural area is represented on the council. But is that the most appropriate model for the congregation at this time? Instead of geographic representation, several delegates suggested that councilors be chosen for their talents and skills. What are the priorities of the congregation at this time and what are the skills needed on a General Council to assist the Superior General in addressing those priorities?

Fr. Carlos Luis Suarez Codorniú, the new superior general, said that for him, one of the most important qualities that he envisions in a general councilor is the willingness to help and to be helped. “We have to have the courage to be helped as well as offer help,” he said.

In the afternoon session all five members of the General Council were elected. They are (in order of election): 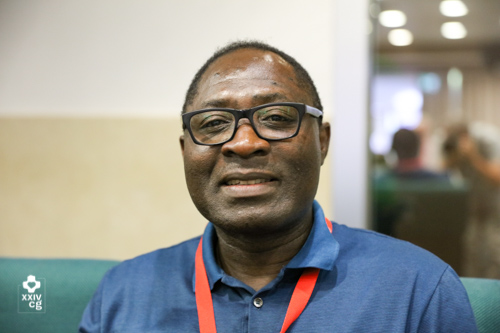 Fr. Léopold Mfouakouet, SCJ – The former provincial superior of Cameroon also served on the previous General Council. Born in 1968, he was professed in 1988 and ordained in 1995. He has served in parish ministry, in formation, and as a professor at the Catholic University in Yaundé.

Fr. Stephen Huffstetter, SCJ – Fr. Steve also served on the previous General Council. The former provincial superior of the US Province professed his first vows in 1982 and was ordained in 1989. Before service as provincial superior he was director of St. Joseph’s Indian School in South Dakota. He has also served in formation, and in pastoral ministry on the Indian reservations of South Dakota. 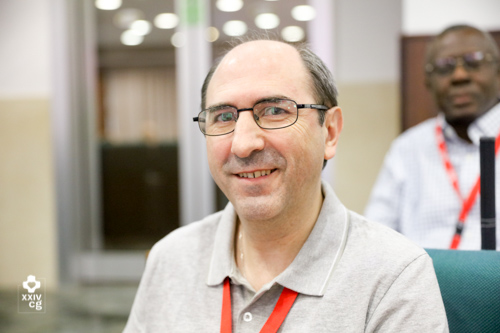 Fr. Artur Sanecki, SCJ – Fr. Artur was the third member of the previous council to be re-elected. The former provincial superior of the Polish Province is 52, professed his first vows in 1985 and was ordained in 1991. He has served in formation and has taught theology, including at the Pontifical University in Krakow. Fr. Arthur holds a doctorate in Biblical Theology from the Gregorian Pontifical University in Rome. 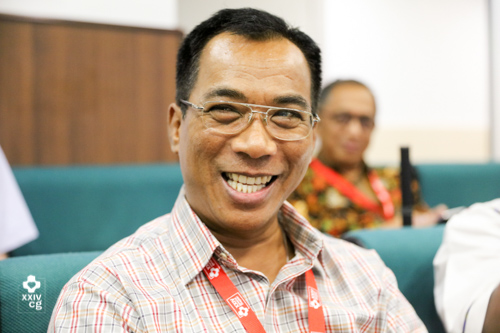 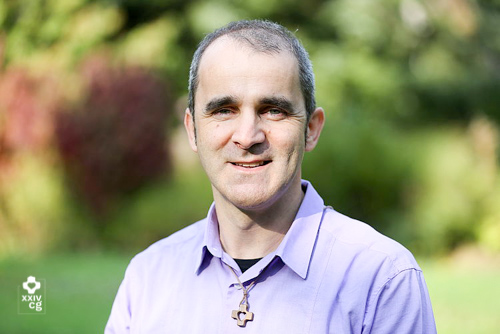 Fr. Levi Dos Anjos Ferreira, SCJ – Fr. Levi was the fifth and final SCJ elected to the General Council for the Priests of the Sacred Heart (Dehonains). Originally from Brazil, he has served in the German Province for several years. Fr. Levi was born in 1972, professed in 1994 and ordained in 2002. He currently serves as novice master in Freiburg, Germany. He was the only one elected to the council who was not present at the chapter. Fr. Levi, who served on the preparatory commission, will join the chapter as soon as possible.