He most recently lived and served in Caracas (Venezuela), where he teaches Sacred Scripture. He was also Rector of the Institute of Theology for Religious (ITER, Venezuela) and Dean of the Faculty of Theology of the Catholic University Andrés Bello (UCAB, Venezuela).

Fr. Carlos Luis served briefly in India, but for most of the past 30 years Venezuela has been his home. It is a country where poverty and civil unrest seem to grow daily.

“We are in a country that is deeply divided socially, politically and economically,” said Fr. Carlos Luis said in an interview. “For that reason, reconciliation is not just something that needs to happen individually, but something that is a task for society. A task for all, but most especially for us. We [Dehonians] refer to ourselves as ‘Servants of Reconciliation’. Starting with the Heart of Jesus we want to change the hearts of people too, so that we can change everything.”

Fr. Carlos Luis has a six-year term. The election took place in Rome during the 24th General Chapter of the Priests of the Sacred Heart. The chapter began on July 14 and concludes on July 27. In the days ahead chapter delegates will select a new General Council to support Fr. Carlos Luis Suarez Codorniú in the governing of the congregation. 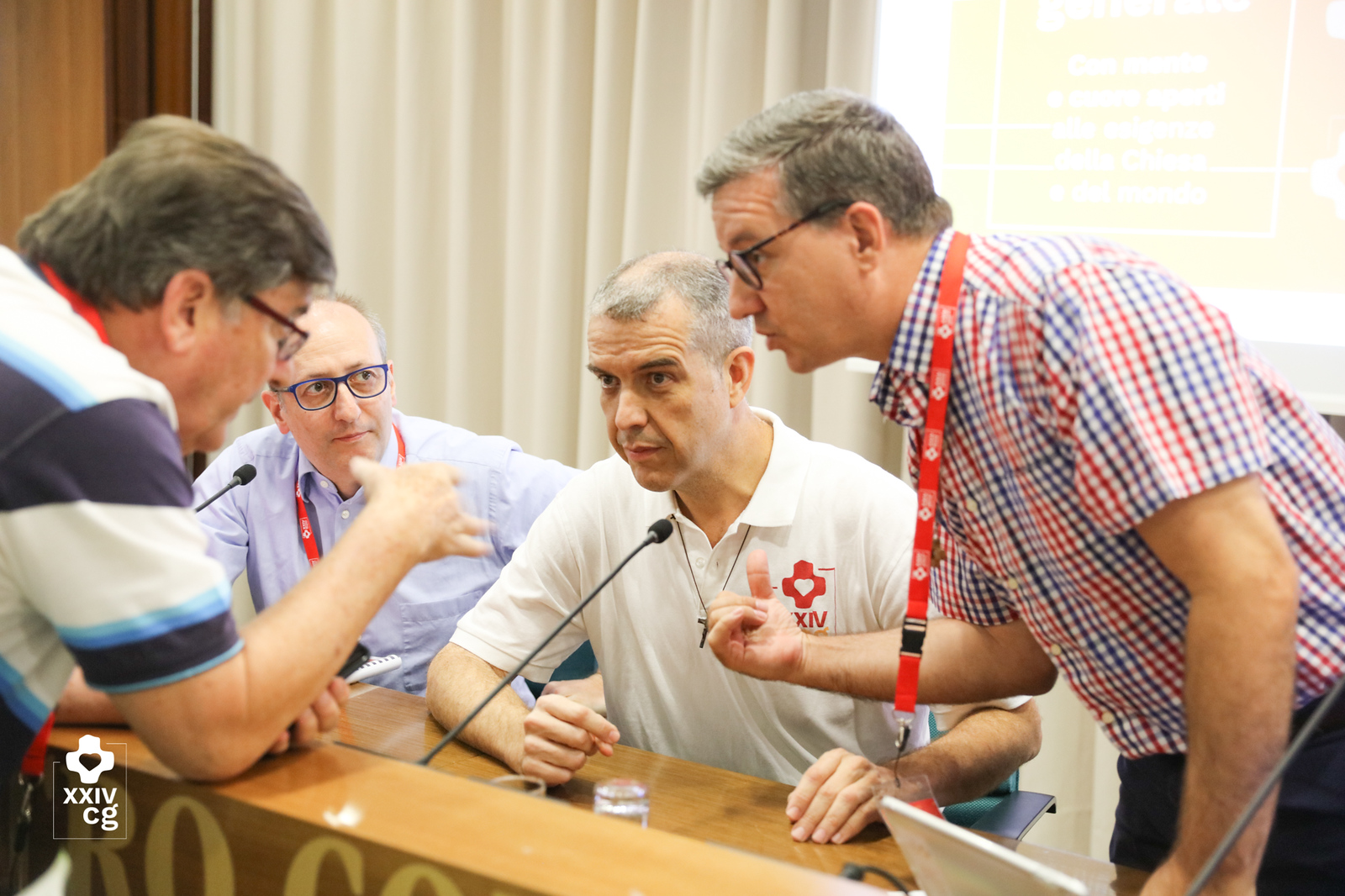 In the afternoon, the chapter reconvened in the meeting hall to prepare for the election of the General Council. However, before discerning particular names to serve on the council, delegates took time to discuss the council’s structure. In the past, councilors generally had responsibility for the geo-cultural areas from which they came. Should other possibilities be considered?

Much depends on the role of the vicar general, something which is now determined by each superior general. If the vicar’s duties require him to remain at the Generalate for extended periods of the year would he still have time to appropriately accompany one or more entities? Would it be better to have a six-member council so that the vicar could be more available for administrative concerns?

The delegates ended the day in discussion groups to reflect on these issues.