Yesterday, chapter delegates gathered in continental groups to prepare reports about their geo-cultural areas. Africa was the first to give its presentation.

Themes of internationality and interculturality wove their way throughout the African report. Today, those same themes were found in presentations from North America, Asia and Latin America.

International SCJs are vital to maintaining and growing the Dehonian presence in North America. Both Canada and the US seek ways to better welcome their international confreres. Dehonians in North America also feel called to action in regard to immigration concerns. They have sponsored immigrant families, facilitated educational opportunities concerning migration, and are in dialogue about immigration with politicians, church leaders and those with whom they work and serve. 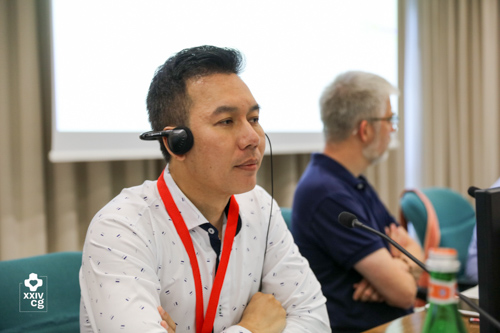 “We SCJs in North America stand in solidarity with our migrant brothers and sisters,” said Fr. Vien Nguyen, reporting for the continent. “We want to convey the message that we are with you, you are welcome here.”

The North Americans also spoke about the ESL program (English as a Second Language) in the US Province, collaborative academic programs at Sacred Heart Seminary and School of Theology, the multicultural parish of St. Thomas More near Toronto, continental retreats, the establishment of a North American Theological Commission, and the sharing of the Dehonian charism with employees and other collaborators.

The theme of internationality continued in the Asian report.

The Dehonian presence in Asia includes India, Indonesia, Vietnam, and the Philippines. It is the fastest growing area of the congregation with 380 vowed members, 500 total including candidates. Begun in a missionary spirit, Asia is now a strong source of missionaries to the rest of the congregation. 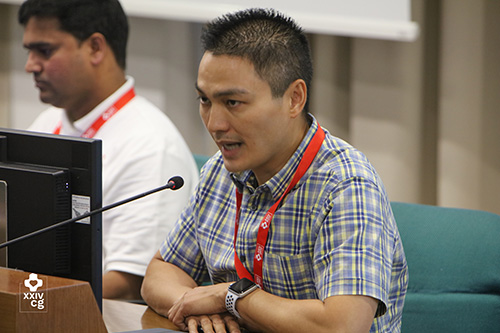 Fr. Francis Vu Tran gave a brief history of the youngest of the entities: Vietnam. Established in 2013, Fr. Francis succeeded the district’s first superior, Fr. Rino Venturin, in 2016. One of the priorities of the district is for the congregation to obtain government recognition as a religious community. Just last week Fr. Francis learned that the SCJs received legal status in Saigon (Ho Chi Minh City); soon the community hopes to have such status nationally. This will allow Vietnamese priests to be ordained and serve in the country.

Vietnam is blessed with many vocations, but it is difficult to find space for them in the three officially sanctioned seminaries. The district collaborates with other entities within and outside of Asia for education and ministry.

“Internationality and interculturality is at the heart of our foundations like no other part of world,” said Fr. Michael Augstine Moses of India. Missionaries from many entities have come to Asia, and Asian missionaries can be found in countries such as Italy, Finland, Brazil, France, Canada and the United States, as well as at the Generalate in Rome. 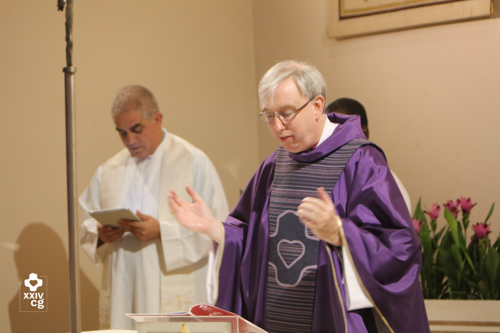 The Asian entities share with their African confreres a concern about financial self-sufficiency. All are seeking ways to lessen their dependency on outside resources. Living and ministering in areas of poverty, the Asian entities make social outreach a priority.

“We are committed to the social component of the Dehonian charism,” said Fr. Michael.

In Latin America, internationality is experienced in many ways, but more recently in an unexpected place: Colombia.

Following the General Administration’s suggestion to enhance missionary activities on the continent, Latin American SCJs have been exploring possibilities for a Dehonian presence in Colombia.

Little did they know that there already was one. 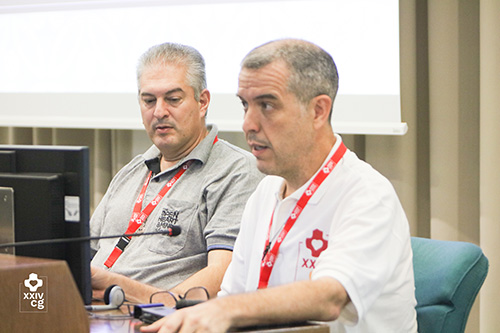 In recent years Venezuelans have fled their country’s civil unrest, most often to neighboring Colombia. Among them are a significant number of lay Dehonians, people who had been a part of Dehonian Family groups in Venezuela. When they learned that two SCJs would be visiting Colombia, they wanted to be there to greet them. Fr. Carlos Luis Suárez Codorniu shared photos and spoke about the Dehonian families that he met in Bogotá. The group tries to meet monthly and hopes that once again they will have regular contact with the SCJs.

Latin American SCJs are just beginning the fact-finding process to learn where the Dehonian charism can most effectively respond to the people of Colombia.

Fr. Leonardo Javier Zampa, provincial superior of Argentina, highlighted hopes and challenges for SCJs in Latin America. Priorities include developing a greater sense of ownership in regard to vocations, noting that vocation ministry is the responsibility of all SCJs and all entities. He also spoke about creating a better sense of the “common purse,” formation, youth ministry, the use of digital media, and the need to be mindful of not placing too many responsibilities on any one person or community. 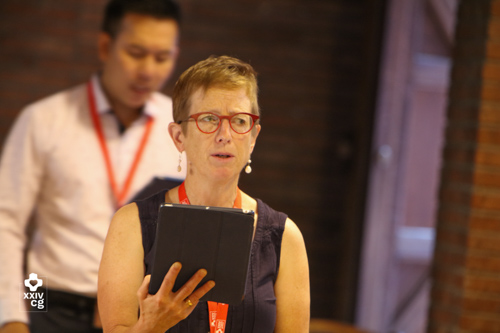